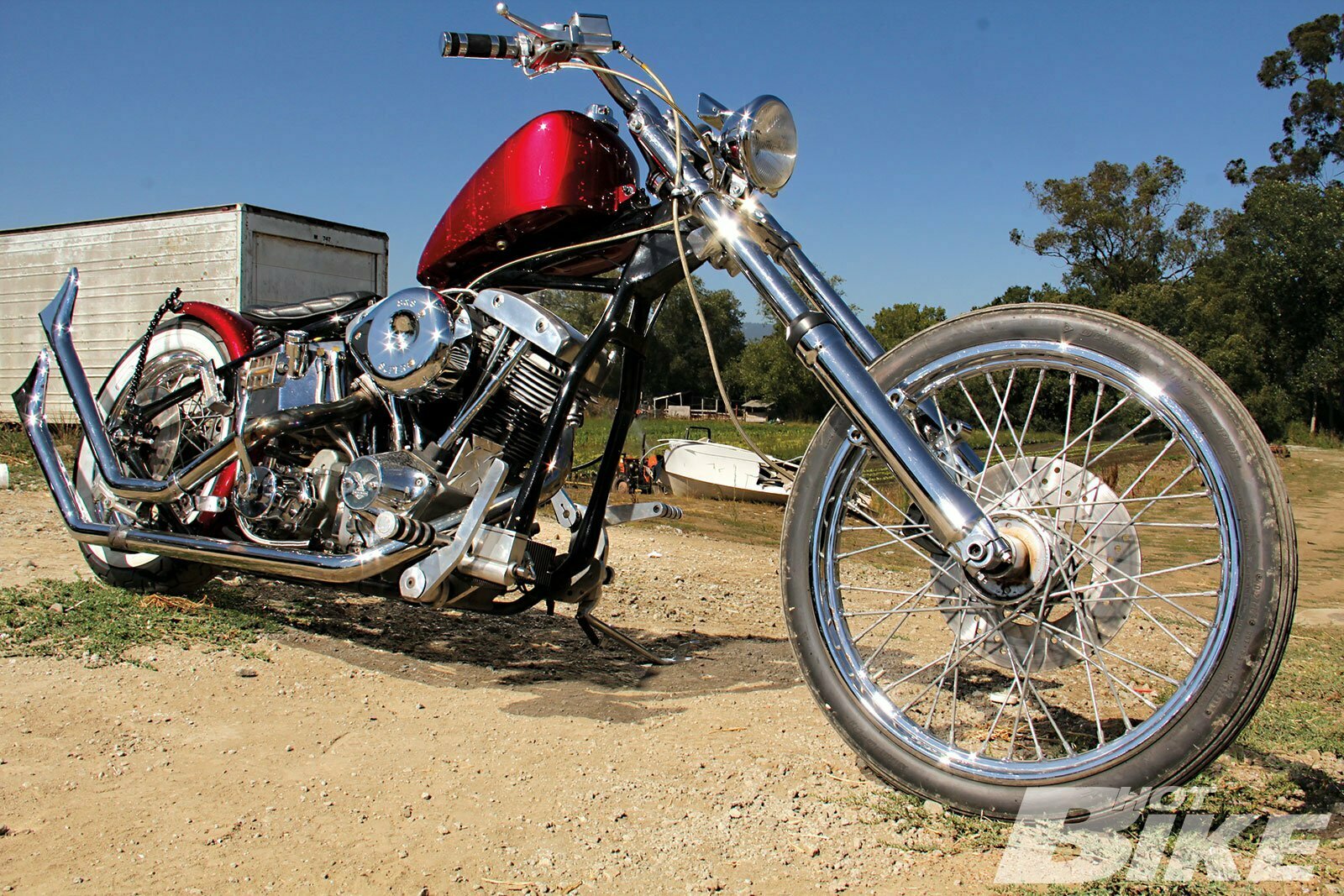 In 1987 a movie called La Bamba opened at box offices nationwide and to the surprise of many, the movie was an overwhelming success. The film focused on the short life and career of Chicano rock-n-roll legend Ritchie Valens (played by Lou Diamond Philips) and also the friendship and rivalry between him and his half-brother Bob Morales (played by Esai Morales). An overlooked additional two-wheeled character also made an appearance in the background of the movie in the form of a 1974 Shovelhead. The movie had the full support of the Valenzuela family and Ritchie’s mother and brother were on set daily. Bob Morales was a real-life biker who got his first bike at age 17 from a friend of the family that belonged to the Galloping Goose MC’s.

Joe Cabrera from Watsonville, California, ended up buying the bike that made a cameo in La Bamba from his friend, Bob Morales, as a basket case. “Joe was my neighbor,” says Hapo Sanchez, the current owner of the bike. “Joe had sold the bike to a guy from Salinas and sometime later he sold it to me,” explains Hapo who used to ride as a kid with his father, Lupe Sanchez. “The guy had invested more than seven thousand in the bike and he ended up selling it to me for two thousand as a rolling chassis. I don’t know why he sold it that cheap but I didn’t let the deal pass me up” says Hapo. “The guy was going for a more modern look but when I got it, I went with a traditional chopper look.”

“I was at a concert with my girlfriend, Hilary Guzman, and Bob Morales showed up to the concert with his wife and daughter. My girlfriend ended up being best friends with Bob’s daughter, Bly Morales, and that’s how I met him. We started talking about bikes and that’s how I found out I had his old bike.” Hapo is planning on keeping the bike since it used to belong to his good friend and neighbor, Joe. “Two great people owned that bike so I can’t just let it go and my son has shown great interest in owning it, so I might save it for him.”

On to mounting the chain! Words and Photos: John Zamora When last we left our hero, we’d just removed the […]

Paint Rehab with the Mothers PowerBall