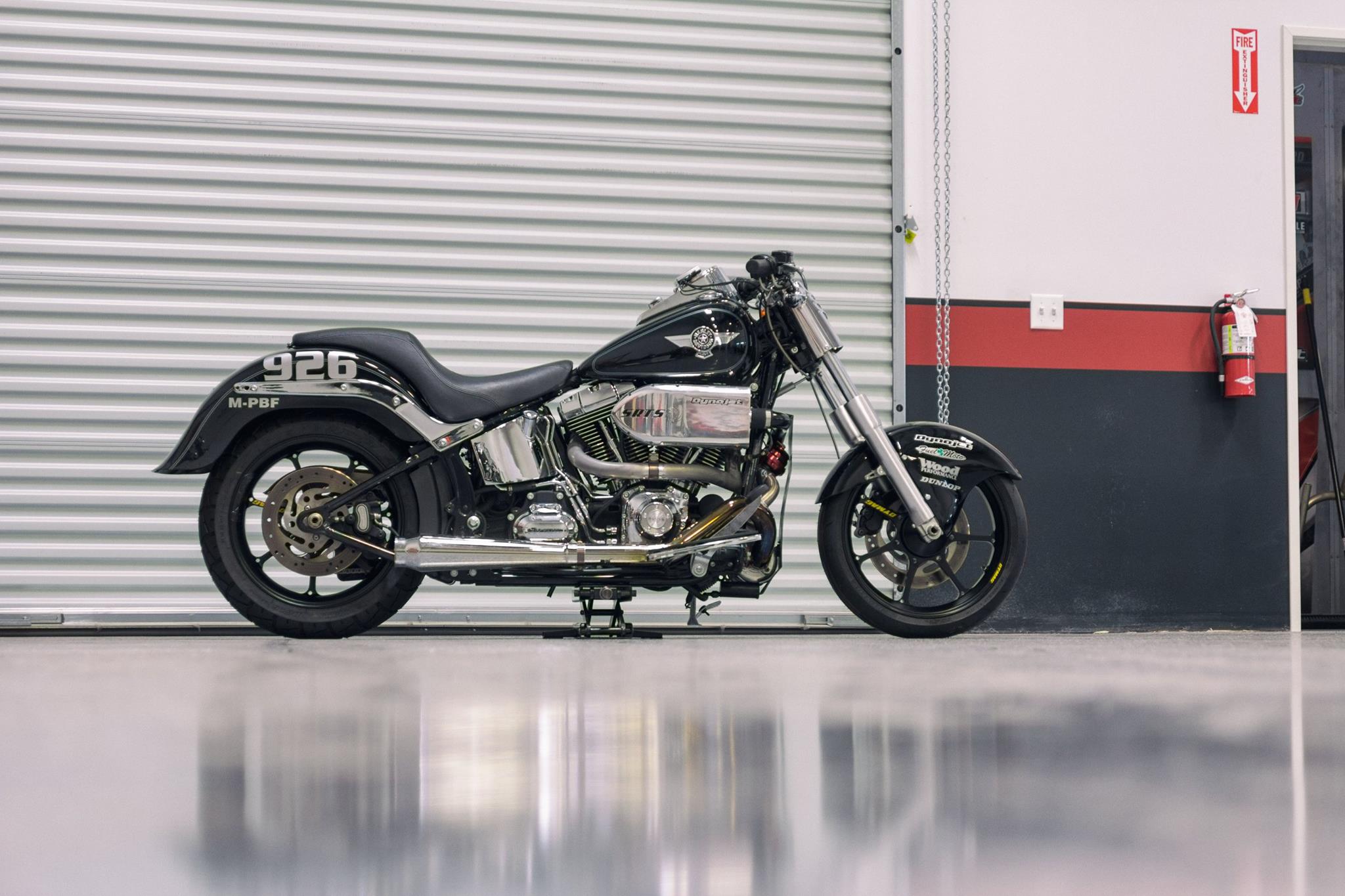 The Harley Softail went 163.598 on the first pass and 171.272 MPH on the second pass for an average of 167.435 MPH. Dynojet utilized the Power Commander V, Autotune, Quick Shifter, and Power Vision on the Harley Softail.

“Looking at the data we were just about to hit the rev limiter. Knowing the run on the next morning would be cooler we were hoping the bike would run better so we bumped up the rev limiter on the Power Vision to 7000rpm and good thing we did. We were pulling around 6850rpm during the run and 171.272 MPH. The AFR was spot on where we set it during the whole run so the Autotune was doing its job. This was an open record (no one had ran this class before) so the new standard for the 1650cc M-PBF (modified – pushrod blown fuel) is 167.435mph. We went faster than the class that allows a full fairing so this is pretty impressive.” – Dusty Schaller

Rolling Along With Ride Wright Wheels

A view from above. Walking around the RWW facility, we saw wheels in various forms from raw rim bands to […]

When juggling a 60-hour-a-week job that blurs all lines of personal and professional time, it is hard to segment what […]