Danny Schneider, the man behind Hardnine Choppers, revealed his latest custom build at EICMA, Milan alongside the new 2023 models from Indian Motorcycle. With its distinctive paint scheme inspired by the factory’s King of the Baggers racers, stripped back front end and performance parts, Danny’s Scout Rogue was an eye-catching addition to the Indian Scout lineup on the booth, drawing in visitors to take photos and discover the finer details. 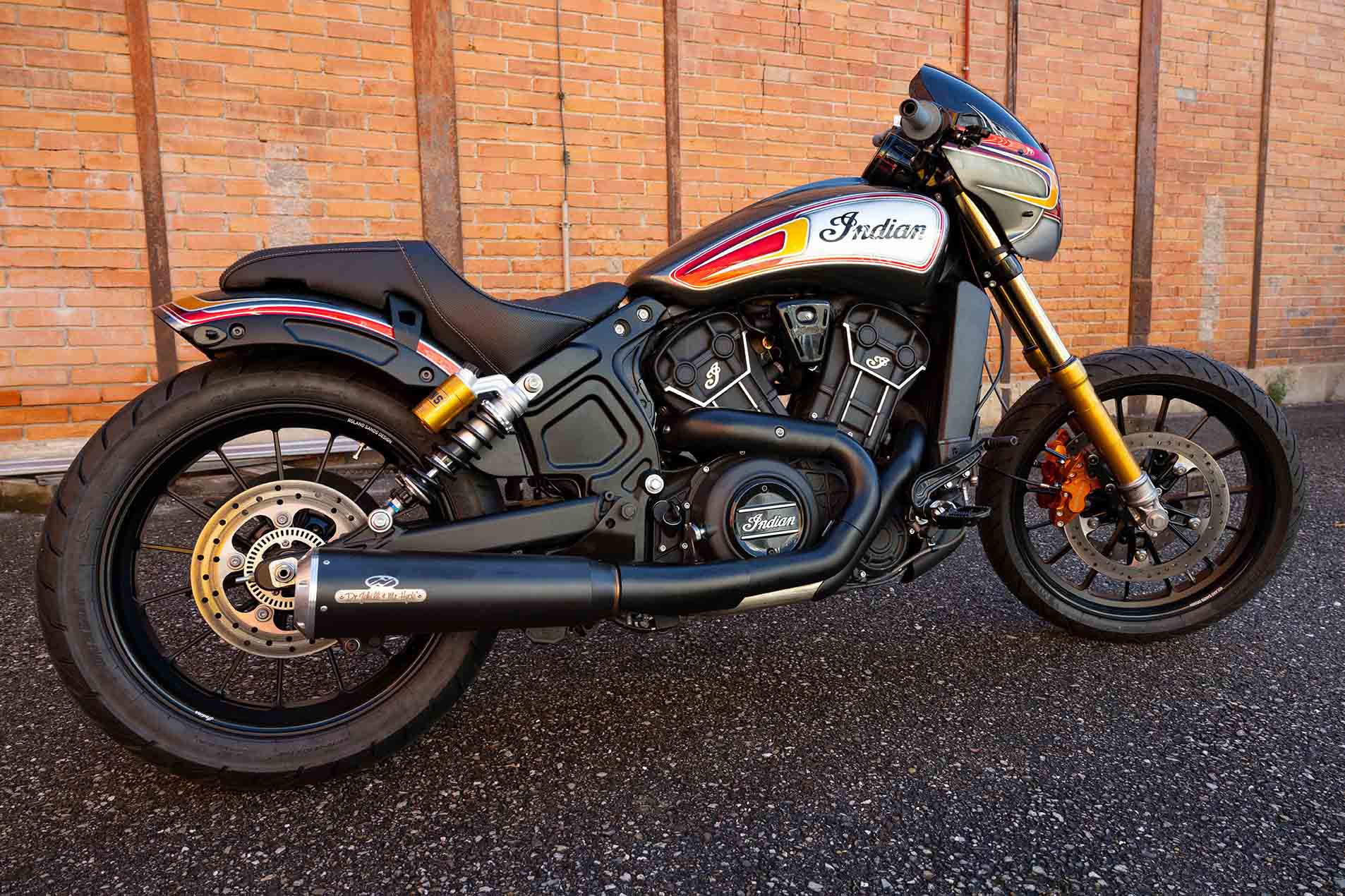 As a former FMX star and award-winning vintage custom builder, Danny Schneider has a reputation for exciting, performance orientated customs and is no stranger to working with Indian Motorcycle. In fact, the build he credits as his best ever was his 1931 Indian Scout, the bike that started his love of Indian Motorcycle, a love that was cemented with the launch of the FTR, “ever since then, I’ve been hooked,” says Danny. 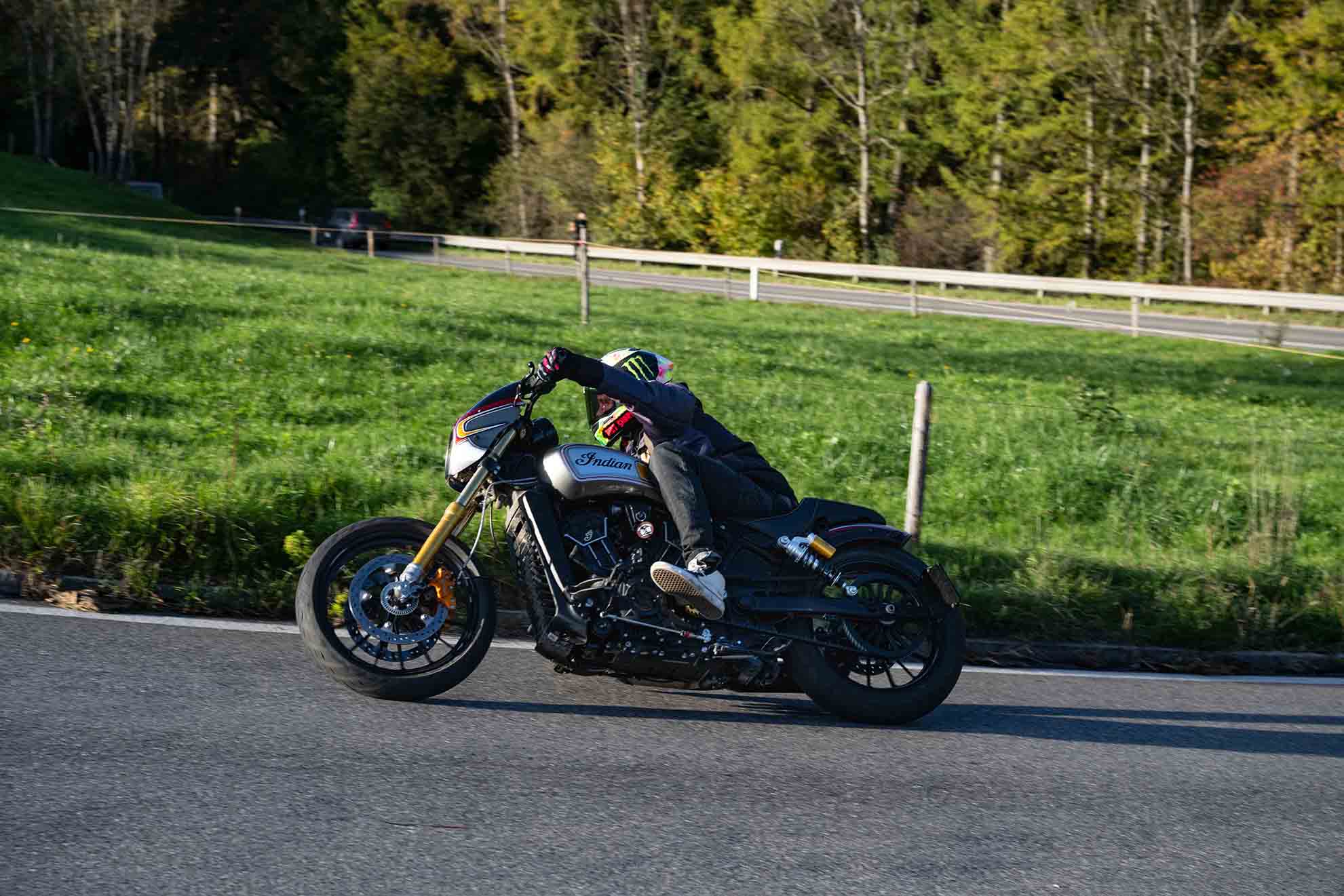 “My idea when I first saw the Scout Rogue, I actually liked it a lot, was performance racing – this is where I’m coming from – I really wanted to craft it to suit my hard riding style and we’ve done everything we can with performance parts. We started out with the Öhlins front forks and Öhlins rear shock, suspension is the most important thing for me coming from a motocross background.” 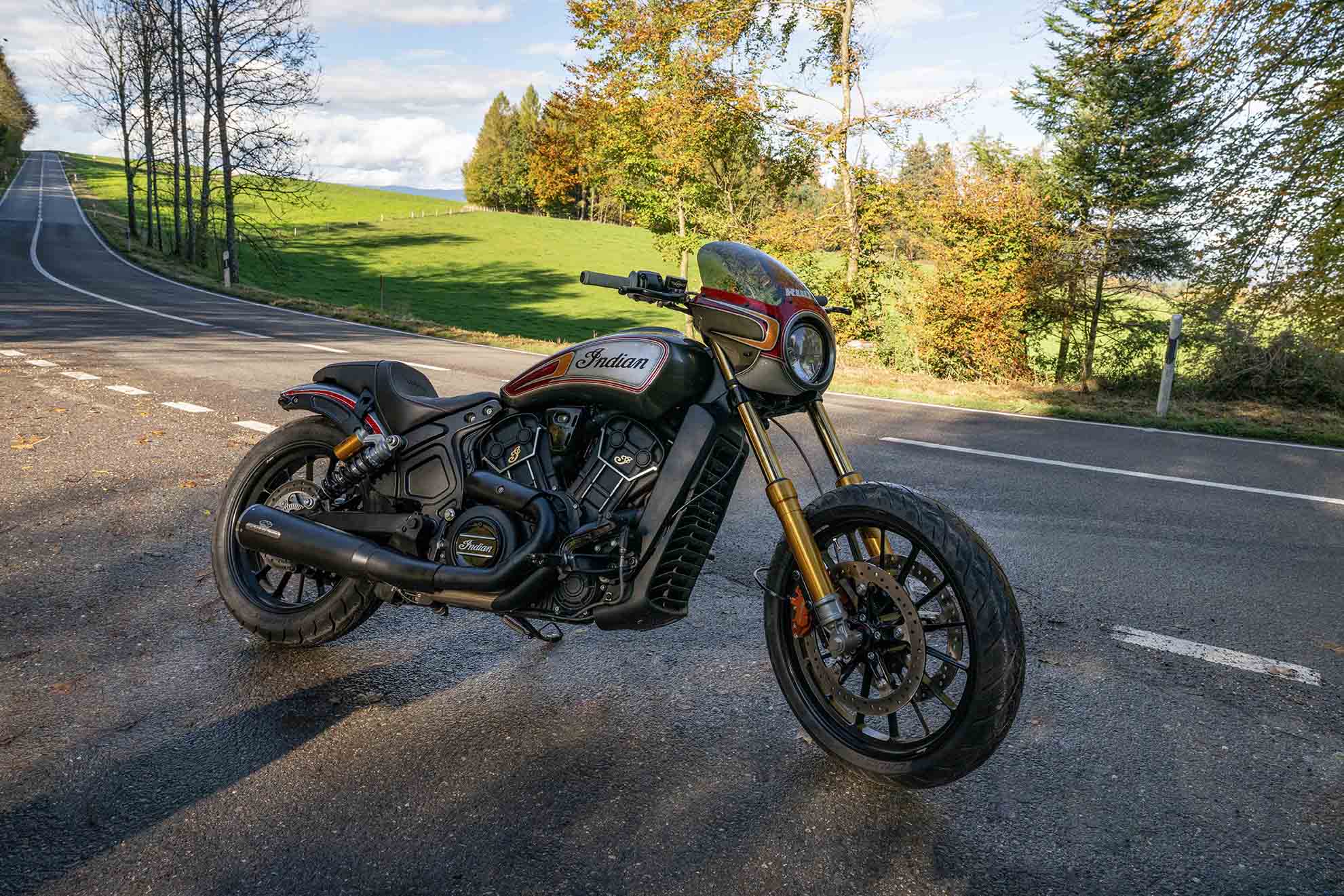 Modifying the triple trees to accept the Öhlins front forks, the handlebar has been replaced with a 22mm higher ProTaper unit fitted with ProTaper soft grips and the Scout Rogue’s mini-fairing adapted to work with the new bar placement. The stripped back, racing feel is also enhanced by miniature turn signals and the removal of the front fender. 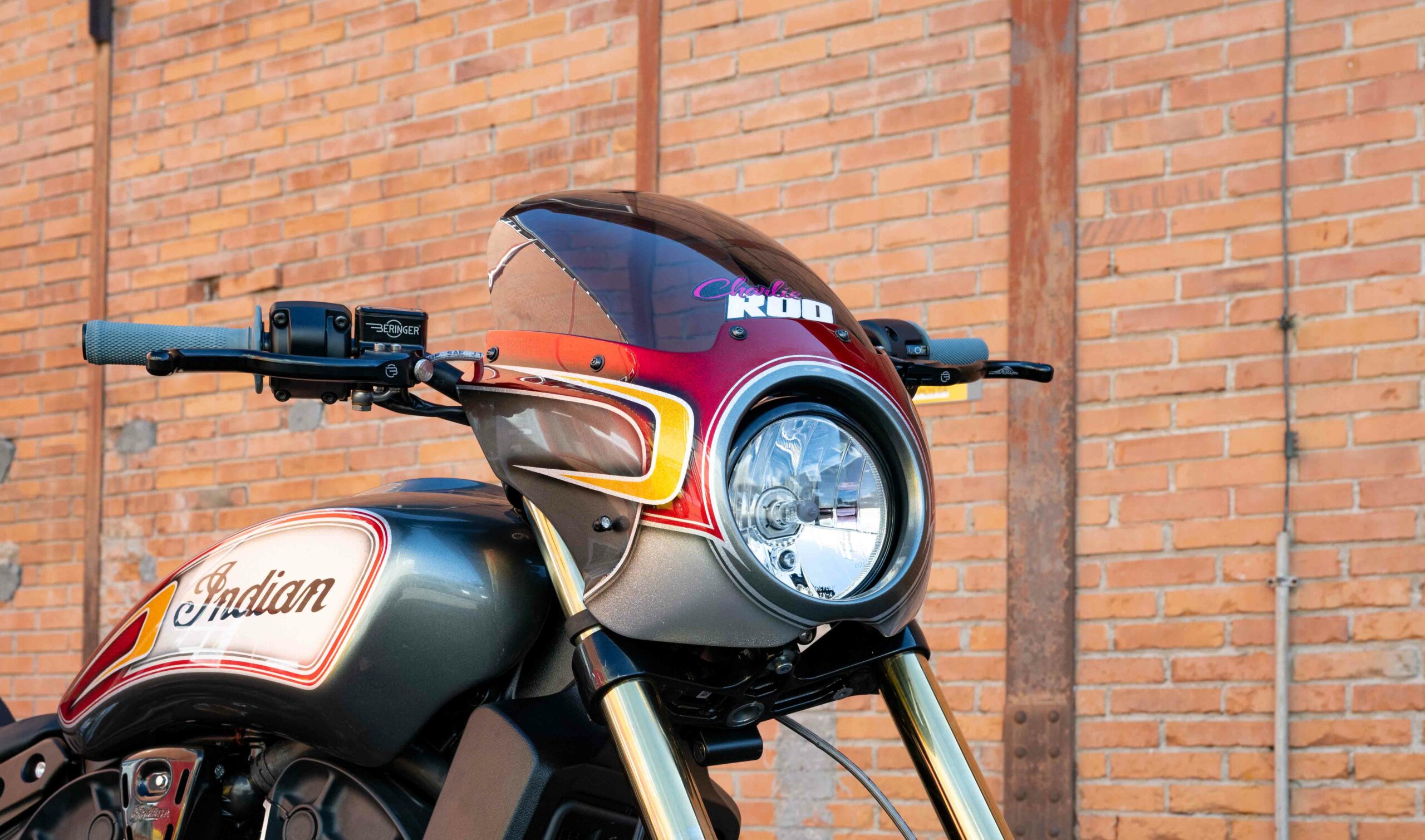 The racing look and spec continues with performance tracker wheels from Roland Sands Design allowing the use of twin OEM discs grabbed by dual Beringer calipers operated by a Beringer master cylinder/lever with Danny creating bespoke adapters and mounts for the wheels and the braking system. For performance gains during starts and gear changes, the clutch lever is also by Beringer with a Dynojet quickshifter ensuring the slickest of shifts and a one-off 2-into-1 exhaust by Jekill and Hyde ramping up the soundtrack. 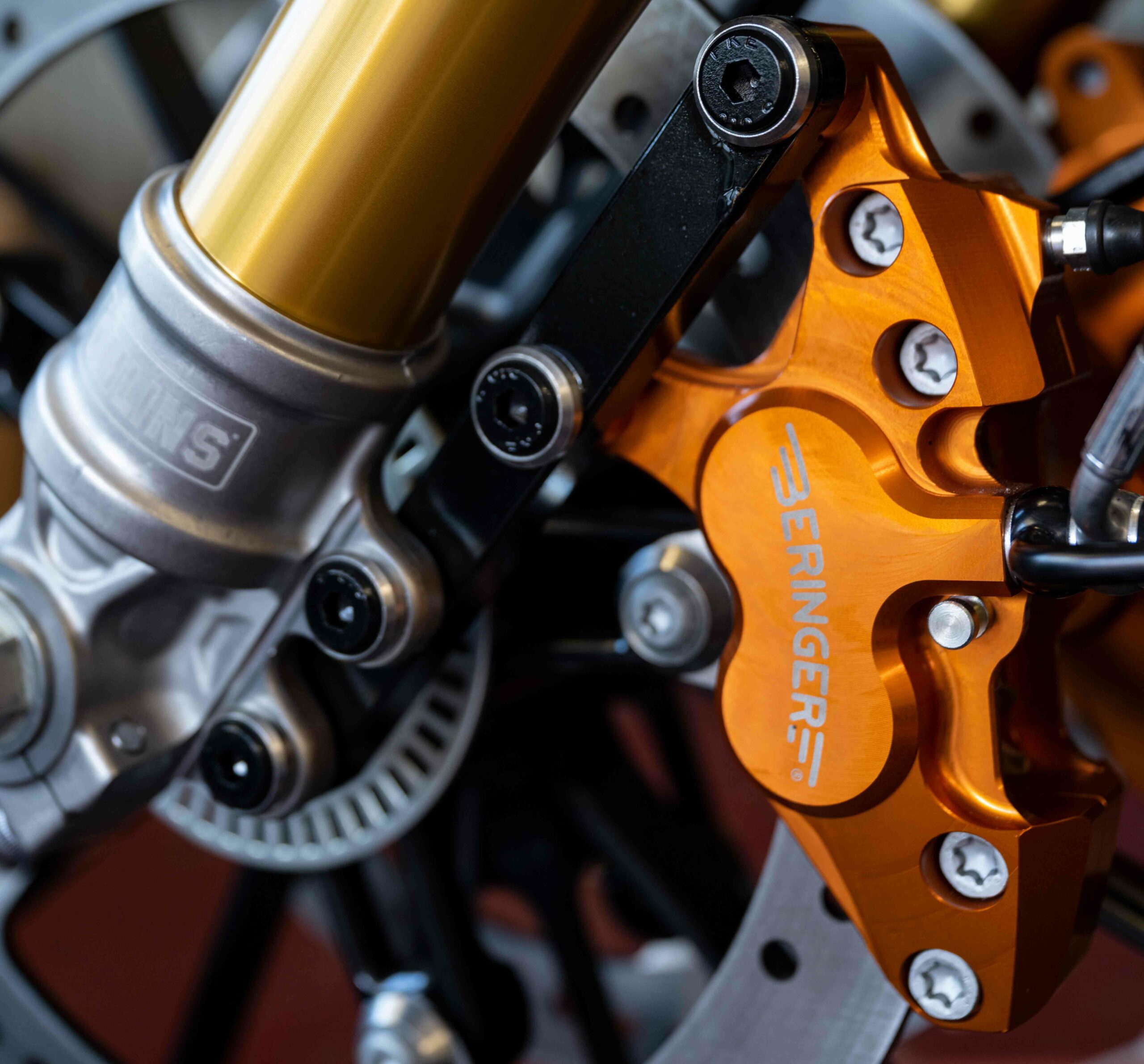 “I’ve added some custom touches, by cutting down the primary cover to the minimum that’s still safe but making it lighter and giving it a more performance look and I’ve also added wider footpegs to suit my riding style. But, look closer and you’ll see the gold leaf applied to the iconic insignias on the engine and the gas cap, the gold stitching in the seat which all complement the awesome paint by Vince Customs.” 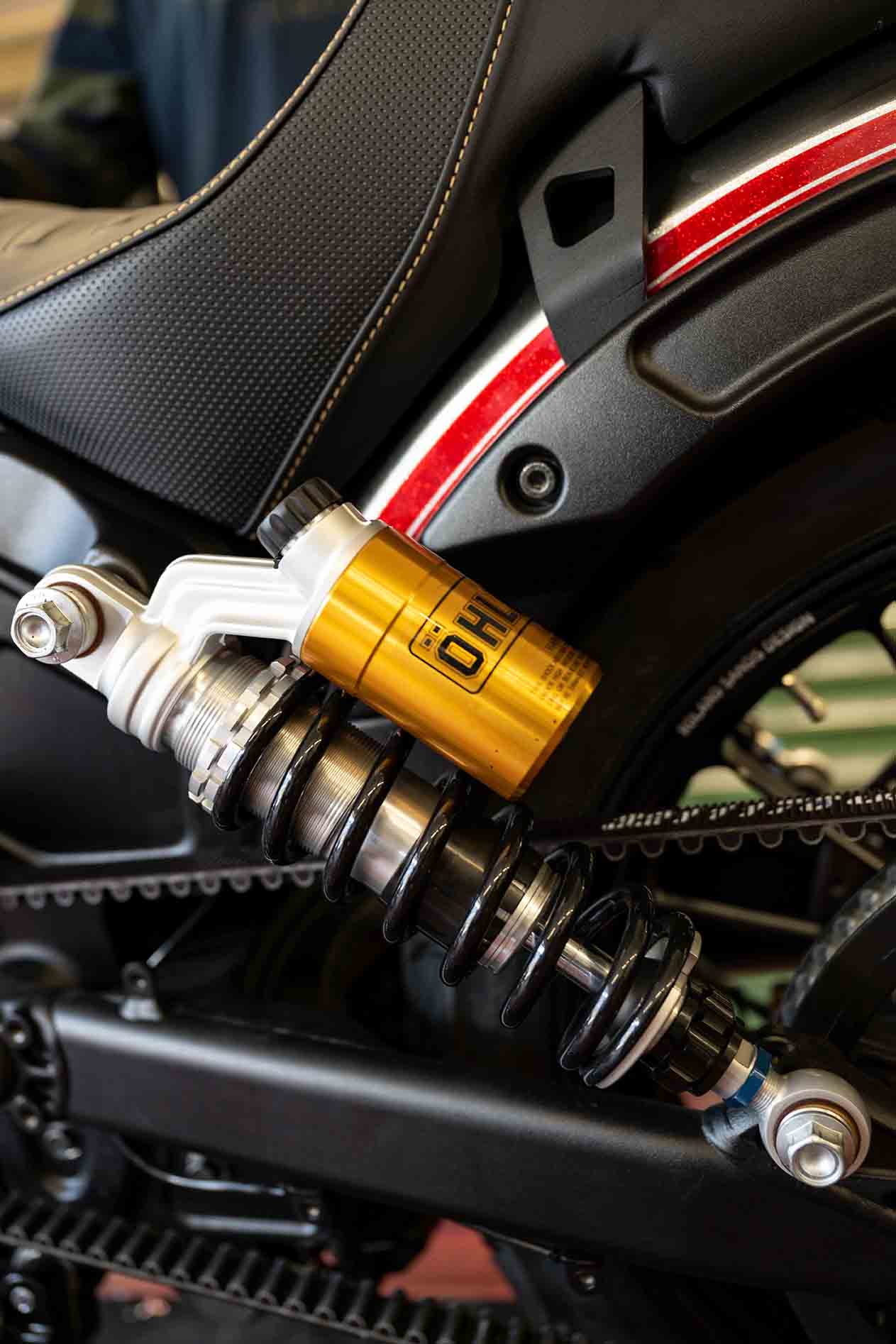 “I’ve been building bikes for about 10 or 12 years now. But I stopped for a while as I’d lost a bit of the passion. When it came to the Rogue, it just came back, the light just fired up again. Indian Motorcycle engineering is amazing, they think further than other brands. If you need to do something, it’s done super quick. This is what I love.” 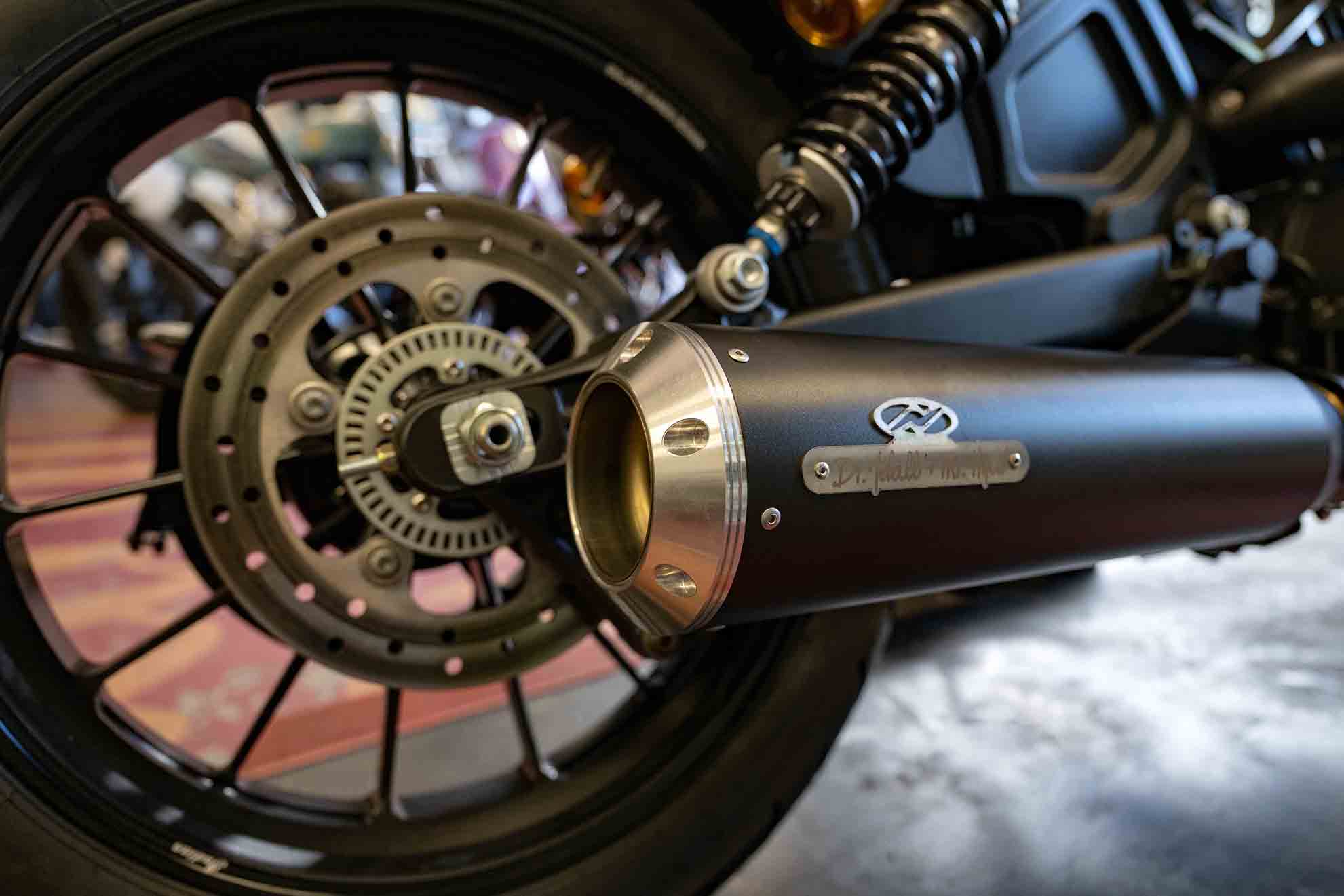 “Now it’s just a case of setting up the bike, dialling in the suspension and going for a ride. Riding to me is everything. It’s absolute freedom.” 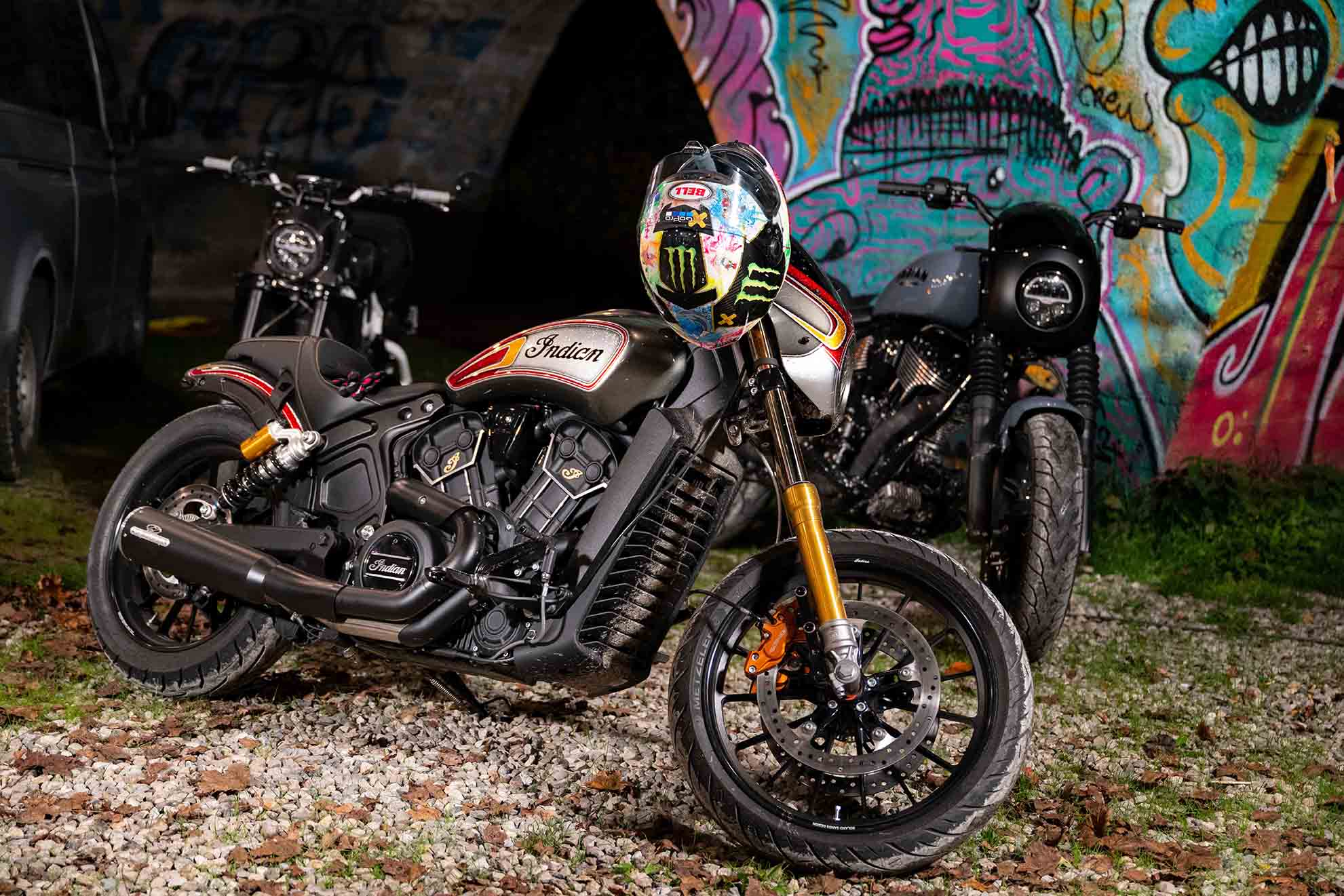 We didn’t know who the WP on the spec sheet is, but Jim does, and since it’s his bike, that’s […]