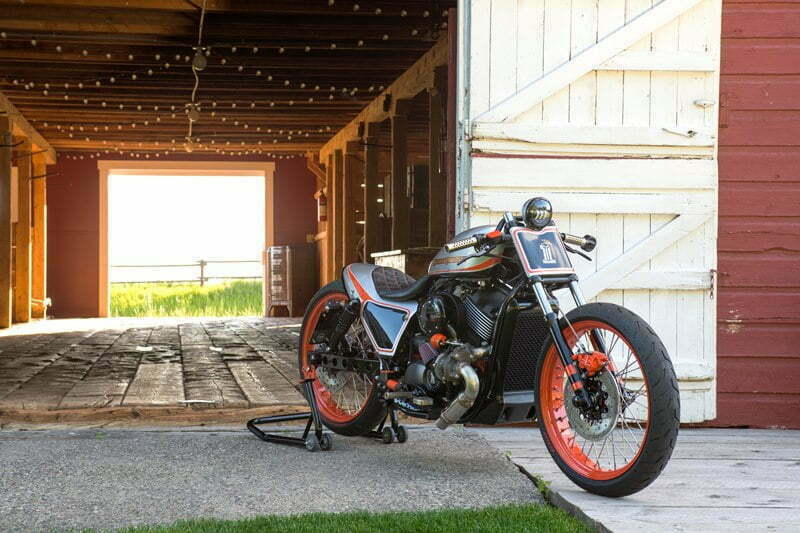 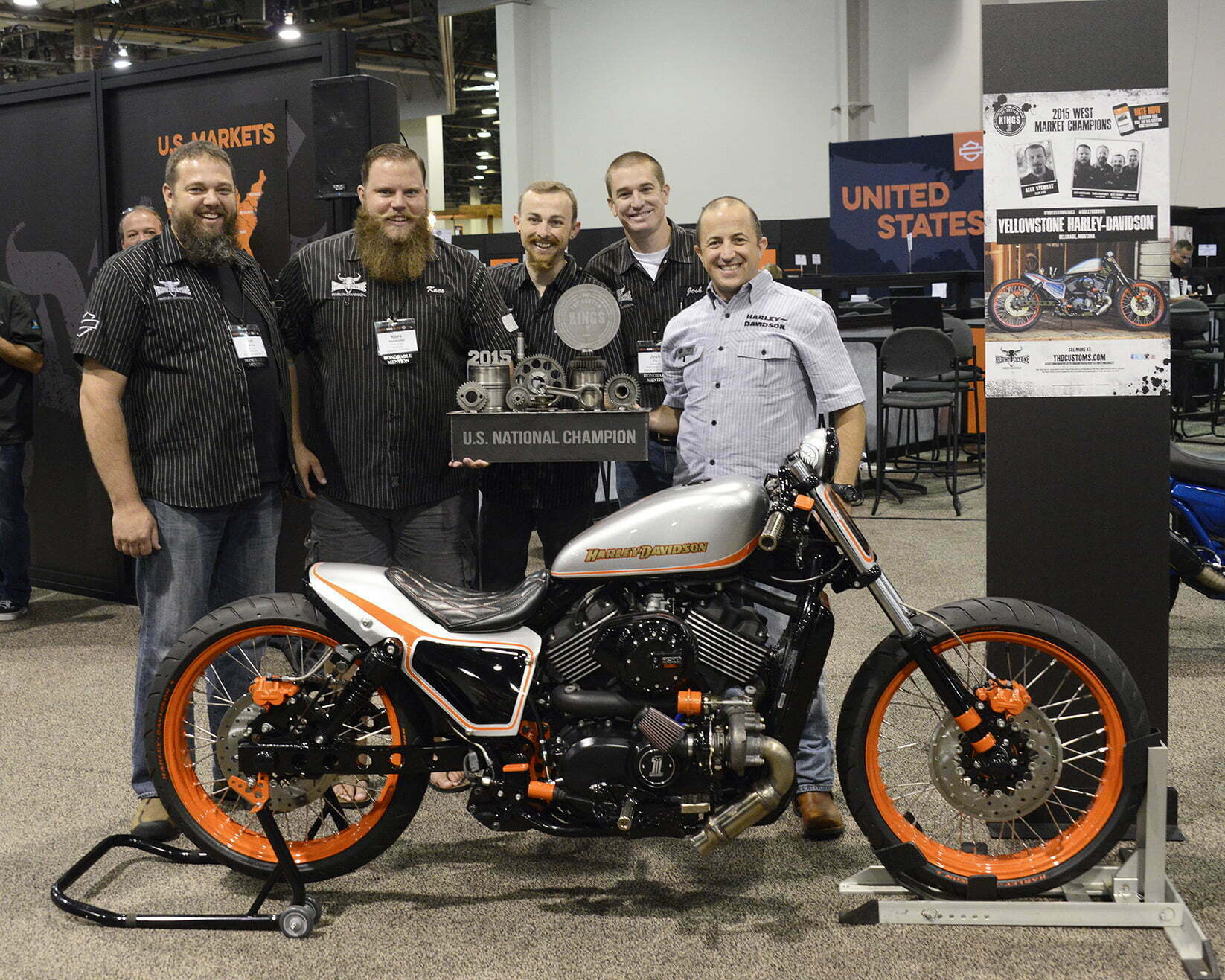 MILWAUKEE (Sept. 1, 2015) – The king has been crowned. Alex Stewart, of Yellowstone Harley-Davidson® in Belgrade, Mont. earned bragging rights and a new motorcycle-customization royalty designation – the first-ever U.S. Custom King. Stewart and his dealership’s build team assembled the winning “Next Generation Board Track Racer” as part of the inaugural Harley-Davidson Custom Kings competition.

Customization is one of the unique ways riders celebrate their individuality. The U.S. Custom Kings competition focused on redefining performance through the customization expertise and ingenuity of Harley-Davidson dealers throughout the country, using the Street 750 motorcycle as the perfect canvas.

Yellowstone Harley-Davidson’s winning Street™ 750 makes its first public appearance in Milwaukee at Custom Bike Show Weekend Sept. 5-6 at the Harley-Davidson Museum. The motorcycle, which drew inspiration from the board track racers from the 1920s and 1930s, will then move inside the Museum main lobby where it will be on display.

To learn more about Custom Kings and the Street 750 motorcycle, visit www.darkcustom.com.

Bassani EFI Tuner $249.95 Made for all fuel-injected Harley models, the unit installs in line with the stock module and […]

Jambox: $299 Words and Photos: Jeff G. Holt Let’s face it: Working on bikes without some sort of background music […]

Protective Riding Goggles For All Riders