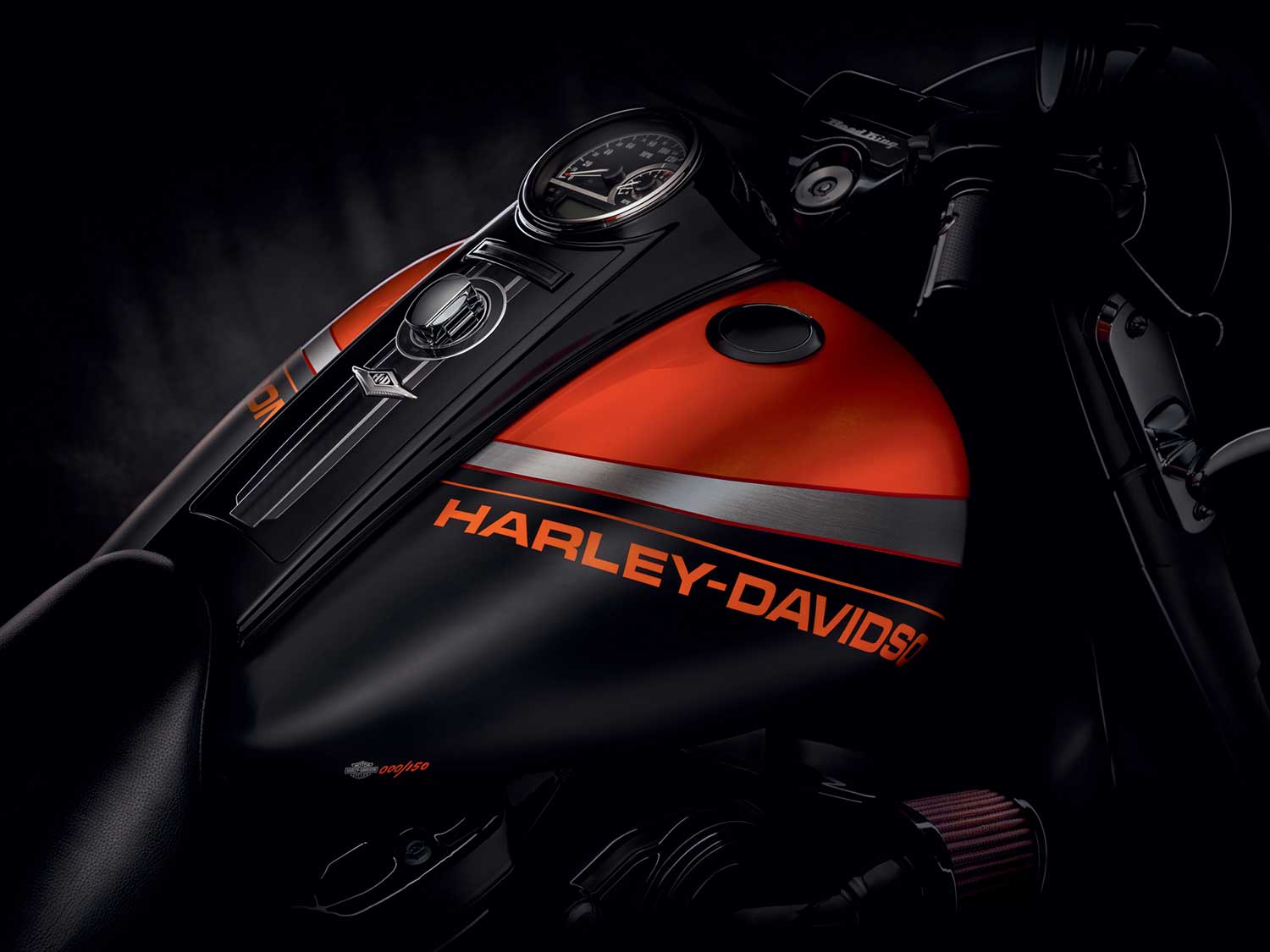 The 2019 Color Shop Limited Series Paint Set for the Harley-Davidson Touring lineup has now been officially released. The new paint set, dubbed Grandstand, is a combination of Black Denim and Fierce Orange colors split by brushed aluminum and accented with warm red pinstripes. Harley-Davidson says it wanted this paint scheme to inspire a feeling of performance. 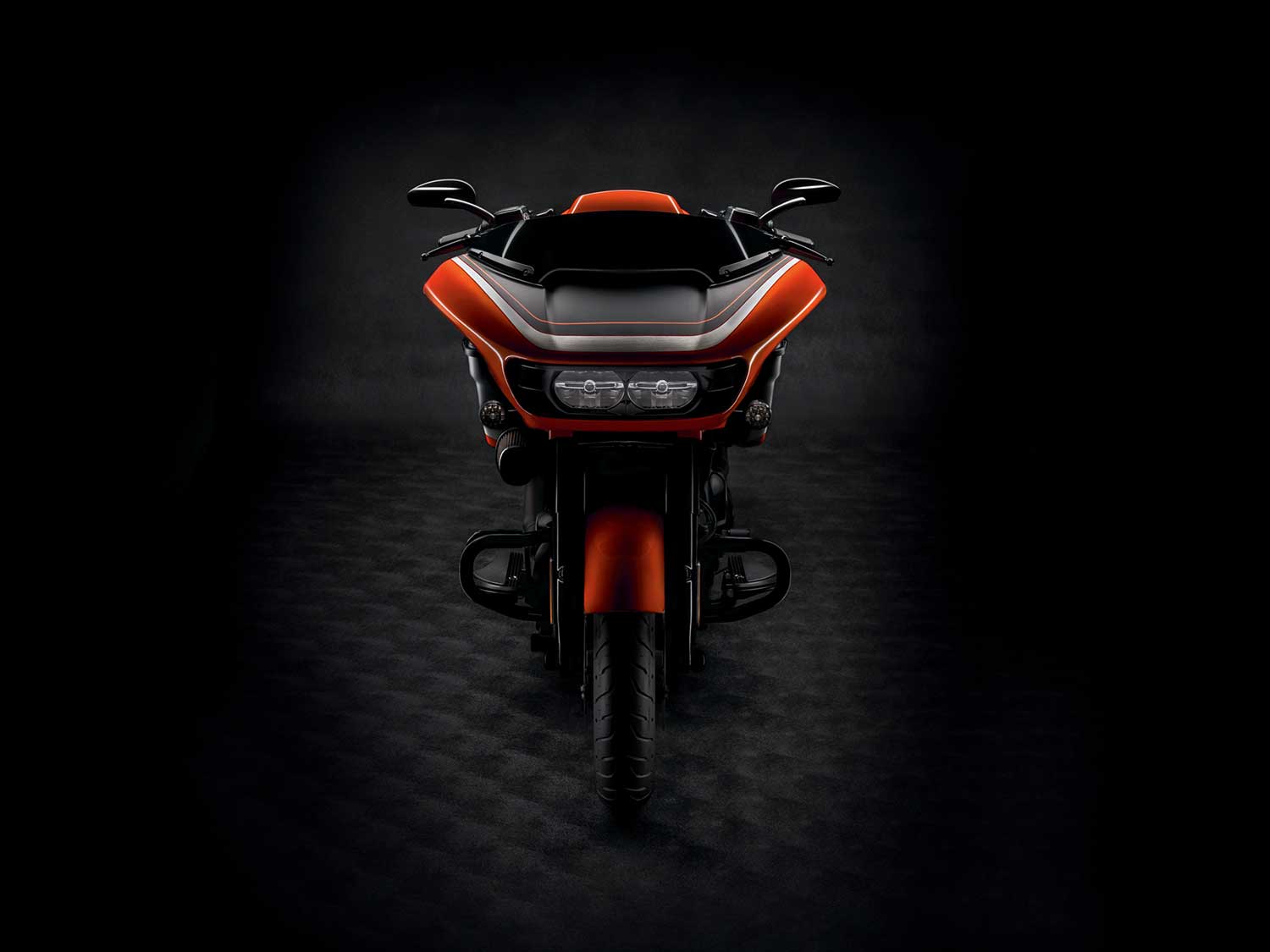 The Grandstand looks to be a cross between two of the 2018 CVO Road Glide paint options, Black Earth with Vivid Black and Orange Lava wih Dark Alloy. Both of those paint sets really caught my eye when they were unveiled last year, especially the Black Earth/Vivid Black. I think the Grandstand draws great qualities from both sets for a really rad look that does indeed put out a performance vibe. 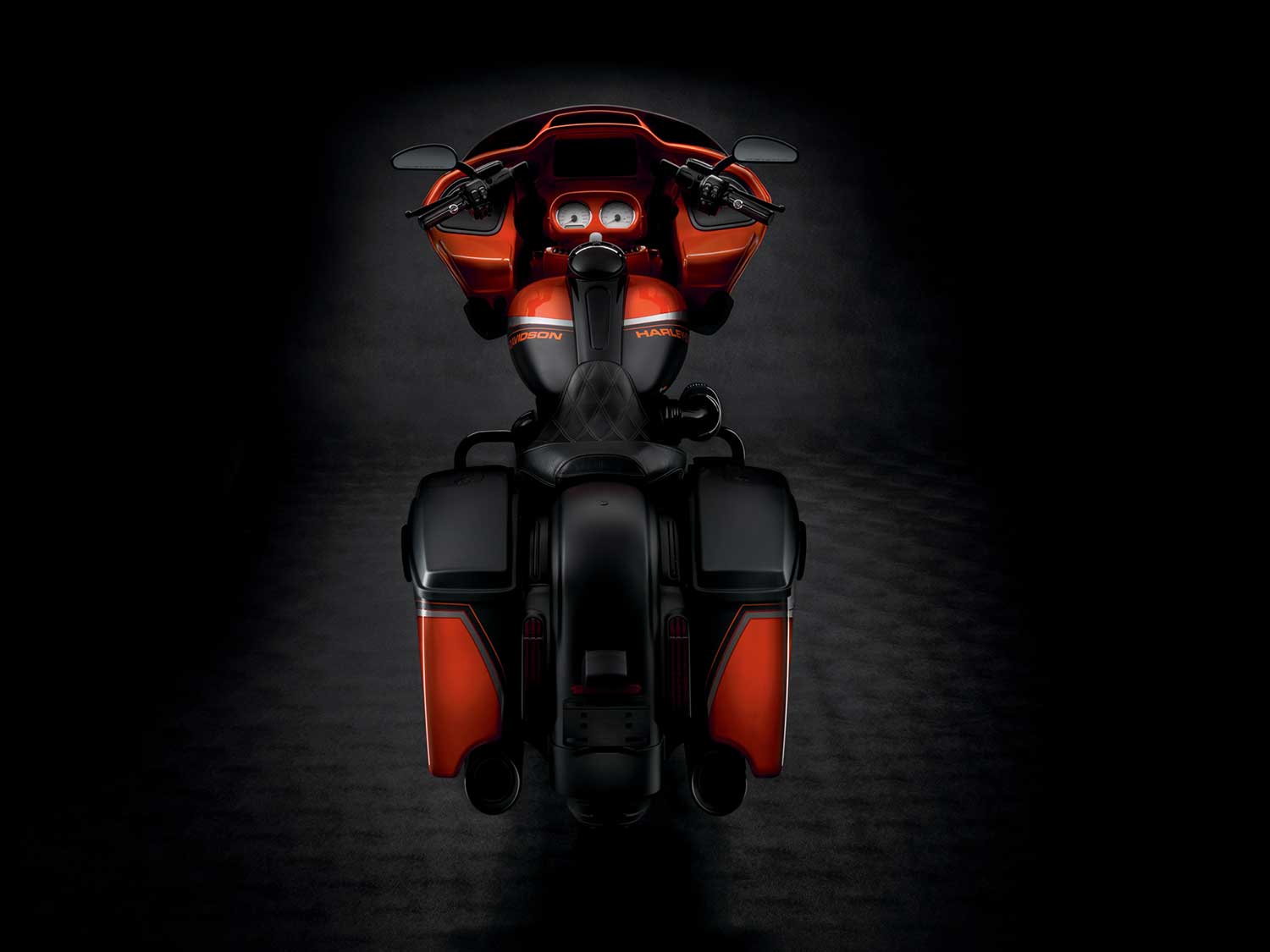 The mixture of colors and finishes on the Grandstand paint set pair very well on a Road Glide.

We’ll be seeing more of the Grandstand paint set up close and personal in the coming months, as we’re starting a new project with the 2019 Street Glide Special (yes, it’ll be getting the Grandstand treatment). We’re also going all-in on the color-matched inner fairing and Chopped Tour-Pak options. Only a total of 150 of these serialized paint sets will be offered worldwide for all three models, so be sure to reach out to your local dealer before they are all gone!