Kill a Biker, Go To Jail 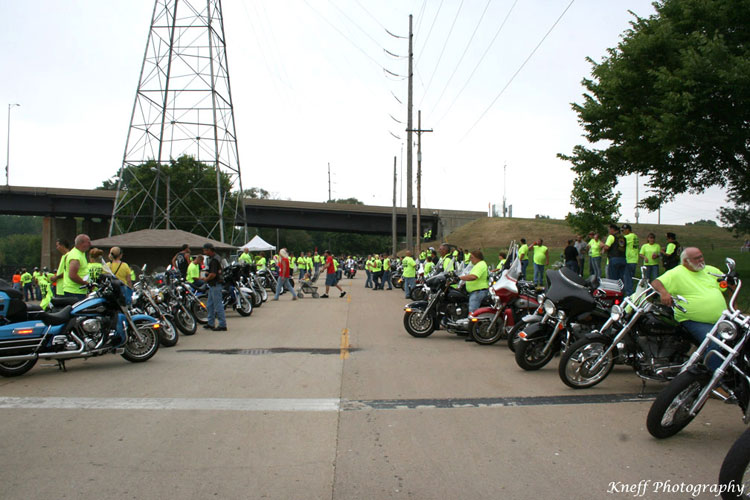 Parade participants arriving at the riverfront. 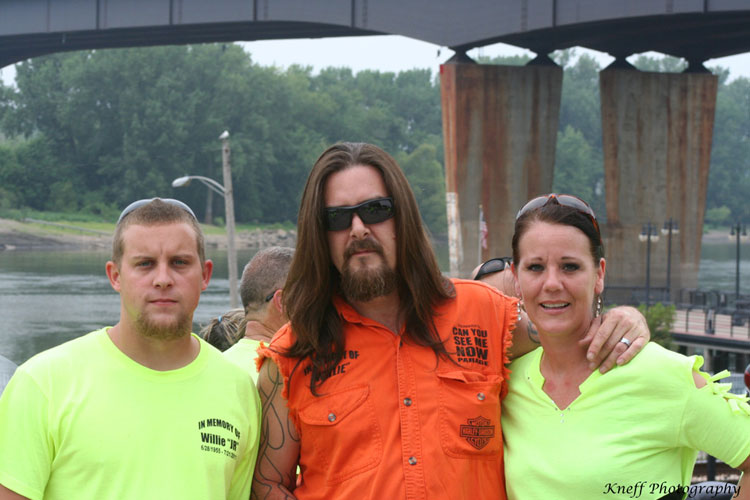 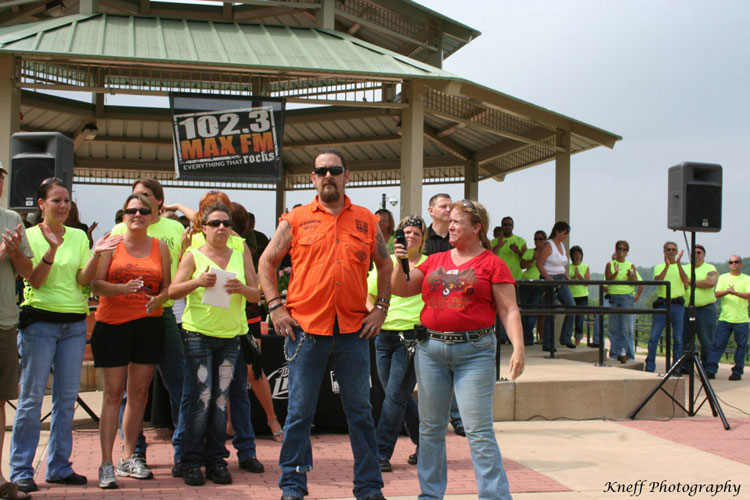 Rainman preparing to speak to the huge crowd. 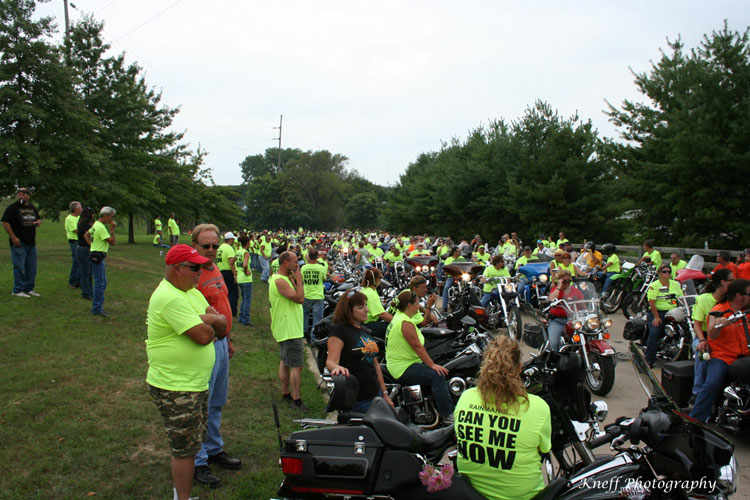 Motorcyclists lining up waiting for the parade to begin. 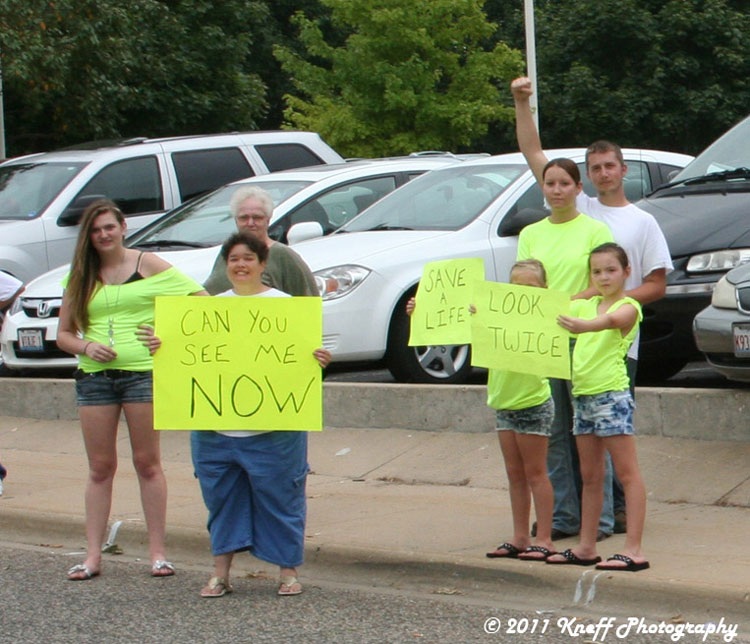 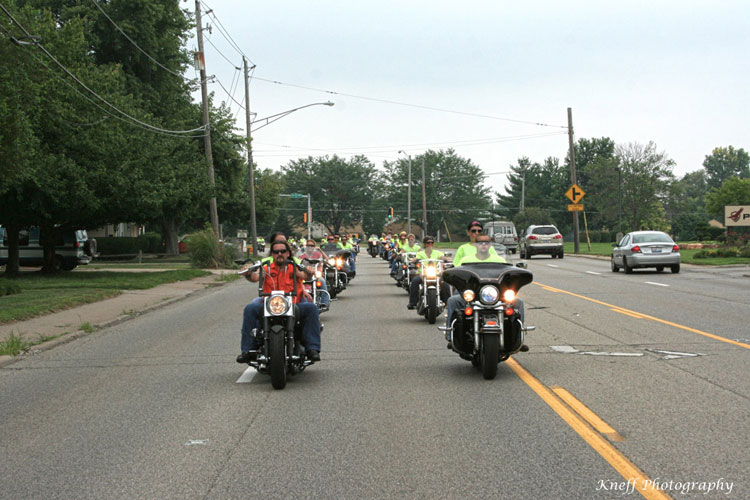 Rainman and Willie Wiker III leading the parade of riders. 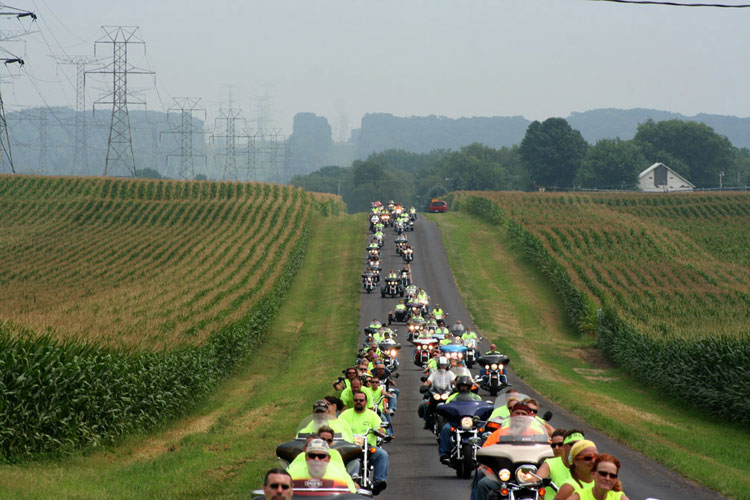 Another photo of the bikers riding down a country road. 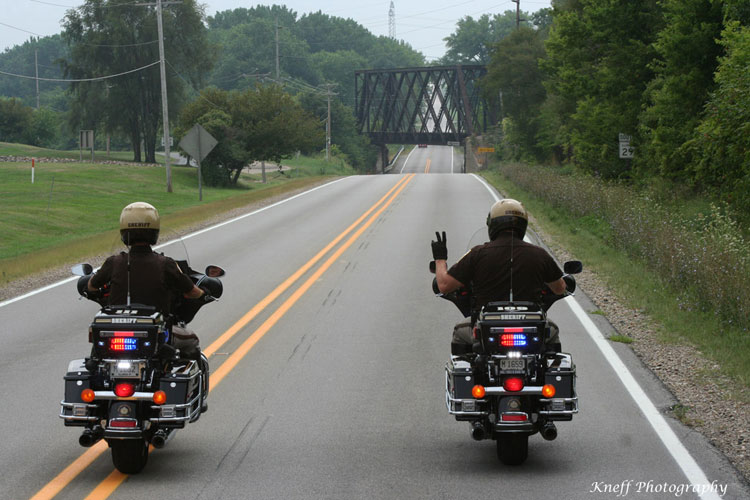 One of our police escorts giving the peace sign as he passed the photographer of the event, Kelly Neff.

After a rash of motorcycle deaths happened (due to inattentive motorists) in central Illinois, I decided to start an event on Facebook at 8 am calling it “Rainman’s Can You See Me Now” parade. The last death had been Willie Wiker who was hit by a lady running a red light. By noon of the day I made the Facebook, I had more than 700 people confirming to attend the event.

On August 6th, 2011 at 7:30am motorcycles started rolling into our small city of Pekin, Illinois, with many of them traveling from all over the US. By 9:30 there were more than 900 motorcycles at the riverfront, along with our local radio network and three main news channels. We also had 24 businesses donate money for Huggies to sell with proceeds going to Willies family. Other businesses donated bottles of water to give out free to thirsty citizens.

At noon our parade began and it was seven miles long with two rows of bikes roaring through town at 20 mph. It took 45 minutes for the last bike to leave the riverfront. Thousands of spectators lined the streets crying, applauding, and holding up signs to show support. It was truly an inspiring experience and those who witnessed the parade will never forget it. We literally made Pekin history that day! Video footage is on youtube.com and the parade will also be shown on a motorcycle program on Time Warner’s Ridin’ Steel in Maine and surrounding states.

I have not made any money nor did I want to from this event. I did it for the motorcycling community, to bring awareness of motorcycles and to celebrate the freedom of riding in our society. I did it for the love of our brothers and sisters who are being killed needlessly and seeing the people who killed them walk away with a simple moving violation. Two days after the parade, five other local riders died and three more the following week from motorists not pay attention. It is time the government pays us the same respect as construction workers who are killed by inattentive drivers. Are we not as important? We have families to go home to. We want a bill passed-Kill a Biker, go to Jail!

1. Here’s the Power Clutch we got from Eurocomponents. It’s basically two ramps that from the outside look just like […]

A Harley FXR With A Twin Cam Engine

A lot of paint jobs have been getting out of hand over the past few years. They look like carnival […]