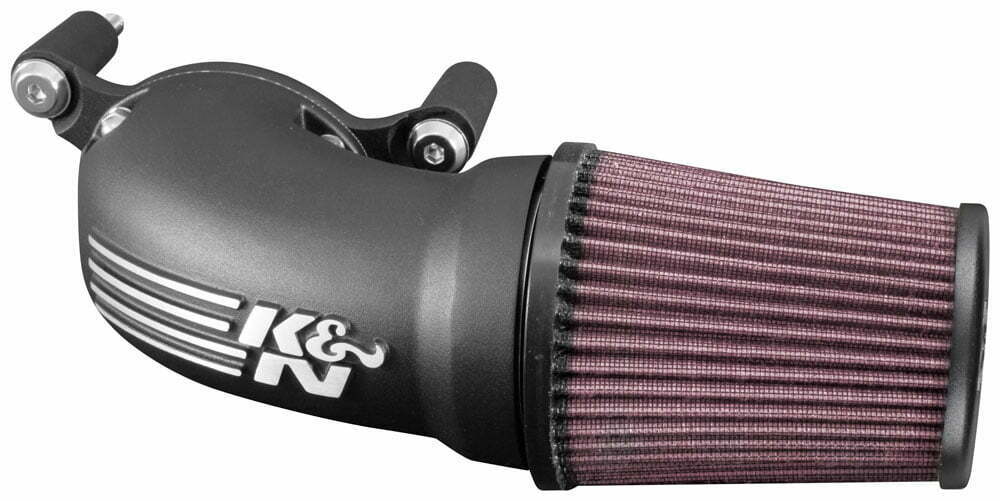 Since 1969, K&N has been perfecting the process of filtering the air that goes into motorcycle engines. Now, we have released a new product that not only provides clean air for your engine to breathe, but looks great while doing it. Oh and it adds up to 6 horsepower. Not bad for a simple bolt-on kit.

The new systems from K&N are the 63-1134 and 63-1137 Aircharger intake systems. The 63-1134 fits 2008-2016 Harley Touring models, while the 63-1137 bolts onto 2001-2015 Harley Dyna and Softail models. Both kits include a cast aluminum intake tube and come in a textured black finish with a raised, brushed aluminum K&N logo. This styling exudes performance, while also providing a timeless design that would look good on any style of bike build. The kits feature an oversized, oiled cotton, clamp-on air filter that feeds air directly into a wide air tube with an integrated velocity stack. An integrated breather system ensures these kits are a direct replacement for your stock intake.

Guaranteeing power is something that K&N is known for and these kits are no different. On their dyno, they saw an estimated 6 horsepower and 6.5 lb-ft of torque gain for the 63-1134 kit on a 2016 H-D Street Glide. The 63-1137 system made an estimated 5 horsepower and 8 lb-ft of torque on a 2016 Harley Switchback. These power numbers are achieved using technology that we pioneered on our car and truck intake systems. Now, using cast aluminum, we are able to precisely direct the airflow to limit restrictions and promote smooth, laminar flow and increase airflow velocity.

These kits will be unveiled at the Sturgis Motorcycle Rally, so if you will be in town, swing by the K&N booth. It will be located in the vendor area at Black Hills Harley Davidson. For more information on this kit or any others, contact Maxwell Matthewson at (951) 826-4000 x4634. 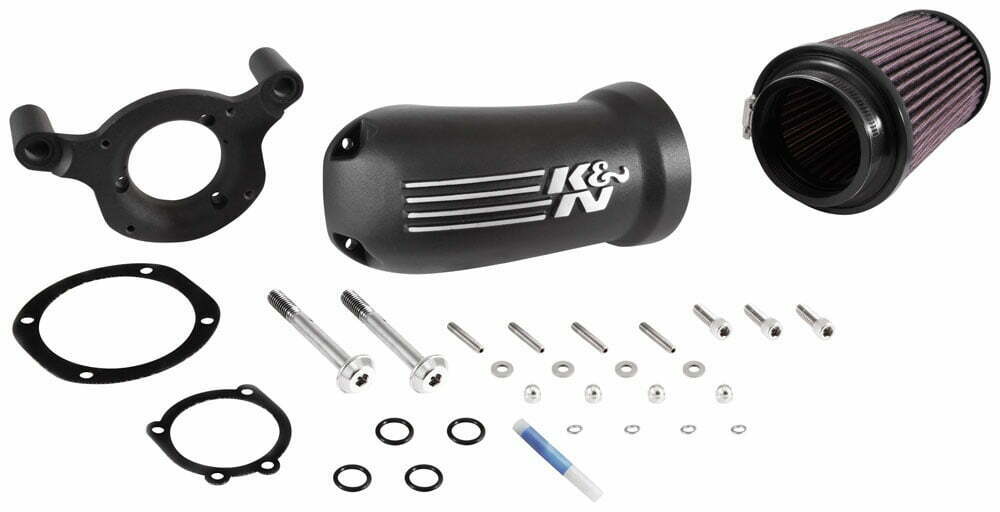 The full kit comes with what you see here.

See the rally website for the latest on what’s happening in Sturgis, or check out our Events page.

There may not be an official Hollister Rally in 2011, but we know a lot of riders plan on visiting […]

I absolutely love the Mooneyes Hot Rod Custom Show. Who wouldn’t? It’s one of the greatest custom motorcycle shows on […]

The Life Cycle of Events