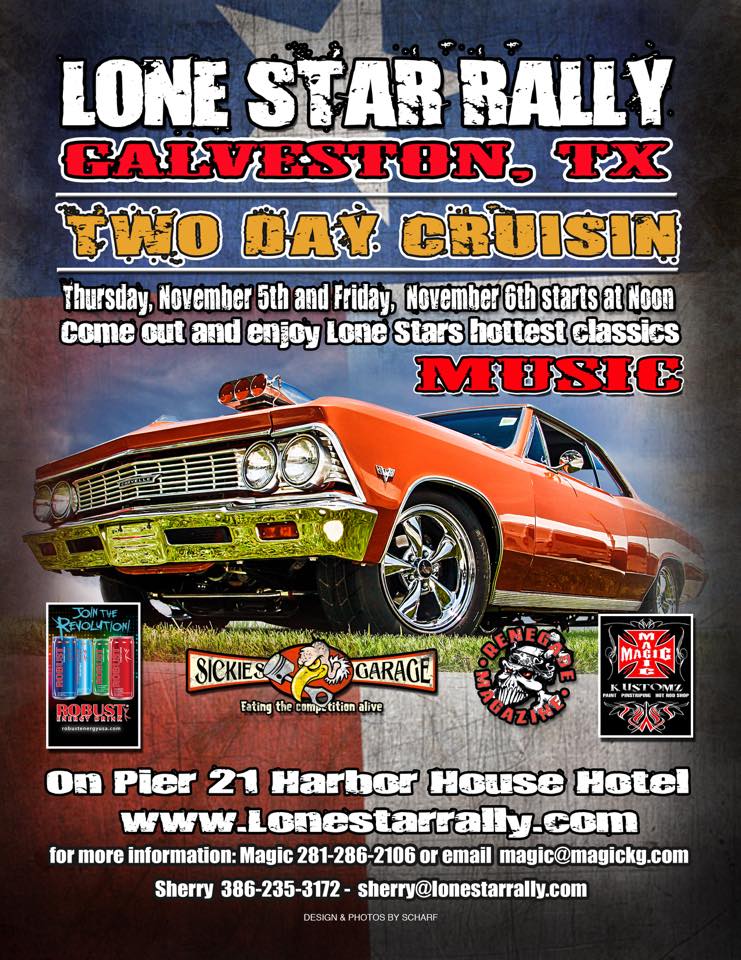 Catch it this November.

Galveston’s biggest weekend of the year is fast approaching as thousands of motorcyclists from across the country get ready to ride in to town for the 2015 Geico Lone Star Rally, November 5th – 8th!

Highlighting the 2015 Lone Star Rally is the heart stopping, action packed “Throttle Fest” at Beach Central Park, presented by Full Throttle Saloon’s Michael Ballard. The venue will showcase thrill-a-minute cage rides and a variety of bike games along with breathtaking barmaids and a variety of stage acts.

Motorcycle fans across the globe were rocked by the recent fire that ripped through the reality TV star’s Full Throttle Saloon location in Sturgis. A motorcycle culture legend, Ballard is taking is Throttle Fest show on the road to let his fans know he’s down but not beaten!

Legendary act Jackyl will bring their “untamed” approach to Rock ’n’ Roll to Beach Central Park on Friday & Saturday night beginning at 10pm., while back at the downtown stage, the arena rock tribute act Hairball will make its return to the Lone Star Rally.

The music continues all weekend long with performances by country favorites David Allen Coe, Jared Blake and, the Johnny Cash tribute act Cold Hard Cash as well as rockers Bobby Friss, Ryan Rolando and the Badlands House Band. More local and regional acts will be announced over the next few weeks.

For up to the minute information and special offers, download the FREE, official Lone Star Rally smartphone App from Google Play or the Apple Store. The LSR is the first major rally to offer an official App and planners anticipate thousands will download this all-at-a-glance tool for discovering everything happening at the rally. More event information is also available at LoneStarRally.com

The 2015 Lone Star Rally is sponsored in part by your Houston Area Chevy Dealers.

Look dummy, the oil tank that is. To go with the overall look of the bike, the stock battery box […]