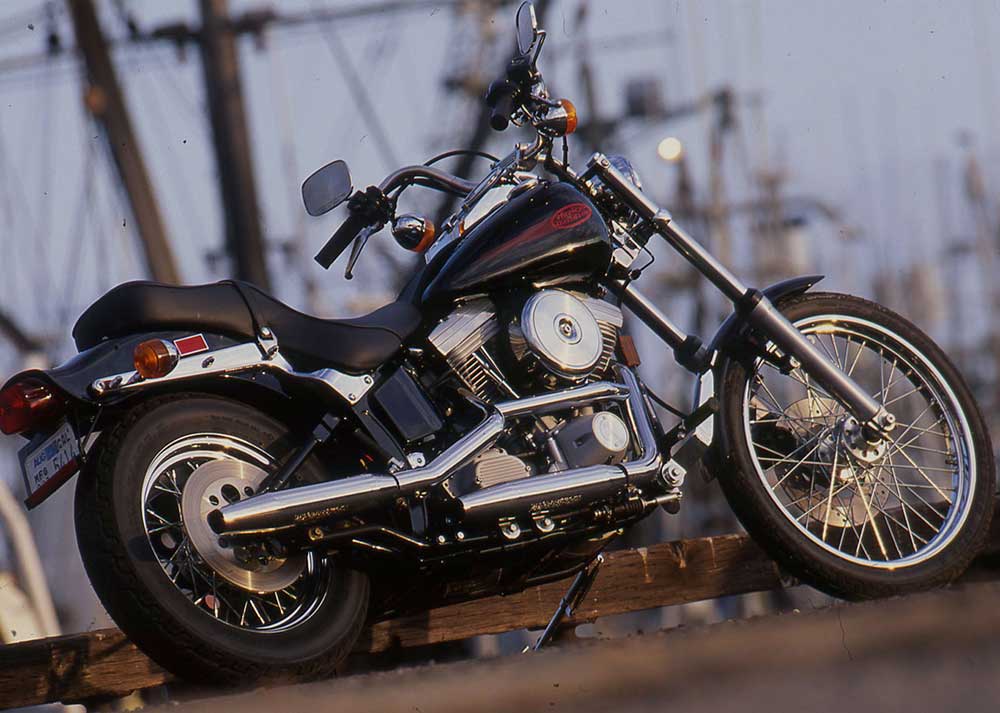 This article was originally published in the April-May 1999 issue of Cycle World’s Big Twin Magazine.

There is no shortage of clichés about hidden value—you know, that bundle of bromides suggesting that things often are better than they seem.

When it comes to discussion of the new-for-’99 FXST Softail Standard, “Big things come in small packages” seems an appropriate cliché. Why? Because most of the buyers attracted to the FXST are the ones who have always wanted a classically styled Harley but couldn’t afford the high entry fee. But at just $11,995, the Standard is the least-expensive of the Softail models and the second-cheapest of the Big Twins, thereby making it a very big value wrapped in a small price tag.

“A diamond in the rough” also is a fitting description of the FXST. With just a little polishing and a few strategically placed chromed goodies here and there, this plain-Jane Softail could be transformed into a pretty cool-looking machine. That’s es­pec­i­ally appealing to yet another group of enthusiasts: those who desire a basic foundation on which to create a unique piece of work. They like the fact that they don’t have to deconstruct—and pay for—a more expensive model just to arrive at a suitable starting point. So, if you’re able to buy an FXST without the dealer gouging you for a few added-on thou, you’ll enjoy a real bargain. 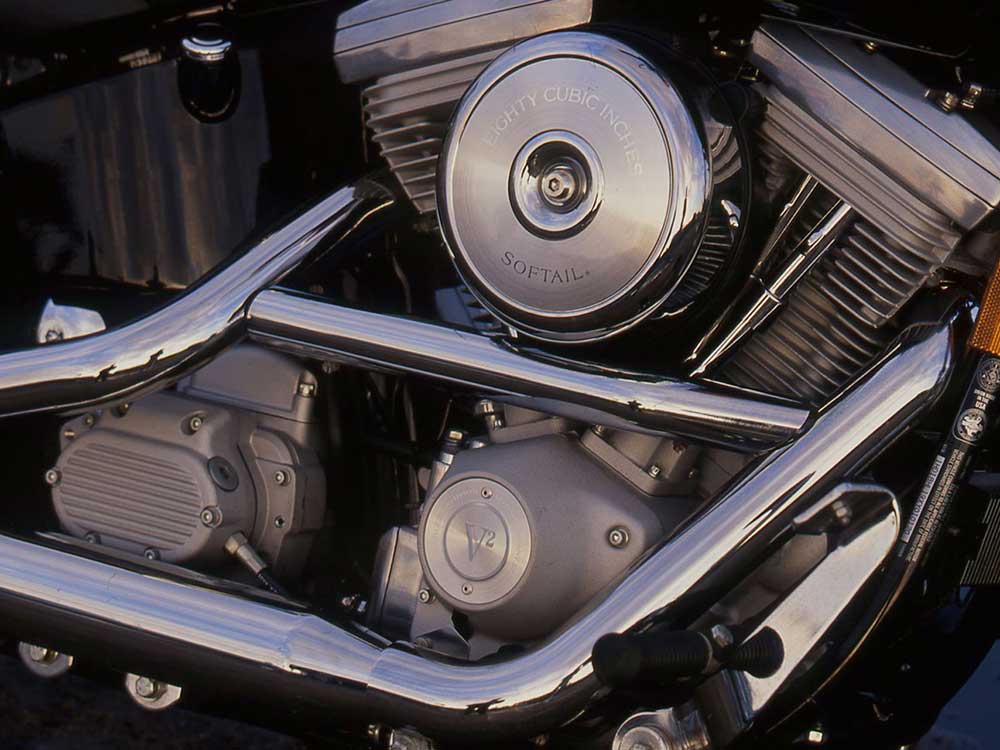 Don’t let the FSXT’s spartan appearance fool you: inside, there’s all the soul and performance of the other, higher-priced Softails.

Like all ’99 Softails, the Standard still uses the Evolution engine rather than the new Twin Cam. No one knows for sure—or will admit, if they do know—how much longer the Evo motor will be in mass production. But after all these years of refinement, it’s practically bulletproof, and sitting in the Softail Standard, it looks … well, just right. Besides, if using the Evo motor helps keep the price of this Softail within reach of more people, it’s fine with us; and with the avalanche of aftermarket hot-rod parts available, you can turn an Evo into just about any kind of engine you might want.

To keep its price below twelve grand, the Softail Standard lacks many of the accouterments found on more-expensive Harleys. The cylinders, cases and transmission are innocent of polishing, chrome or paint, as are the front fork and various fitments and fasteners around the bike. Admittedly, this au naturel look is a bit bland, but the eleven-nine price tag adds a beauty of its own to the FXST.

Also conspicuous by their absence are the usual badges, decals and ornaments found on the higher-priced models—the same pieces that are the first to get tossed into a corner of the garage when the serious customizing begins. Paint? Yes, of course, but all of it black, thank you very much, and no pinstriping.

So, then, we know the Softail Standard is inexpensive, and we know it’s a great, clean canvas on which to create a personalized Harley-Davidson. But there is one more element, a very important one, that makes this Softail a truly great value: It’s a ball to ride!

On twisty backroads, where an absence of weight usually equals an abundance of fun, the FXST is surprisingly capable. We rode the Standard up into the mountains of the Cleveland National Forest for a couple of days and reveled in the bike’s agility. It’s certainly not a sportbike by any measure, but through some corners, we com­fortably reached lean angles that were respectably sporty. 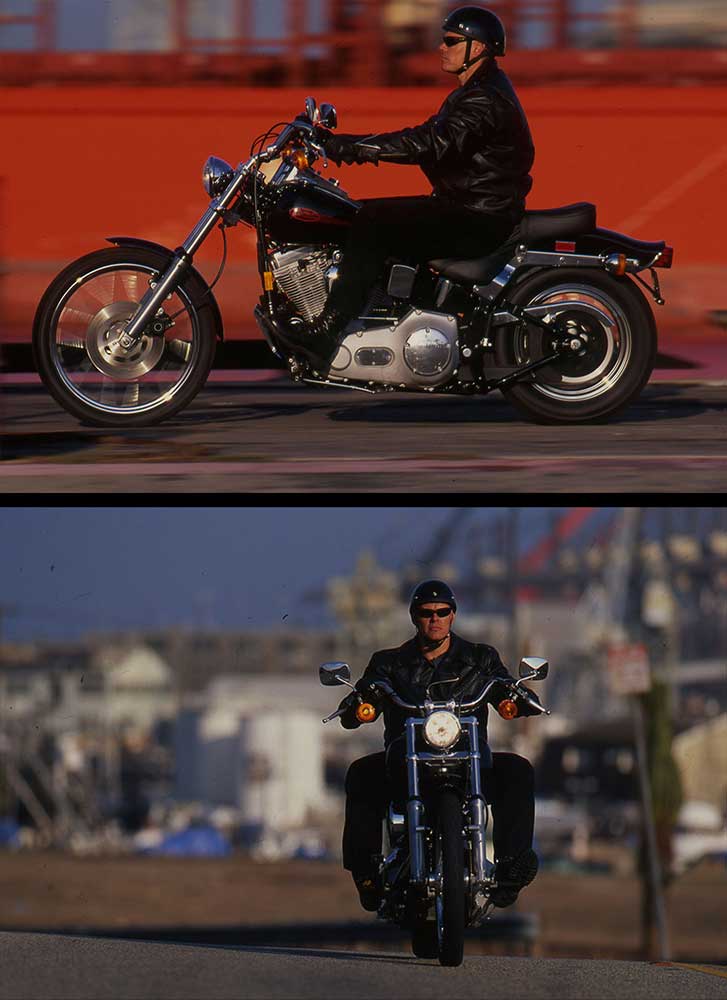 The buyer saves some big bucks that later can be put to better use for personalization.

As Harleys go, the FXST steers quickly and accurately, with not a hint of wallow in long, high-speed sweepers. With less ballast to haul, it’s quicker going up mountains, and there is less strain on the brakes when coming down that same mountain. Even under some severe circumstances, the single discs front and rear seemed more than adequate to haul down the Standard, and we noticed no brake fade during a long day’s riding in the hills.

For riders in the 5-foot-5 to 6-foot-2 range, the forward positioning of the foot controls is comfortable. People shorter than that will think the reach to the shifter a little long, and taller riders will find the distance between the hump in the seat and the shifter a little short.

Here’s why: One of the visual attractions of the Softail frame is the seating position that puts the rider’s hips considerably lower than on other H-D models. Not only does sitting low look cool, the step in the seat (which follows the contours of the rear-fender hump) up to the passenger perch serves as sort of a mini sissybar that gives a modicum of back support. But as the day progresses, the hump gets harder and more obtrusive into the rider’s spine; and for taller riders, there is nowhere to go for relief. You can’t scoot rearward on the seat or mov­e forward to give the back a little variation in riding position. 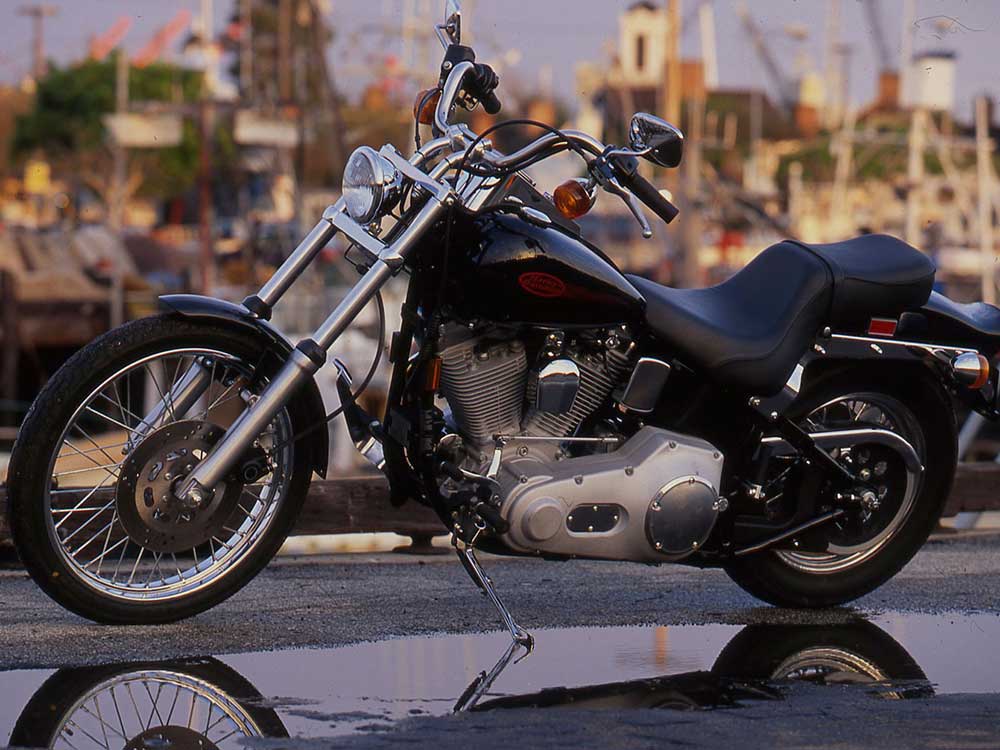 The eleven-nine price tag adds a beauty all it’s own.

In many ways, this is a small aggravation, simply because the FXST was never meant to be the answer to a touring rider’s prayers. Nevertheless, the Standard is versatile enough that you could bolt on a removable windshield, a set of saddlebags and a softer seat, and end up with a reasonably comfortable, and very nimble, touring machine.

So, in keeping with the cliché theme, re­member that you should never judge a book by its cover, that a penny saved is a penny earned, and … well, you get the picture. Better yet, just remember that the FXST Softail Standard is a terrific motorcycle and a fantastic value. It’s one of our favorites.

We’ll bet it could be one of yours, too.