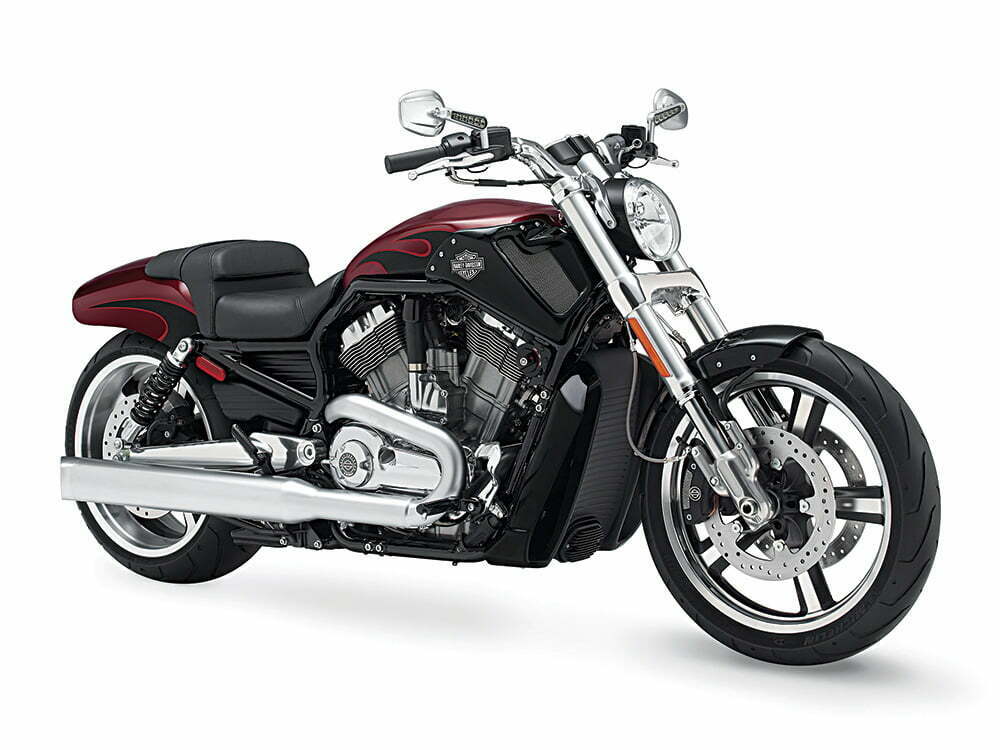 While everyone with a keyboard is busy falling all over themselves talking online about the merging of the Dyna and Softail platforms into one lineup, no one’s gushing for or against the V-Rod’s retirement from production in 2018. I own one and I’m not surprised by it, even though it is kind of a big deal.

Sales were flat. It was popular in a few markets (the Pacific Northwest, Texas, and overseas, mainly), but for the most part Harley-Davidson’s liquid-cooled Revolution V-twins with dual overhead cams and four-valve heads just never caught on like their air-cooled cousins did. Although the V-Rod is out of production, I don’t think it’s dead by any means. Cult-classic bikes like this never truly die off. Now that the V-Rod is retired, however, there are three possibilities for its future.

Scenario: It’s just dead. The V-Rod line is gone from production forever. Much like the death of Elvis, there’ll be rumors of a return for a few years, perhaps a commemorative plate on QVC or two, but no, the game is over. Console yourself to hunting spare parts online.

The motorcycle industry has taken a beating over the past decade. Victory closed its doors, the sportbike market is dehydrated, and so on. To the surprise of many, Harley-Davidson got rid of one of its most popular-selling models when it killed off the Dyna in 2017. Why not take the V-Rod design out to the desert, make it dig its own grave, and squeeze off a round into its noggin? The only reasons I didn’t give this one a higher likelihood was for the reasons we’ll go into below.

Death is Just the Beginning

Scenario: With the big water-cooled twins out of production, the price drops through the floor for used models. Dealers scramble to offload them for cheap. A new generation of younger riders with a need for H-D but little money and no prejudice against the V-Rod gobbles them all up leading to a golden age for the retired motorcycles that they never got while in production.

This is exactly what happened with the FXR, isn’t it? The bikes go out of production, prices sink to cheap, and people buy ’em all up then customize them. Both motorcycles are known for great performance. Love it or hate it, the V-Rod is a really fun bike to ride, with gobs of power for days. The stigma lies in its pedigree as a true hog. That’s what kept it from really catching on in the first place. Ultimately, money talks and people want max bang for the buck. We’ve seen that with the FXR, the Softail, and all those production customs that were so popular a decade back. A cheap, used V-Rod fits that bill too.

Welcome Back to the Land of the Living

Scenario: Harley-Davidson takes the V-Rod out of production to rethink its design then relaunches a “new-and-improved” version in a few years just like the company did with the Road Glide.

Likelihood: I have no idea

When looking at the V-Rod’s ultimate fate, two other Harley lines come to mind for me: the FXR and the Road Glide. Much like the FXR, the V-Rod is expensive to produce and doesn’t sell enough units to justify the cost. That’s what led the MoCo to replace the FXR with the Dyna in the 1990s. Although Harley brought the FXR out of retirement here and there until the end of the century, it never went back into full yearly production. Killing off the V-Rod does save Harley-Davidson some money, but I think the big difference for the V-Rod here lies in the Street lineup. These are the scaled-down gateway drug versions of the Revolution motor. If the 500cc and 750cc Street models pull in enough new blood and build a following, the day may come when they want higher-displacement versions of their bikes. Meaning, a return to production for the V-Rod. In what form? Who knows. Like they did with the Road Glide, the folks at Harley-Davidson could update the V-Rod and bring it back. Given how much money Harley-Davidson poured into the V-Rod platform and its smaller displacement kin, I think there’s a good chance of this happening.

Furthermore, these aren’t all mutually exclusive. Harley could very well have killed the V-rod off “forever” but change its mind after enough of us buy up all the used ones and the new blood weaned on Street models yearns for bigger Revolution-powered twins. Although its ultimate fate has yet to play out, I hope the V-rod finds new life in its death.

Impeltronics Telescoping magnetic flashlight (Contact for Pricing) Photography: Staff When working on bikes, dropping fasteners or small parts is a […]

Bikers and sunglasses go together like bikers and whiskey. We’re constantly looking for stylish new shades to rock on and […]

Bluetooth communicators… Do you need them? No. Do you love them? Yes, you do. Especially in the current climate where […]