Hot Bike fans are no stranger to the skills of Brandon Holstein. The Speed Merchant was one of the invited builders for the 2018 Hot Bike Tour, and his 2018 Harley-Davidson Fat Bob was featured on the cover of Hot Bike, Issue 2. With the debut of Harley’s new Softail frame, the aftermarket was wide open, and Holstein was among the first to explore its potential. The Speed Merchant Fat Bob features prototype bolt-on mid-controls, a billet aluminum swingarm, new triple trees, and a handmade aluminum tailsection on a deconstructed backside that showcases the monoshock design. Cooler yet, Holstein ditched the ECU and electronics, including the engine’s fuel injection, outfitting the 107ci Milwaukee-Eight with a carburetor instead. For more details, see Rob Fortier’s The Speed Merchant’s 2018 Harley-Davidson Fat Bob. 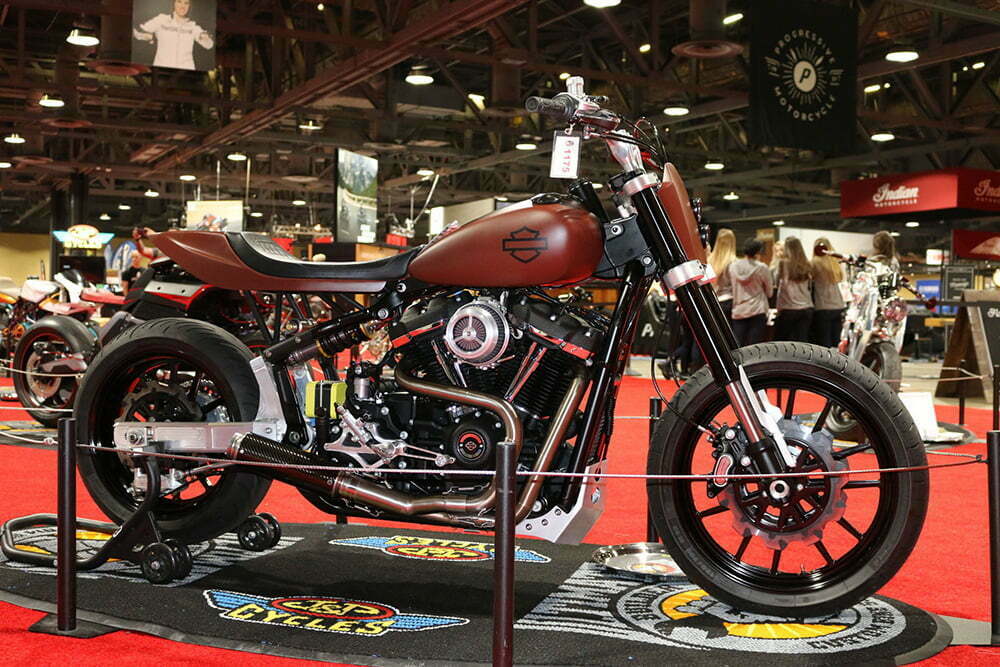 Now the magazine cover bike has a new title—Freestyle class winner at the 2018 J&P Ultimate Builder Custom Bike Show! Holstein picked up a cool grand for the victory, along with earning an invite to the Ultimate Builder finals in Chicago and the chance at an even bigger payday. 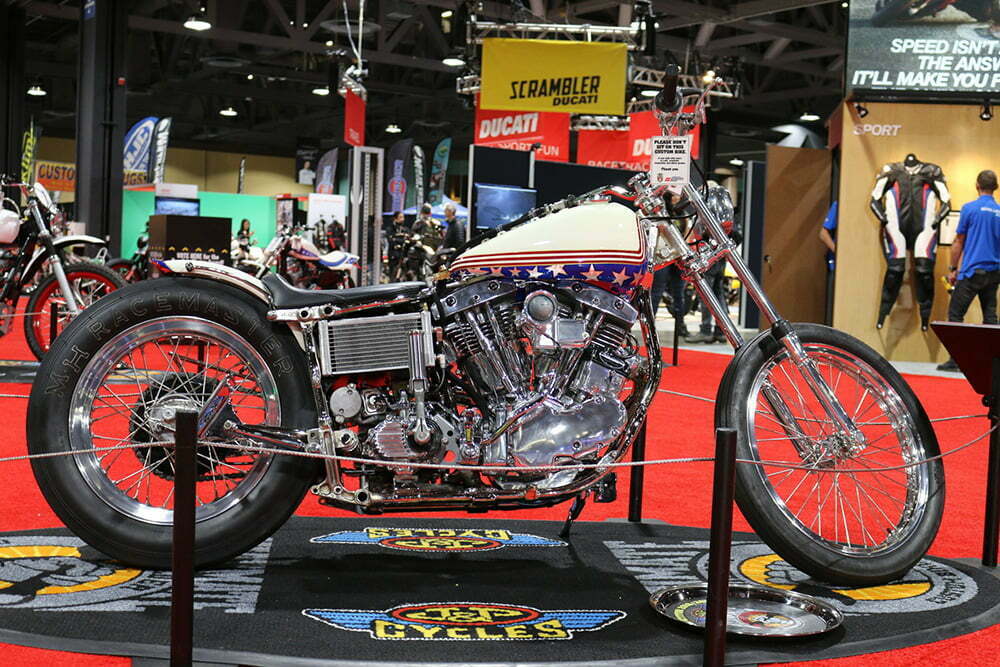 The Mod Harley class winner should also be a familiar name with Hot Bike readers. Editor-in-Chief Jordan Mastagni penned an insightful feature titled “Bennett’s Performance Is The Go-To for Harley-Davidson Horsepower.” True to form, Eric Bennett brought a sweet little land rocket to the Long Beach Ultimate Builder Custom Bike Show (UBCBS) and jetted out with a sweet $750 check and a $250 Harley-Davidson gift card after winning the Mod Harley class. Story goes the powerplant is the front engine out of the Jammer Streamliner that set an AMA record of 276.376 mph at Bonneville in October 1978, a water-cooled V-twin. The tidy hardtail with the polished frame looks primed for its own flat-out run on a dry lake bed. 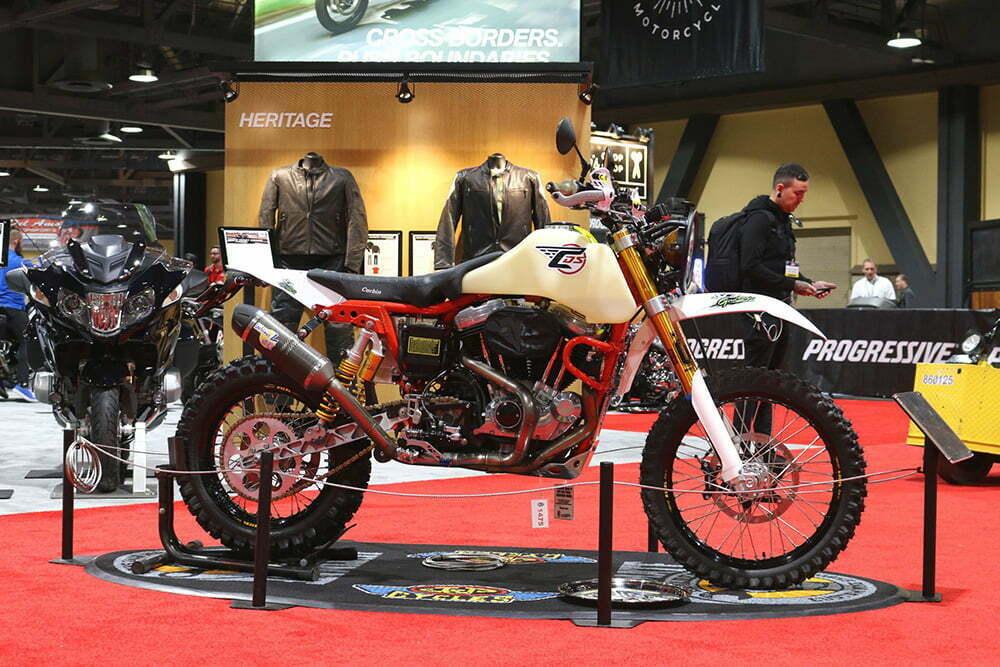 Jim Carducci was also a big winner at the 2018 J&P Cycles Ultimate Builder Custom Bike Show in Long Beach, winning both the People’s Choice award in addition to securing runner-up honors in the Mod Harley class for his 2018 Carducci Dual-Sport Gera Baja. Carducci’s claim to fame is the dual-sport motorcycle he created out of a Sportster years before Harley announced the release of its upcoming Pan America. I first met Carducci at the 2013 Quail Motorcycle Ride and it’s been fun watching his “dual-sporty” evolve over the years. The 2018 Carducci Dual-Sport Gera Baja is his best effort yet.

“This bike was built for Tony Gera. He’s Baja 1000 Pro Ironman champion 2017. His dream is to ride this thing from Santa Cruz to Baja, California, Ensenada, pre-run the Baja 1000, race it, then ride it back home,” Carducci said.

At the heart of the build is a Sportster engine bumped up to 1,275cc, good for more than 100 hp. The billet aluminum swingarm features a truss design while some of Öhlins’ best will battle Baja’s terrain with a generous 10 inches of travel on both the front and back. Gera will appreciate having less mass to wrestle when he’s in the midst of the Ironman class, seeing how he’ll be the lone rider in a race with no rest or breaks. Filmmaker Michael Accorsi will capture everything from the bike build to the race for a forthcoming documentary. 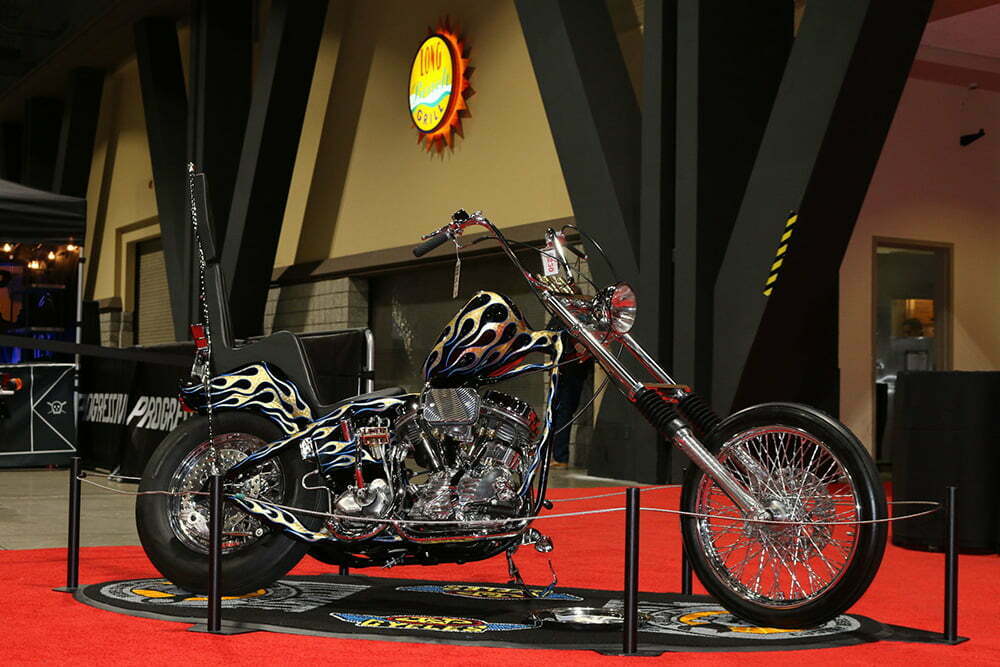 Here’s another beauty: Ryan McQuiston’s Panhead won the award at the Ultimate for best chopper. 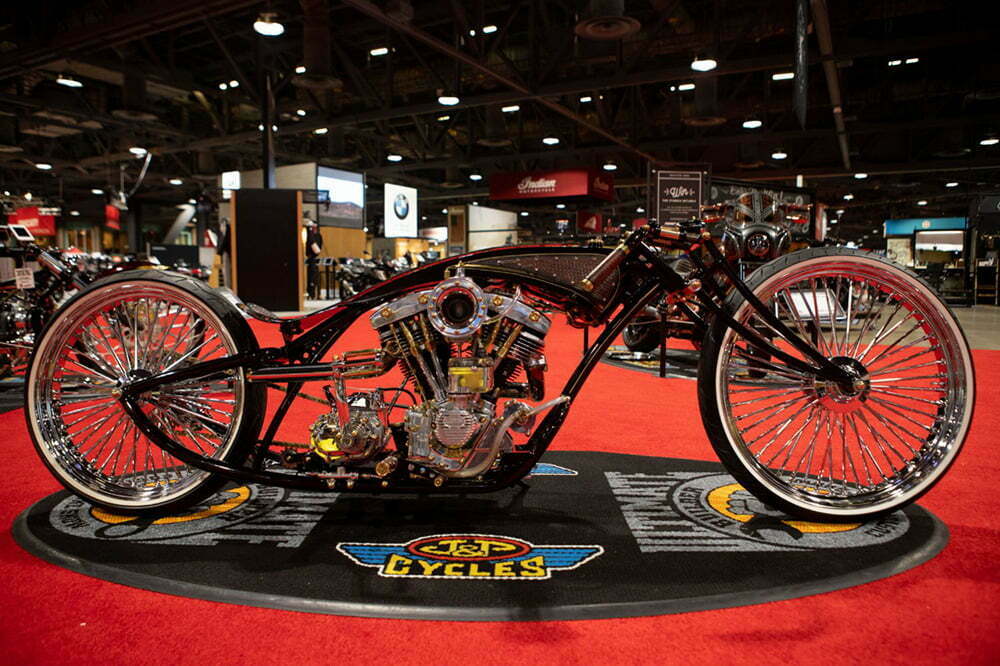 Shaun Ruddy’s custom 2018 Chop DeVille was the runner-up in the Freestyle class. 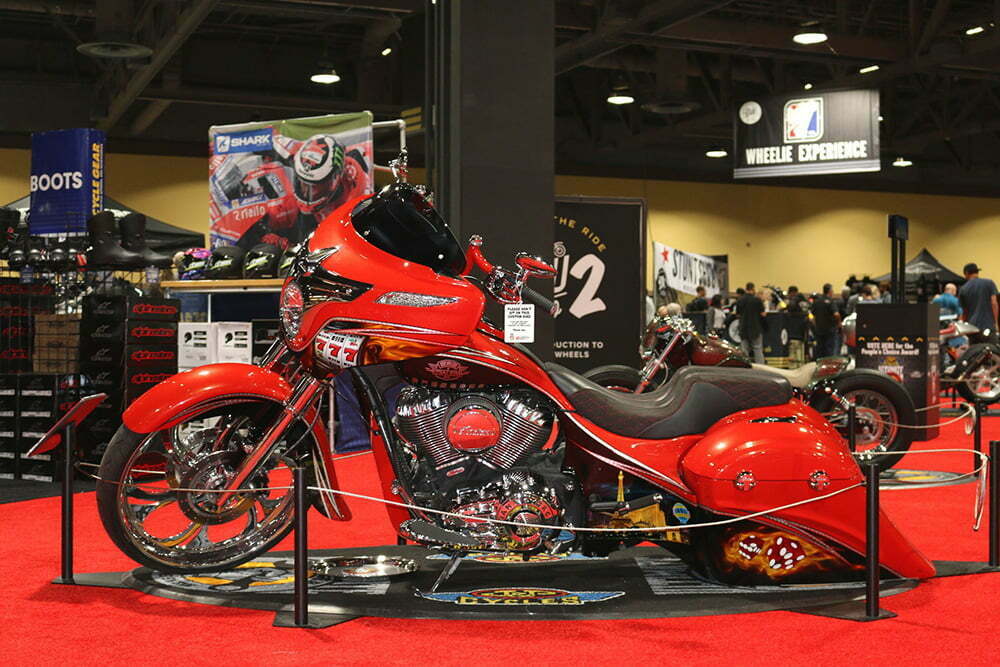 How about this eye-blasting stretched Indian Chieftain bagger?

The competition will be held at all seven stops on the IMS tour, with the championship round taking place February 17 in Chicago. To learn more, please visit: motorcycleshows.com.

Kevin Cornish won for Best Dyna at the show.

5-Ball Racing Special Ops Club Jacket This jacket is pretty damn cool. Not only does it have 12 pockets for […]

Issues That Threaten Motorcycling In America