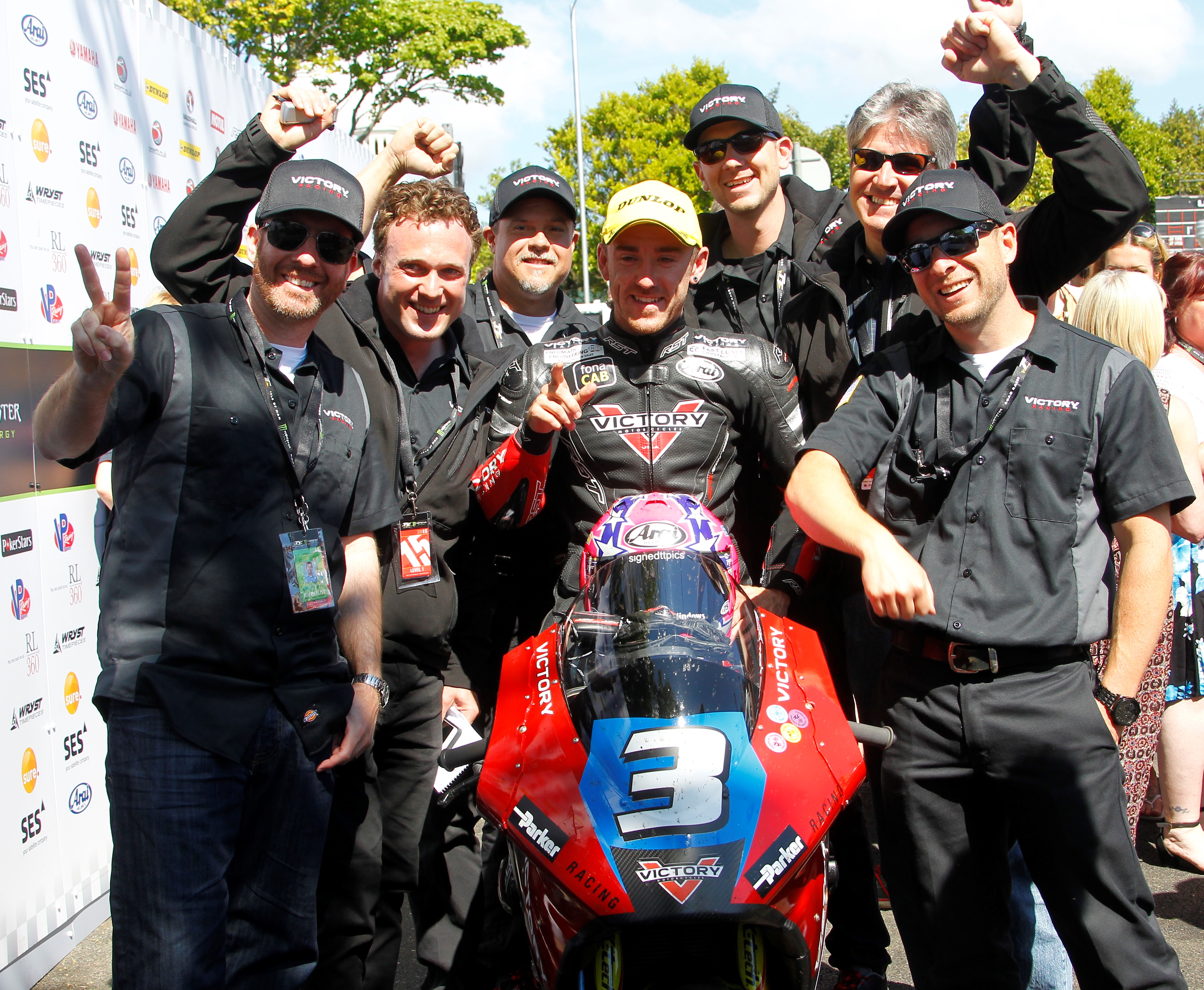 The first Victory electric race bike that Irishman Lee Johnston rode to the podium in the Isle of Man / SES TT Zero race event has been returned to Brammo Headquarters in Talent, OR after police tracked the machine down to a local individual. The Victory prototype electric TT motorcycle, powered by Brammo, was recovered with damaged bodywork and the rear wheel removed, but largely complete, by police in a search of an individual’s rental residence at 10:30 pm Sunday night.

The Talent Police Department worked the case aggressively throughout the weekend and were able to get information on the bikes whereabouts by late Sunday afternoon. A warrant was served for a rental residence ending in the custody of two individuals. The main suspect, who has a long history of run-ins with law enforcement, told police he intended to disassemble the bike and sell the parts, though nobody has admitted actually breaking into the Brammo headquarters where the race bike was on proud display.

No current or former Brammo Inc. employees have been implicated in this case.

Johnston took the #3 all-electric racer to a top speed of over 145 miles per hour and an average lap speed of 111.062 miles per hour in the SES TT Zero class finishing in third place in the class.

“Everyone at Brammo are relieved to have bike #3 back in the stable and are extremely grateful to the City of Talent Police Department for working diligently to solve this case. We’ll need some time to fully assess any damage done, but from initial inspection it appears mostly cosmetic and repairable. What a bizarre event this has been. Thank you to everyone that shared the story and participated indirectly in the recovery.” Brian Wismann – Director of Product Development, Brammo Inc.

The employees of Victory Motorcycles and Brammo Inc. wish to thank all of those who shared the news of the theft of this valuable piece of racing history. The sharing of this news through social media would have made it almost impossible for the transportation or sale of the motorcycle to have gone un-noticed. It’s another example of the motorcycle community watching out for each other. The Brammo Motorcycles products were purchased by Polaris Industries in January of 2015. Brammo Inc, continues the development of electrical powertrains including battery and controller technology. The Isle of Man / SES TT Zero effort was the first public project for Victory Motorcycles and Brammo Inc.

A precision zinc alloy metal houses a set of beefy 8mm drivers, which have great tonal accuracy with very low […]