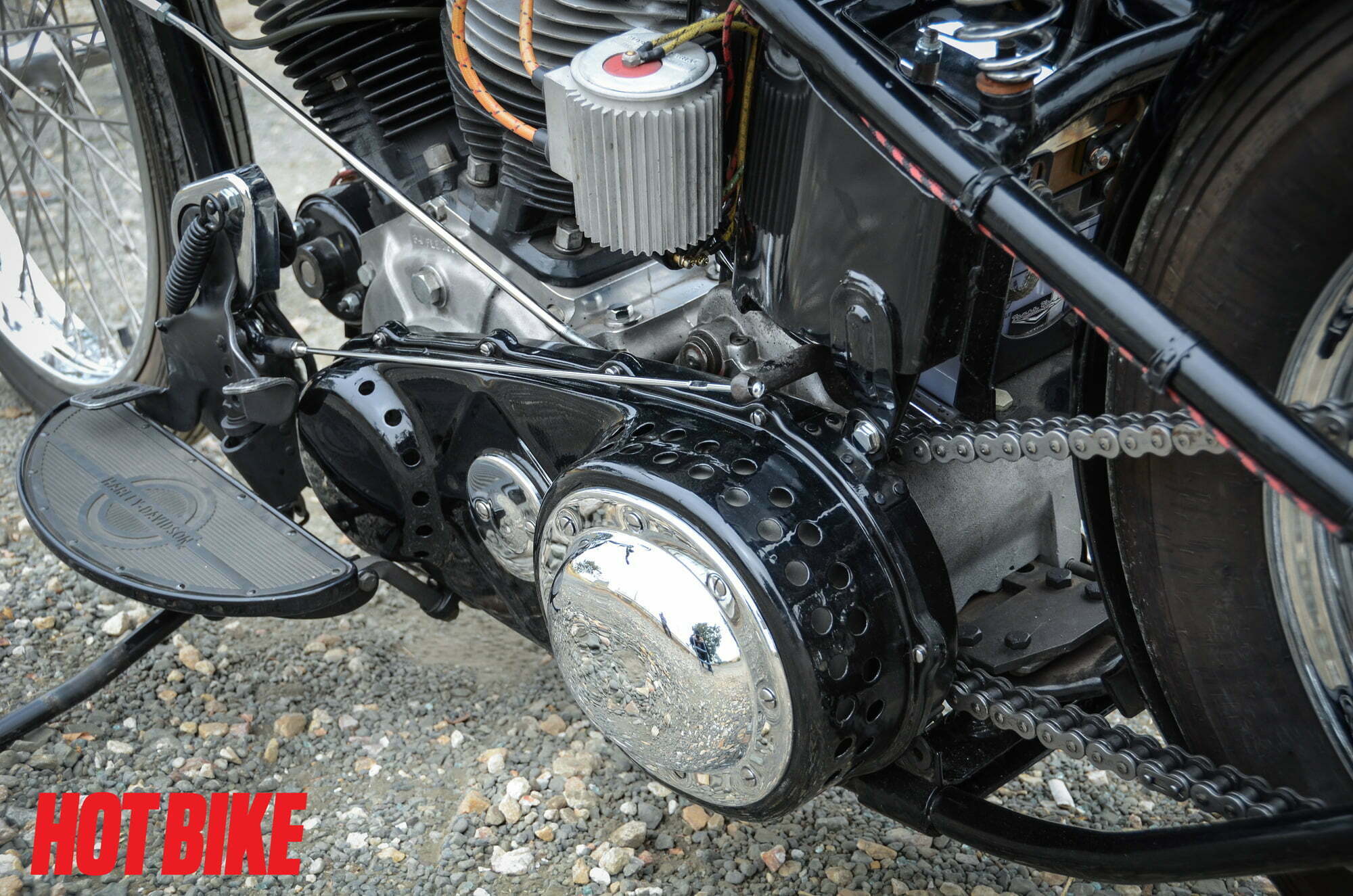 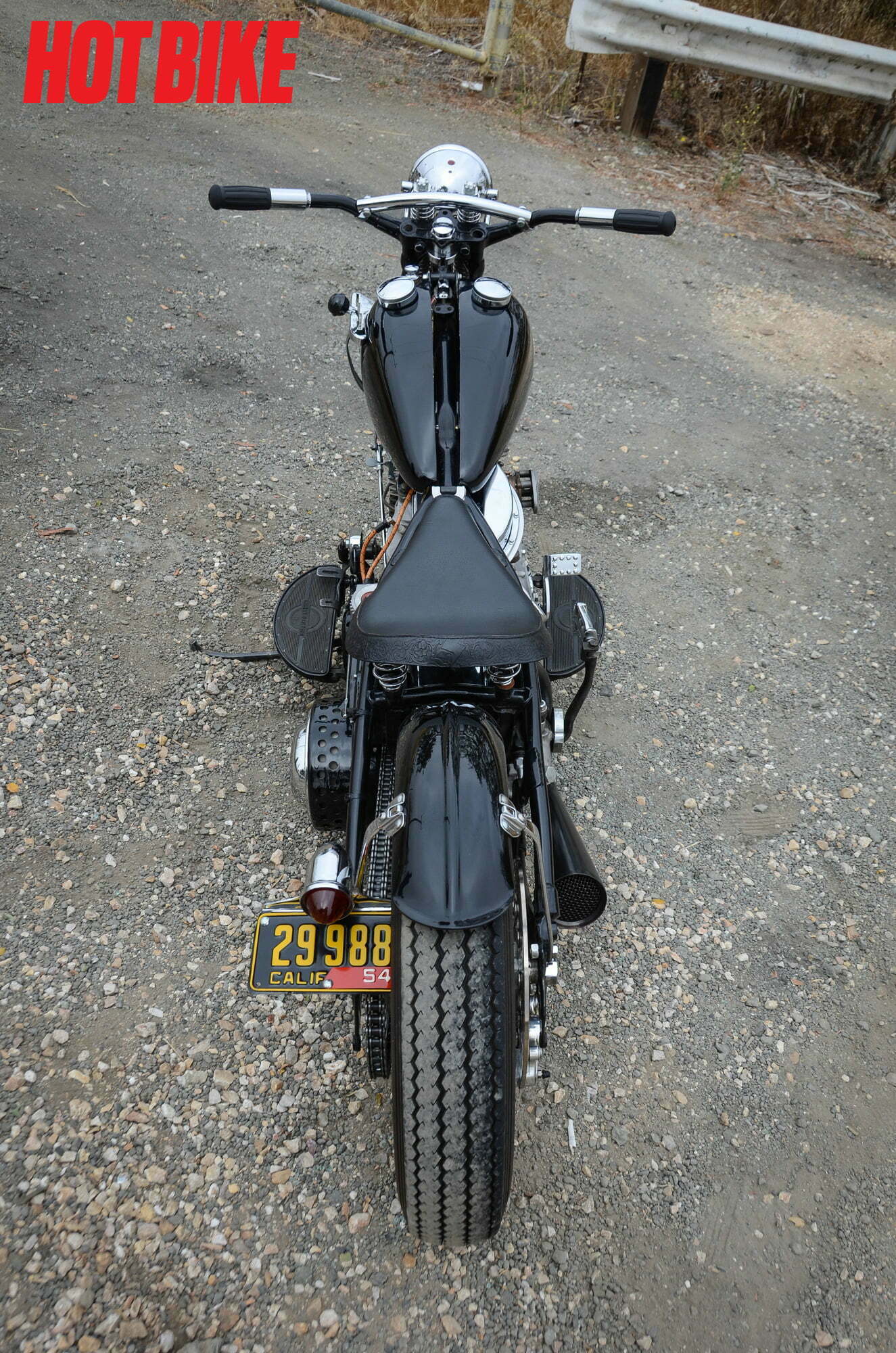 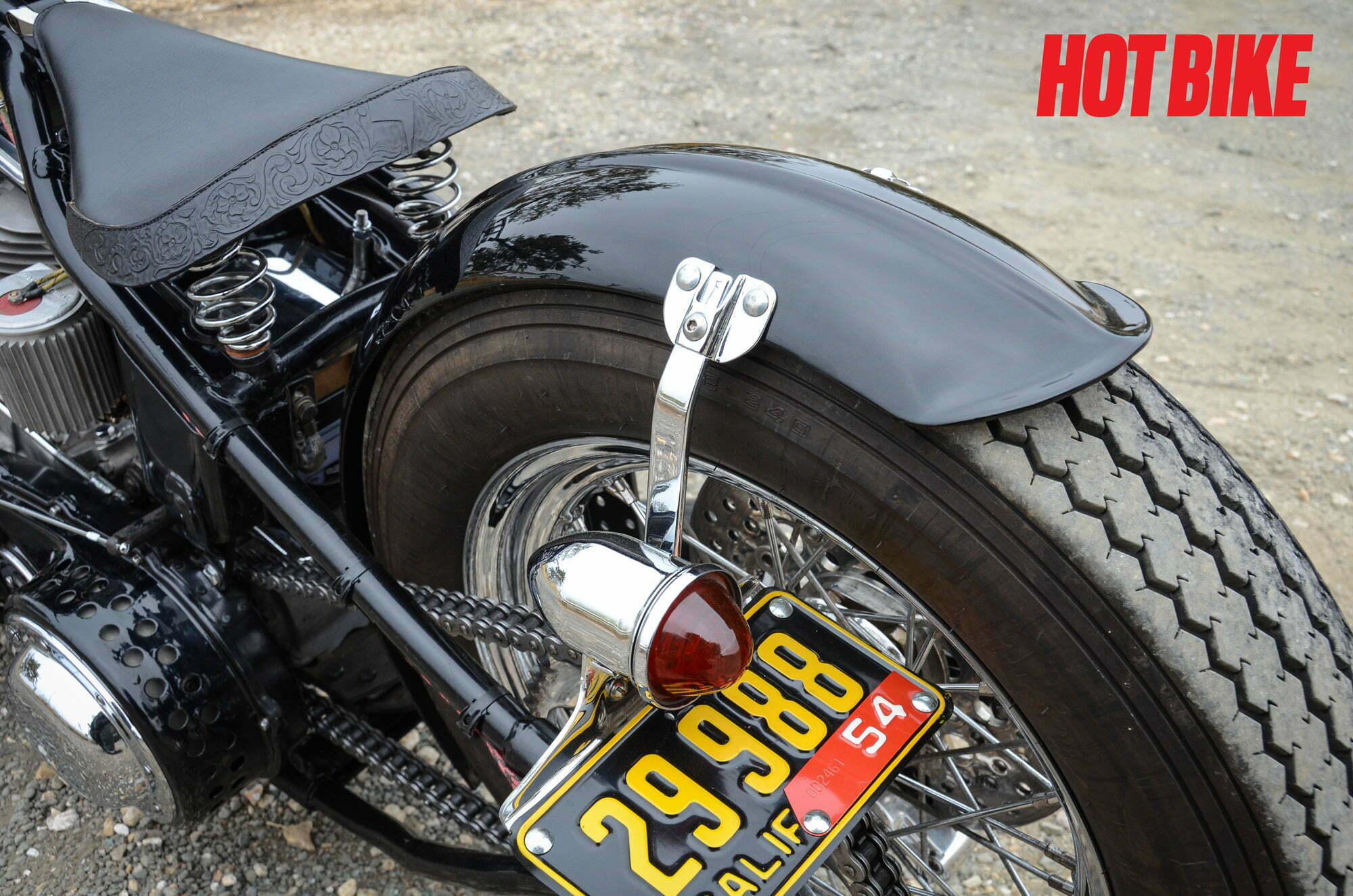 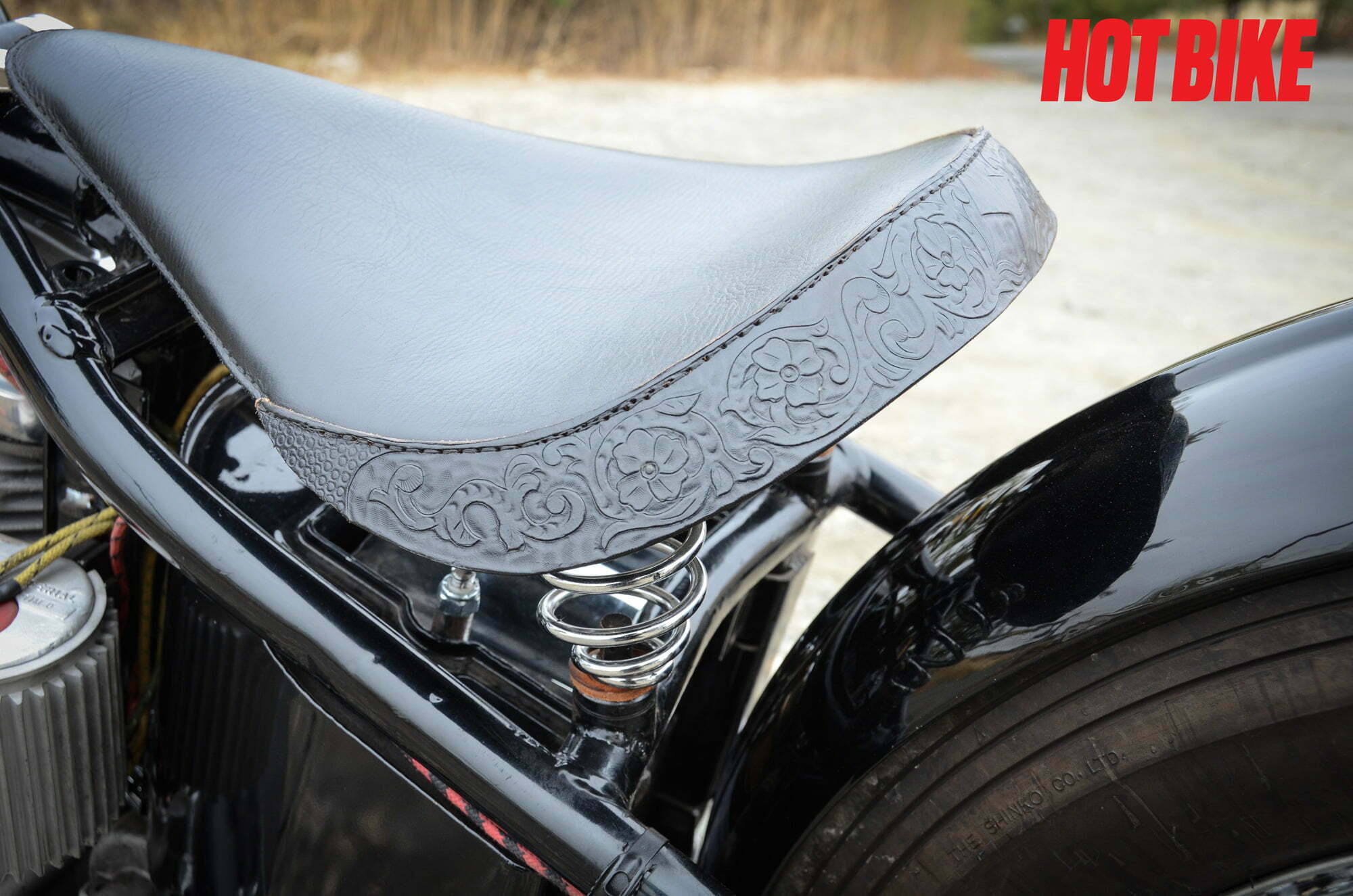 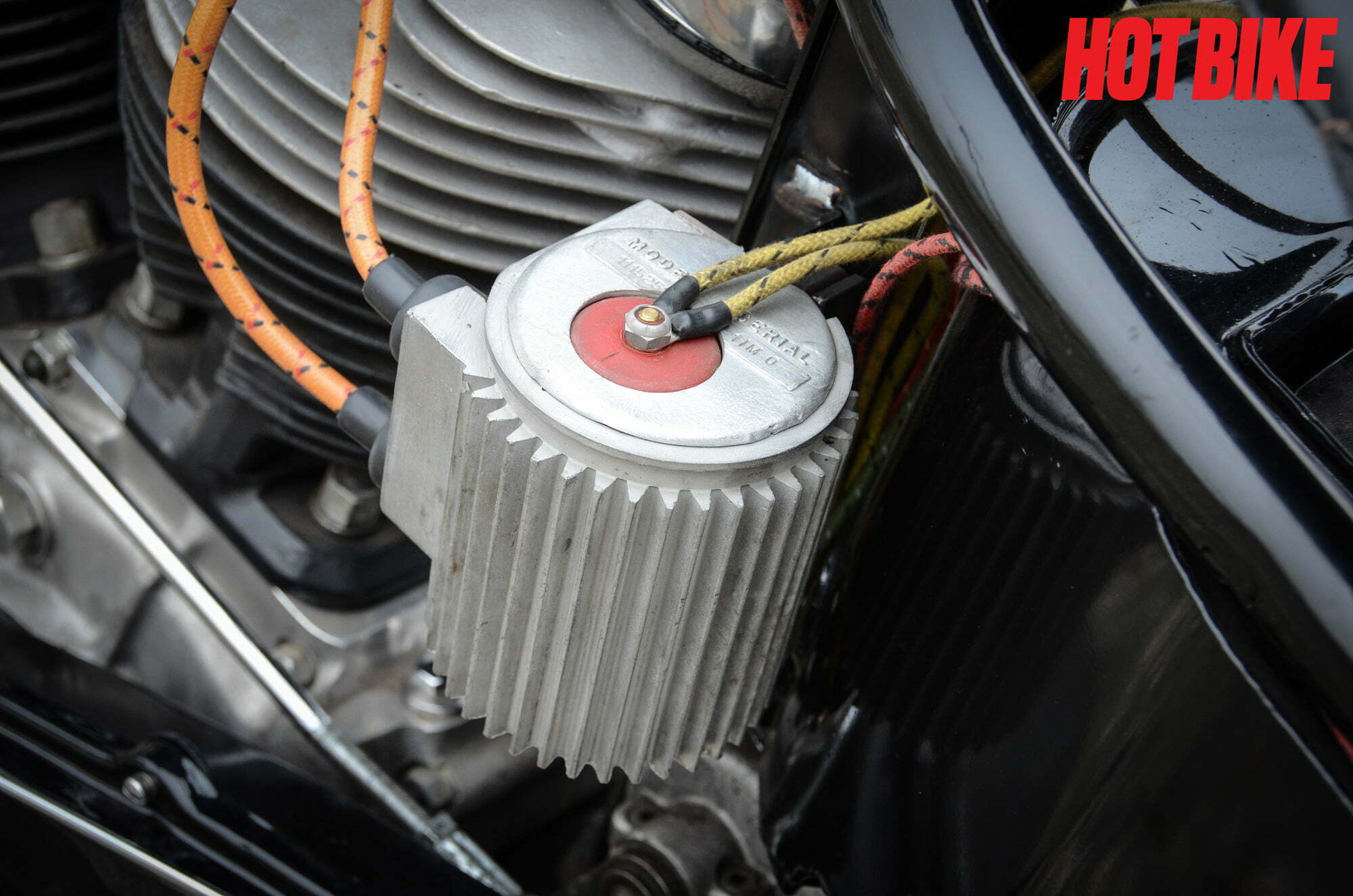 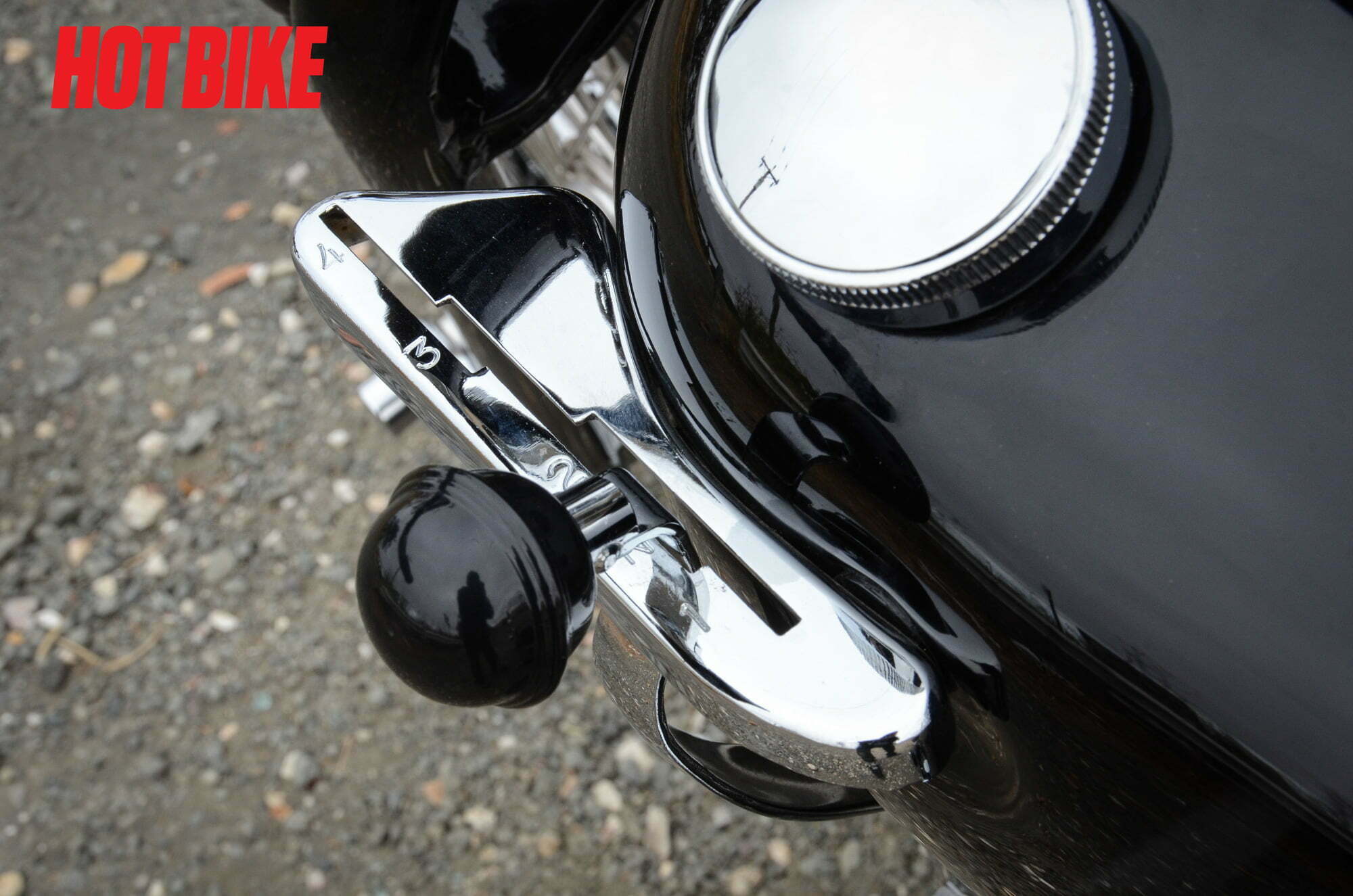 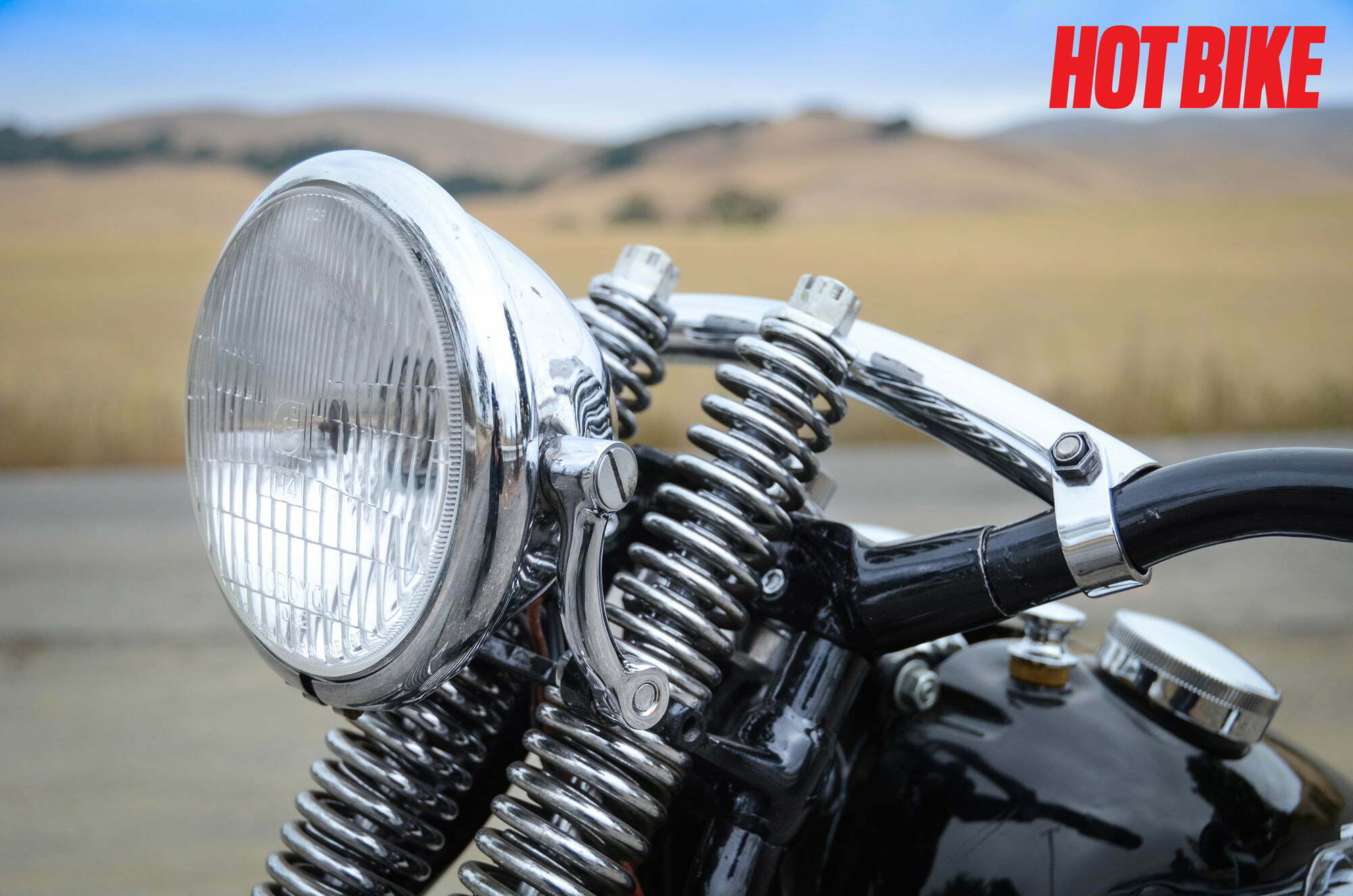 I own a small hot-rod shop in Vallejo, California. It’s a neat old town about 30 miles north of Oakland. If the name sounds familiar to you, it’s probably because Vallejo is notable for at least two reasons: One, it’s the home of legendary dragbike pioneer Stan Dishong, and two, it’s where the never-captured Zodiac Killer began his murderous rampage in the late ’60s, with his first confirmed killing taking place out on Lake Herman Road.

When I picked up this ’54 FLE basket case, the engine and trans where absent from the basket. The previous owner had taken them to Harry’s Harley-Davidson in downtown Vallejo to be rebuilt, but the project stalled and they sat under a bench for five years or so.

After my purchase I went to Harry’s to check out my latest acquisition. It was June, and I didn’t want to let the motor and trans sit under the bench another season. I asked Harry if the engine could be rebuilt by Christmas. He said yes, so I put a build timeline together and began to work on the chassis. I re-shortened an old extended offset Springer, ironically using Ford wishbones for the repair. The forks had been so butchered that I ended up shaving the ribs off the outside of the fork legs. Harry laced a new 21-inch front to a Wargasser spool hub for me, with Speedmaster rubber. Out back I put a 16-inch Goodyear SpeedGrip on a swap-meet wheel. My friend Josh gave me a Wassell fender to use, but it didn’t fit the radiuses of the 16-inch wheel. I had a 1936 Ford spare tire cover and noticed if I removed 3/8 of an inch from the center rib and flipped up the rear of the fender a bit it was nearly identical to the Wassell but would fit the 16-inch.

It was closing in on Christmas, and I was getting anxious for my engine. I waited ’til two days before Christmas then went down to Harry’s to pick it up. But when I got to his shop, it was closed.

I waited ’til two days before Christmas then went down to Harry’s to pick it up. But when I got to his shop, it was closed.

A sign on the door read, “Closed for the holidays. Back Jan. 3rd.” This couldn’t be happening. I planned my whole Christmas holiday around getting the engine back. I was crushed, but what could I do (other than cry softly)? I waited until January 4 and stormed into Harry’s shop. I impatiently asked, “What happened? I thought you said my engine would be done by Christmas.” Harry stopped lacing the wheel he was building, looked me dead in the eye, and said, “You never said what year,” as he stood behind his workbench burning a hole through my soul with his glare. I could feel my eyes begin to water and my lower lip begin to tremble. It was in that moment that I realized… Harry was the Zodiac Killer, hiding in plain sight as a semi-retired master Harley mechanic.

I tried to get a grip on the fear that had just overtaken me, as to not tip my hand that I was wise to his dark secret. Slowly, with a quaky voice, I said the first thing that came to mind: “What?”
“You never said what year,” he replied. “You said Christmas, but you never said which Christmas.”

“You said Christmas, but you never said which Christmas.”

“Oh,” I said. “So all I need to do is give you a specific date? Well how about January 30, 2013?” “Very well, Matt,” he said as he calmly went back to lacing the wheel. Slowly I walked backward to the front door where I made my escape.

Still in shock I drove back to my shop and franticly worked on the rest of the bike. After all, I couldn’t put the pinch on a serial killer to hurry up and finish my engine then not be ready for it. I quickly reduced a set of 3.5-gallon tanks to 2.5 gallons. I pounded out a seat pan and had my friend Jacob Buckner at American Leather tool me a skirt then Abel at Express Auto Upholstery stitch it together. I then cut 4 inches out of a set of Springer handlebars. I handed all the sheet metal to Tim Elwess for some single-stage black paint. I next fashioned a short little megaphone with a stainless mesh insert and attached it to the stock exhaust pipe.

As I waited for the paint. I was left to battle with myself over the toughest decision: mechanical drum or disc brake? It was an easy decision because I was out of money and already had a disc brake wheel and a floating rotor, but I did splurge on the Kustom Tech caliper. I made some fender struts from 1928 Chevy hood latches and sent them off for chrome with the headlight mounts I made and some other knickknacks.

On January 31, the day after my motor was finished, Tim brought over the freshly painted tanks and fender. I asked if he would go with me to pick up the engine. I really didn’t need his help, and I feel guilty for saying this, but I brought Tim in case the Zodiac tried to make a move and take me out to keep his secret safe. I figured I could use Tim as a human shield, so I stood just behind Tim the whole time we were in Harry’s shop. That way I could shove him down and make a run for it if things got crazy. The engine retrieval, despite my paranoia, went quite smooth however, and on our way out, Harry told me when the bike was all together I could bring it back down to his shop and he would give me a hand with the first fire. I’m not one to turn down an offer like that from someone who’s been building Harley engines for 25-plus years.

I’m not one to turn down an offer like that from someone who’s been building Harley engines for 25-plus years.

So when it was ready I brought the bike down to Harry’s.

After we fired it and fiddled with it for about an hour I was loading it into the back of my truck. Harry came up behind me and in a low voice he slowly said, “You know, Matt, Lake Herman Road [where the shooting took place] is a great place to break in your new engine.”

The inspiration for custom motorcycles varies in meaning from person to person. Some people might see a movie that changes […]