Motivation is tricky. Some are motivated to make others happy. Others could care less what people think. They’re motivated by the creative process and doing something because it’s what they want to do. Oliver Jones, founder of The Cutrate, does things his own way, which was the case with his 2002 Power Plus Indian from the good-old Gilroy days. 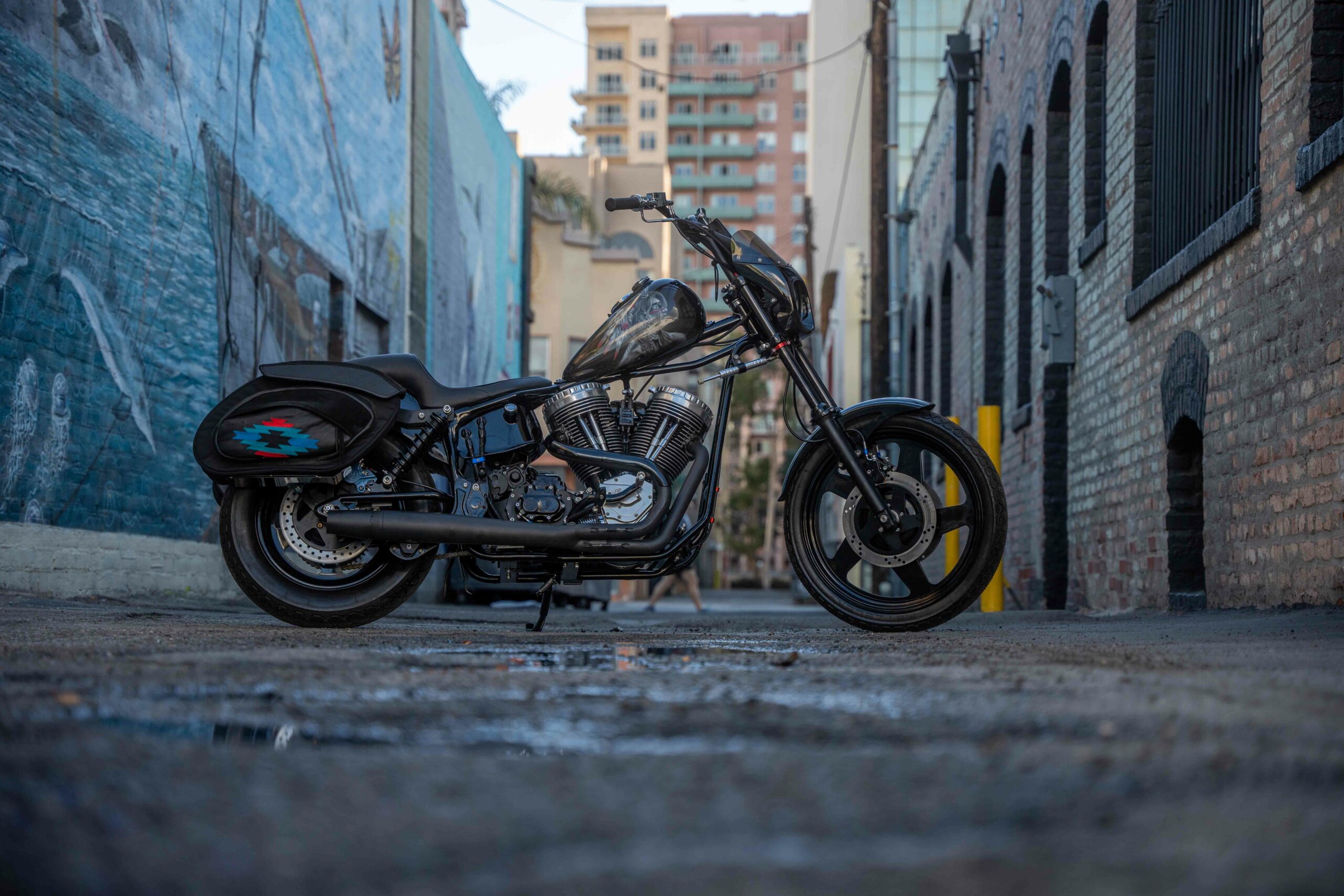 When I first laid eyes on this bike, I scratched my hairless head trying to define it. “It looks like a club style bike with sort of a ‘90s chopper vibe,” I thought. But some things can’t be put into a box. I reminded myself that each bike I encounter is unique and special and tells its own story. And this bike had a lot of depth. Oliver’s Indian kept pummeling me with Bad Religion’s “Against the Grain.” It was definitely “swimming upstream” from the current custom climate, which I appreciate. “I built this bike for Born Free as a show bike, but also as a daily rider,” Oliver says. “I have always liked the Gilroy Indian motor and wanted to build something that was a bit out of the norm.” Now when you think of Indians from the Gilroy era, or Indian in general for that matter, you typically associate big skirted fenders, some loud solid colors or two-tone paint, and of course, chrome. Oliver had different plans from the get. “This was going to be a ‘Tuff Indian’ that could have been a ‘factory concept.’” 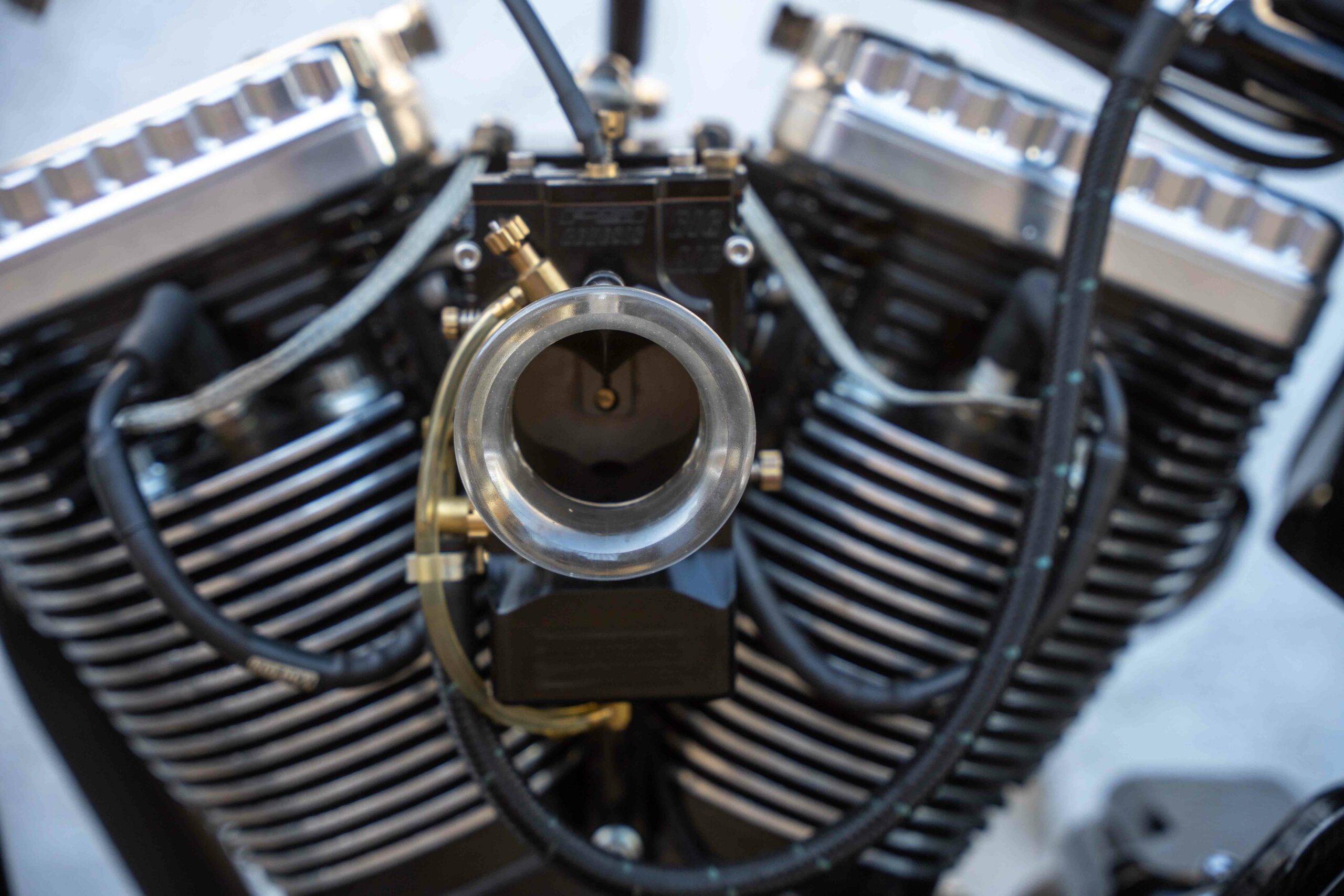 The main goal with the Gilroy was to build something reliable yet unique enough to where it wouldn’t be mistaken for yet another Harley equipped with a “different” engine. Those being the only real bits of criteria. “Things can quickly spiral out of control when you have ‘make it different’ in your mind.”

“The style was loosely based off another build I did in the past in terms of stance and overall look,” Oliver recalls. “But this was different in the fact that it is rubber mounted and the last one wasn’t.”

Oliver is quite the parts collector. He frequently travels from coast to coast in his van while scouring every swap meet he can find along the way in search of the perfect accompaniment to the many projects he’s working on. “Just about everything is special, but the tank and bags are my two favorites,” Oliver says. You’ll notice the custom Leather Pros stitched by @staychillbill with additional leather work done by @marioburkardt. And the paint was laid by Adam Webber with apropos airbrushing from Scott Takes at Underground Art Studios. 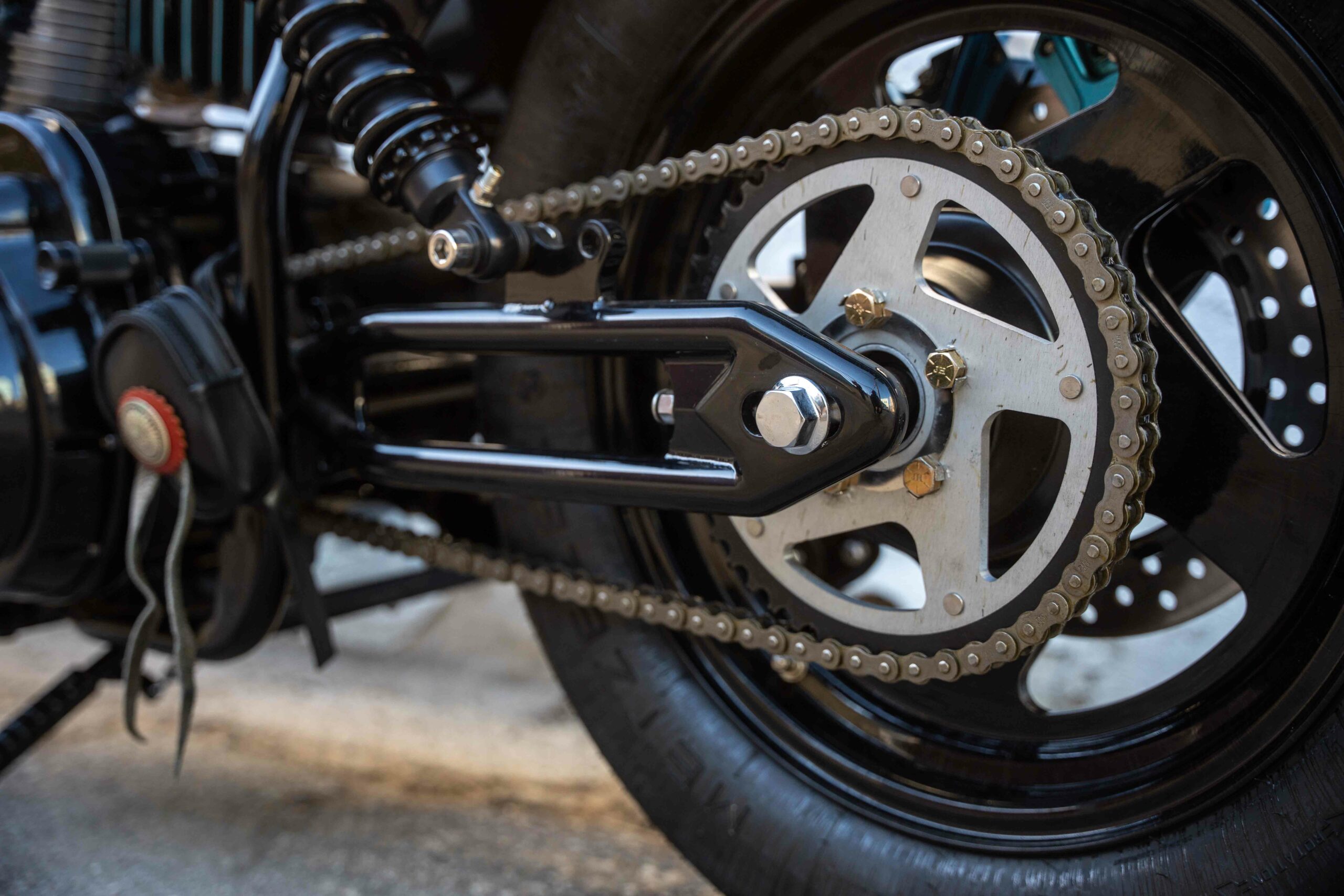 As with anything worth anything, there are always challenges. Oliver says the most challenging thing with any build is to have lots of electrical stuff while still keeping things clean. “You don’t have side covers or a big tank to hide things under,” Oliver explains. “So keeping the final product in your mind while fabricating is always a challenge. My mind wants to run wild with possibilities but I have to remember the goal.”

​​As always it takes a lot of people to pull off this stuff. Oliver would like to thank everyone who helped: @adam_weber, @bryce_rey, @fury36, @staychillbill, @marioburkardt, @scott_takes_underground, @bornfreeshow, @porterbilt_  Dustin, Andre, Billy, Fast Eddie, and the crew at RSD.

I’m not much of a trike guy, but one of our readers (Paul Shotter) just sent these photos of his […]

Motorcycle House is one of the world’s largest motorcycle apparel, luggage, and parts online retailer in the world. Due to […]