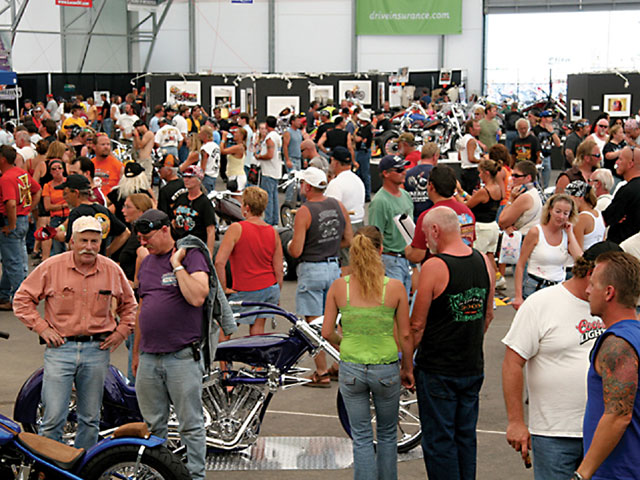 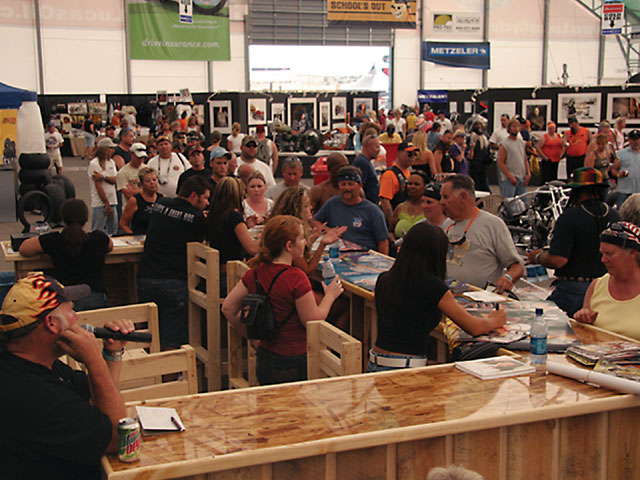 Located 3 miles east of Sturgis on Highway 34, Thunder Road is hard to miss. With 6 acres of paved vending space full of high-end custom aftermarket vendors and the nearly 40,000-square-foot Thunderdome, Thunder Road is one of the largest venues in the rally. For five years running, Thunder Road has made a name for itself as a great place to go for anything custom in Sturgis. This year’s version is going bigger with more bike shows, more live events, and more exciting attractions than before.

If that isn’t enough bike art for you, there’ll be a ton of shows. You’ll also see the Metzeler show for the second consecutive year, the Rat’s Hole show, and some new ones, including the Feel the Thunder Race Bike Show and the Sculptures in Steel show, in which bikes are judged on function and form, with a focus on presentation.

Master builder, entrepreneur, and star of Speed Channel’s Texas Hardtails series Rick Fairless again brings a badlands version of his biker mecca, Strokers Dallas, to the Thunderdome. Strokers Sturgis possesses an eclectic blend of Texas-inspired biker decor, ice-cold beer, and hotter-than-hot beer babes. Add a bunch of customs from the world’s top master builders, and you have one of the coolest beer joints in Sturgis. Six days of bike shows and incredible events prove Thunder Road is still the Custom Capital of Sturgis.

Thunder Road is a part of the Glencoe Nation and is located directly in front of the Glencoe Camp Resort, which will be host to Rock ‘N’ the Rally, an event that will have more than 10 national musical acts.

Thunder Road and the Thunderdome open at 9 a.m.

Once again, Thunder Road will host Michael Lichter’s famed motorcycle-themed art exhibit. Dubbed One World Choppers, it’ll focus on builders from outside the U.S. and examine their influence on kustom kulture.

The Seminole Hard Rock Roadhouse tour has a new home at Thunder Road, bringing celebrities and their bikes, as well as exhibiting photography by Michael Lichter, and featuring custom builders stopping by throughout the event.

Known as the Fastest Woman on Four-Wheels, Black Hills native, Jessi Combs has been named the Grand Marshal for the […]

In addition to the new filler strips, Harley also added a set of saddlebag extensions to the bags of the […]