Travis Wyman Wins King of the Baggers at Road America

Weather caused Sunday’s Mission King Of The Baggers race to be moved to later in the day, and the length of the race was also reduced to a four-lap sprint. H-D Screamin’ Eagle factory rider Travis Wyman took it all in stride and won the first Baggers race of his career. He bested his teammate and defending class champion Kyle Wyman by just under one second. Third place went to Mission Foods/S&S Cycle/Indian Challenger Team’s Jeremy McWilliams, the legendary Ulsterman racing for the first time at Road America. 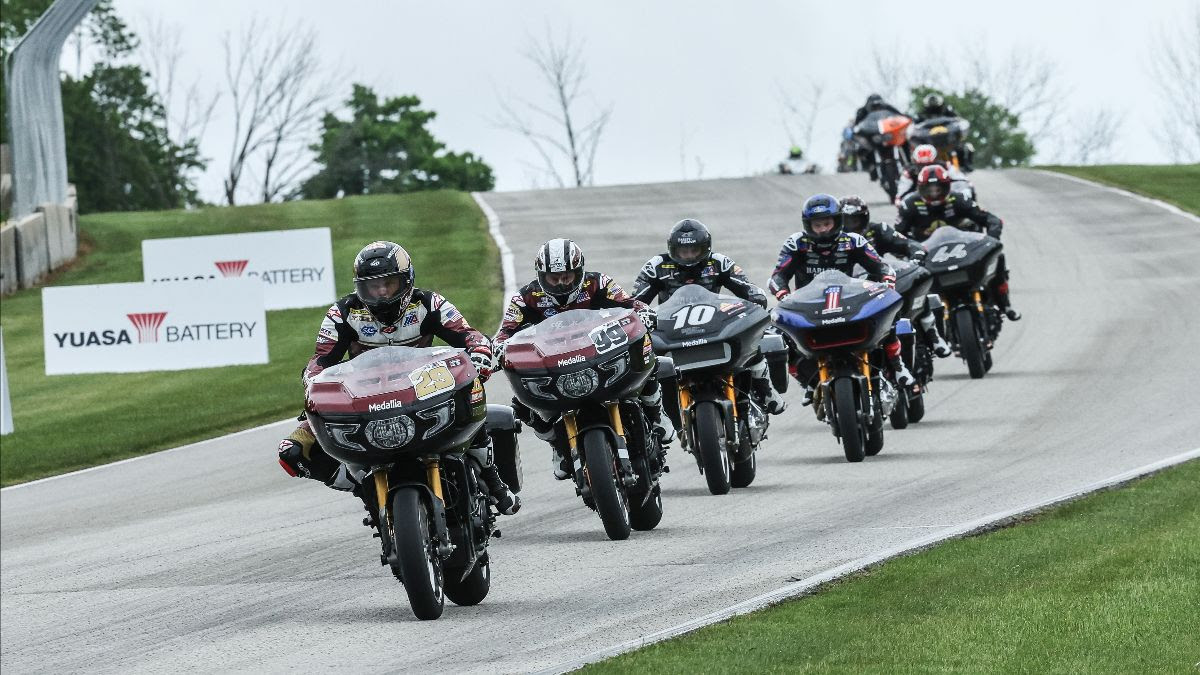 “For me, (this win) is probably at least in the top three,” said Travis Wyman. “I never won a race on a Harley, ever. All those years on XR1200s, I podiumed. I was second and third in the championship. To get a win here, and especially at Road America, and see how many Harley fans and how many people from the factory are out here, it was a big moment, for sure.

“I told (my brother) Kyle on the way over here, I was so nervous with the track conditions. I hate the wet/dry conditions. I figured at best I was going to be fifth or sixth in this race. But, as soon as I got a decent start and was right with the guys, I couldn’t really fully draft on the straightaway with Jeremy (McWilliams) or Tyler (O’Hara), but I felt really, really strong in the infield. I haven’t felt that comfortable on this bike probably since we were at Daytona in the first practice. I felt really strong. So, to have kind of the slew we had at the last round at Atlanta and the testing that we did to come back here and get a win, I still don’t even believe this is real. This is incredible.”

Machine gun ban? Not in Sturgis!

Check out the Choplot at the Daytona Bike Week with custom bikes and custom parts from Lowbrow Customs, Boston Mike’ […]

Harley-Davidson has teamed up with Adam Sandoval – the founder of ScootinAmerica, an initiative that focuses on giving back to […]

The Smoke Out Bike Show Winner Was This British-Inspired Ironhead