Harley-Davidson has teamed up with Adam Sandoval – the founder of ScootinAmerica, an initiative that focuses on giving back to our military members – to launch MISSION: “THANK YOU”. H-D says, “At Harley-Davidson, we believe every American should be able to experience the profound freedom of motorcycle riding, especially those who risk their lives to protect ours.” Kruchten is the first of eight honorees that will get bikes this year. Sandoval is asking every American to nominate a military member – past or present – who has dedicated their life to protecting our freedom by submitting their story of sacrifice, strength and courage of service. His cross-country MISSION: “THANK YOU” aims to thank those who have served, and are serving, to protect our freedom by giving away eight Harley-Davidson motorcycles powered by new Milwaukee-Eight engines. A panel consisting of Sandoval, Wounded Warrior Project representatives and Harley-Davidson leadership will select which seven other deserving military members will be honored with new motorcycles. 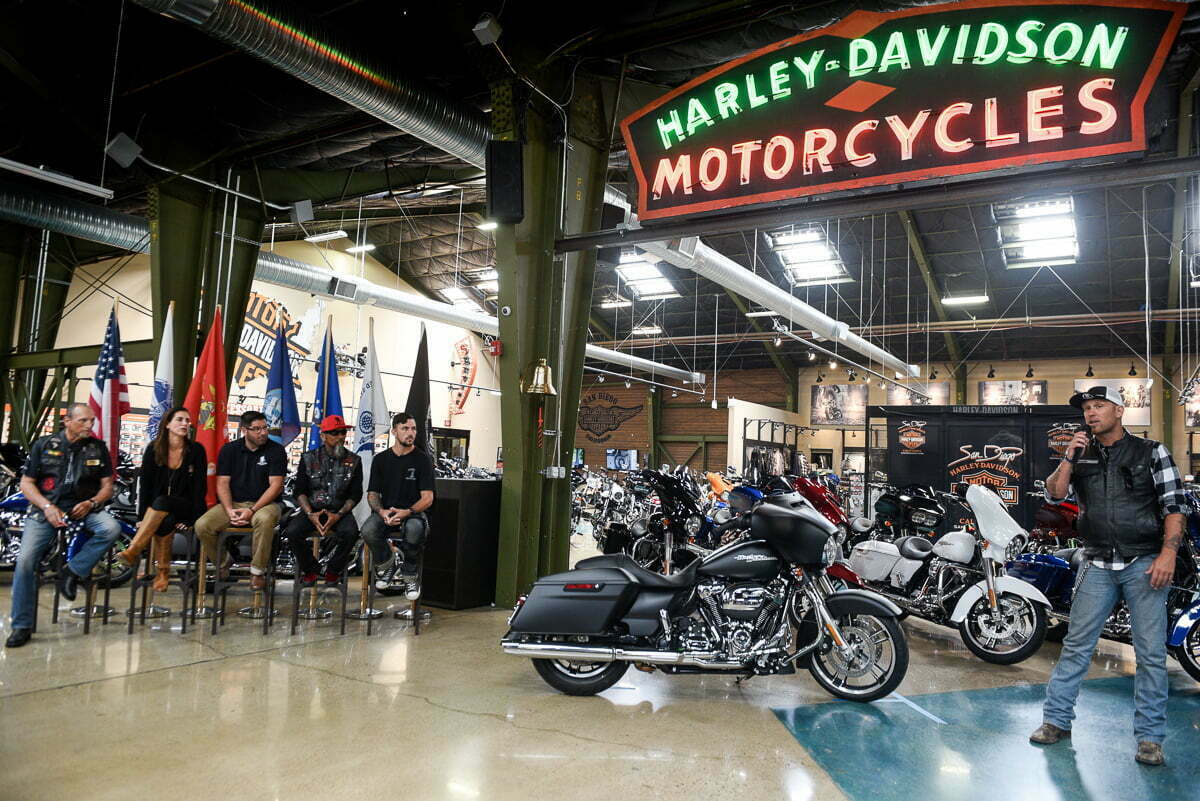 The honorees will also receive a lifetime membership to the Harley Owners Group and they can give a free Harley-Davidson Riding Academy class to a loved one.

Along with MISSION: “THANK YOU,” Harley-Davidson does a lot to serve our veterans and active duty personnel. Harley-Davidson is offering the Harley-Davidson Riding Academy New Rider Course to all current and former U.S. military personnel and first responders (law enforcement, fire, and EMS) and their spouses for just $99. H-D can also provide free motorcycle storage for deployed military personnel. Additionally, Operation Extend the Ride extends the factory warranty for the number of days deployed to account for the balance of the remaining warranty period.

This past weekend San Diego Harley-Davidson, one of the biggest H-D dealerships on the country, celebrated their 1 year anniversary […]

What motorcycle do you ride when you’re one of the greatest Formula 1 racers of all time? If you’re the […]

Control Your Load | 39mm Fork Adjusters From the Speed Merchant