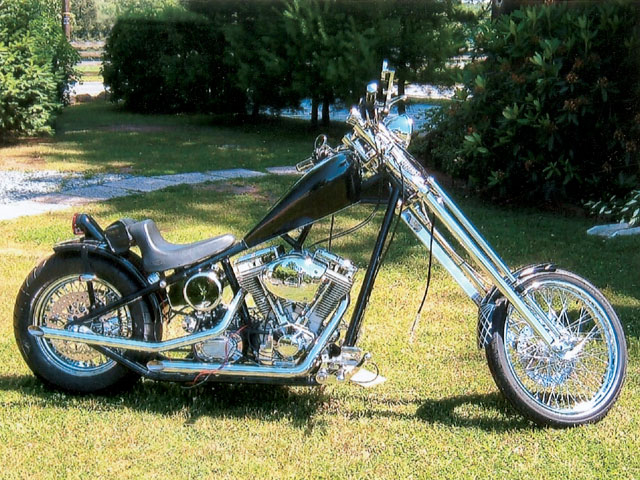 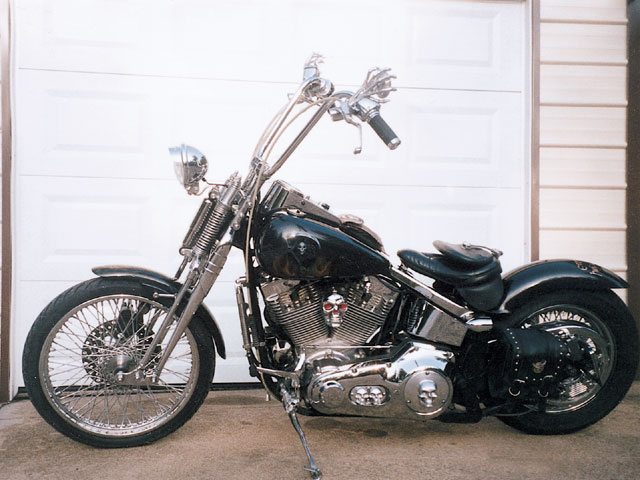 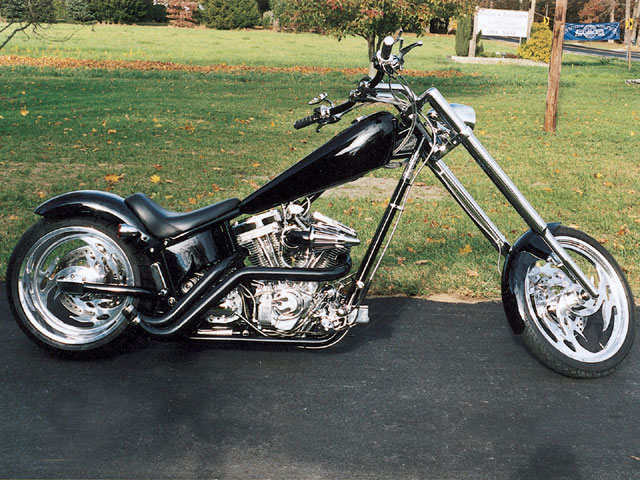 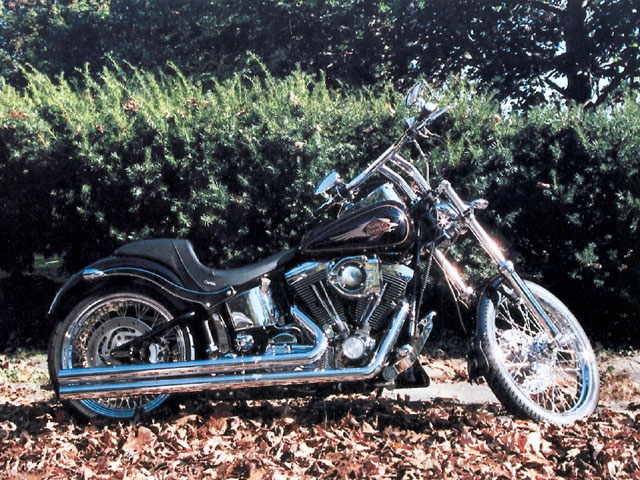 Ten Months And Ten Days
When Mike Whorley started to build this bike, all he knew was it was going to be a chopper. How he was going to get there was a different story. Mike started with the Rolling Thunder rigid, and after hearing everyone tell him to keep the motor in line something closer to stock ci with a rigid, he said “the hell with that-go big.” A 127ci El Bruto was mounted in this frame to rip up the road and his back. But Mike said this is the only way to go, so everything he did to this bike he did his way.

24-Skull Bike
Tony Simington had been told throughout his Army career that he was a number. So he wanted his bike to have its own number. But what? It did not come to him until he got the paint back with 24 skulls and 24 coats of clear. Fortunately, it did not take Tony 24 months to build. Once he had the H-D Frame and frontend together with a set of wheels as a roller, the rest of the bike went together fast.

Seen It, Bought It
Longtime HOT BIKE reader John Morano has been reading every issue he could get his hands on and following along with any Sportster tech we did on his Sporty, but the time came to upgrade to a Big Twin. John was reading HOT BIKE and saw the test ride with American Iron Horse’s Texas Chopper, and the next day he headed out to the closest dealer he could find. After a short test ride he was laying the cash on the table for this bike, and rode it home.

Harley-Davidson Deal
“This is the bike for me,” said Paul Bouffard after seeing the bike he had to have. It started out as just another stock ’98 FXSTC, but by the time he got it home his head was full of ideas and style changes he wanted to make. The first thing was the pipes-he wanted a loud H-D sound, but from the stock pipes no dice. Vans and Hines pipes went on the bike as soon as they showed up at his house. Next was the new seat and handlebars, and then he swapped out the wheels for a set of twisted spoke and chromed out the lower legs. Now Paul feels he has “his custom” his way, but still plans to change a few other things.

One of the guys who was riding the first of Crocker’s modern V-twins was Jack Lilly. He later became an […]

If it is DOT then show it. How do you know if your high dollar helmet is DOT well the […]

The Switchback in its mini bagger form. And stripped down ready to cruise to bike night. The back of the […]