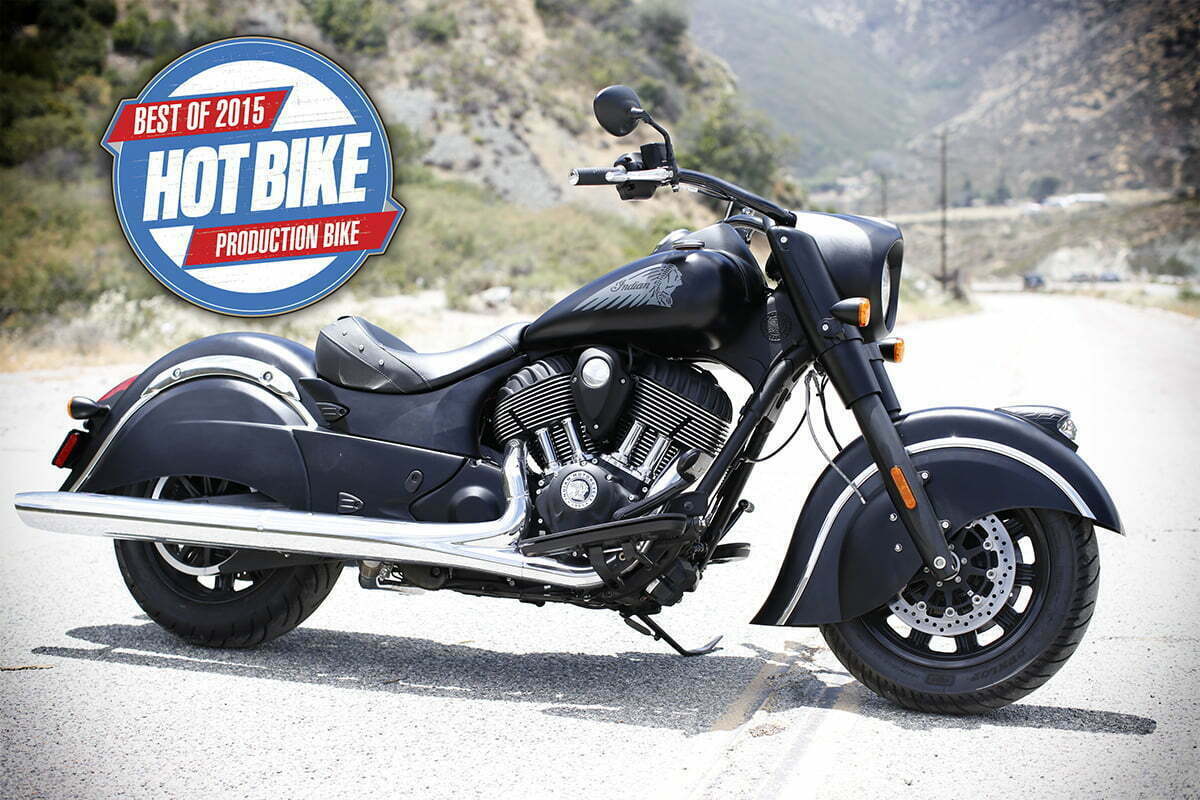 Built on the Indian Chief platform, the Dark Horse gets the blacked-out treatment from fender tip to fender tip. Along with its stripped-down minimalist construction, the Dark Horse is one of the most striking and aggressive-looking production motorcycles in the past few years.
The Dark Horse has plenty of substance to back up its rebellious looks also. The 1,811cc Thunder Stroke 111 engine offers copious amounts of horsepower and torque to get you moving in a hurry—great for the open highways as well as traffic-laden urban jungles.
The ride quality of the Dark Horse is smooth, predictable, and confidence inspiring thanks to its 46mm fork offering 4.7 inches of travel and its air-adjustable shock providing plenty of rider customization.
Being the custom-motorcycle magazine that we are, we are stoked that Indian has more than 40 accessories available for the Dark Horse, which enables owners to customize to their own needs and wants.
All in all, we dig that Indian presented its classic looks and styling with a modern, dynamic twist while also retaining the brand’s premium performance. 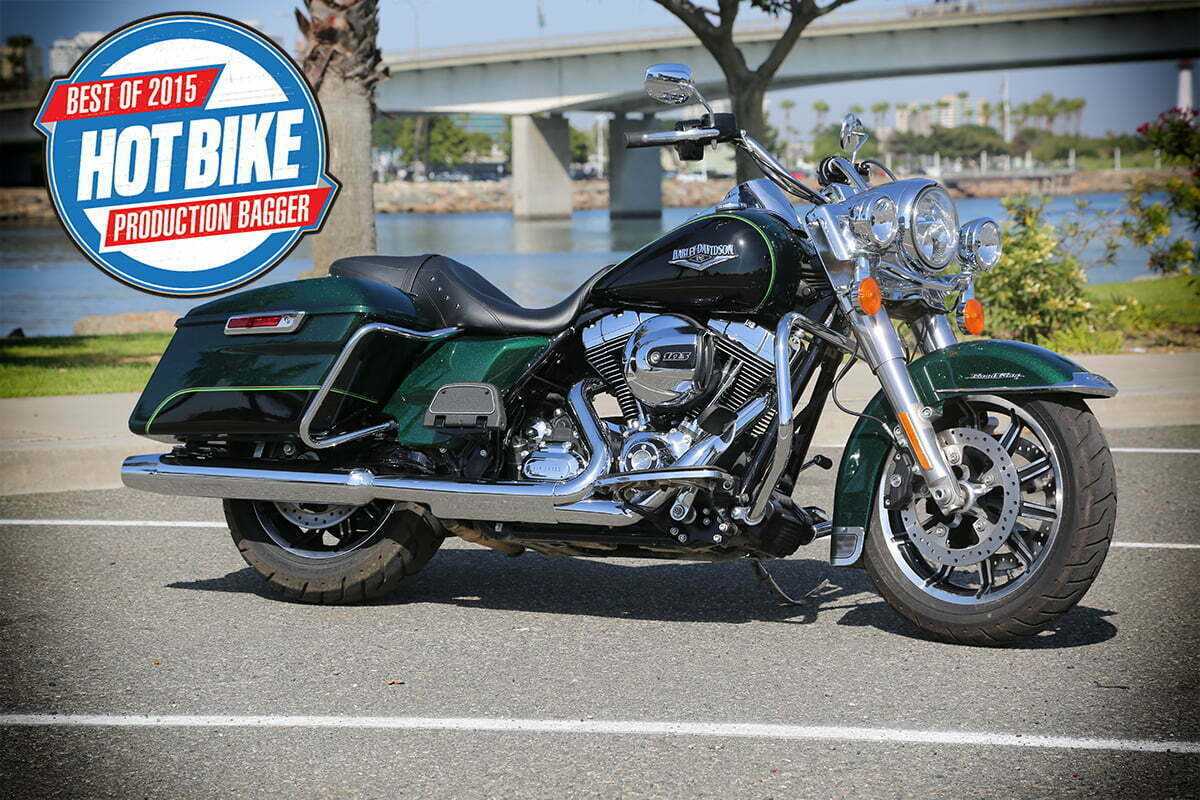 In 2014, H-D’s big Project Rushmore totally revolutionized its line of motorcycles, and after doing some hard miles on several models, we can safely say they are a whole new breed of motorcycles and worth the investment to buy new. While the 2015 Road King isn’t different for this year, it’s those earlier improvements that make it the comeback kid. Not only does the high-output 103 have the grunt to get your gears rolling, but the air-adjustable suspension can soak up the turns, and the linked ABS Brembo brakes bring you back to reality. What more can you ask for?
So why pick a year-old model for Bike of the Year? With the wind in your face and nothing but the road ahead of you, the Road King is the classic motorcycle. It’s the bare-bones quintessential cruiser that can be customized into a full-on show bike of every genre or ridden cross-country without a hint of hesitation. The 2015 Road King is one of those bikes that has the potential to be the bike of the year this year, next year, or any year thereafter. Sure, gizmos and gadgets on new bikes come and go, but there is nothing more classic than a Road King. Long live the King.

While there are a lot of production motorcycles to choose from, two bikes climbed to the top amongst our favorite rides for the year. Even though introduced in 2014, the Harley-Davidson Road King and Indain Chief Dark Horse were chosen as our best production bike of the year.
For more bikes, parts and babes visit hotbikeweb.com.

There is something special when hundreds of bikers get together for a weekend of riding motorcycles, shooting the shit over […]