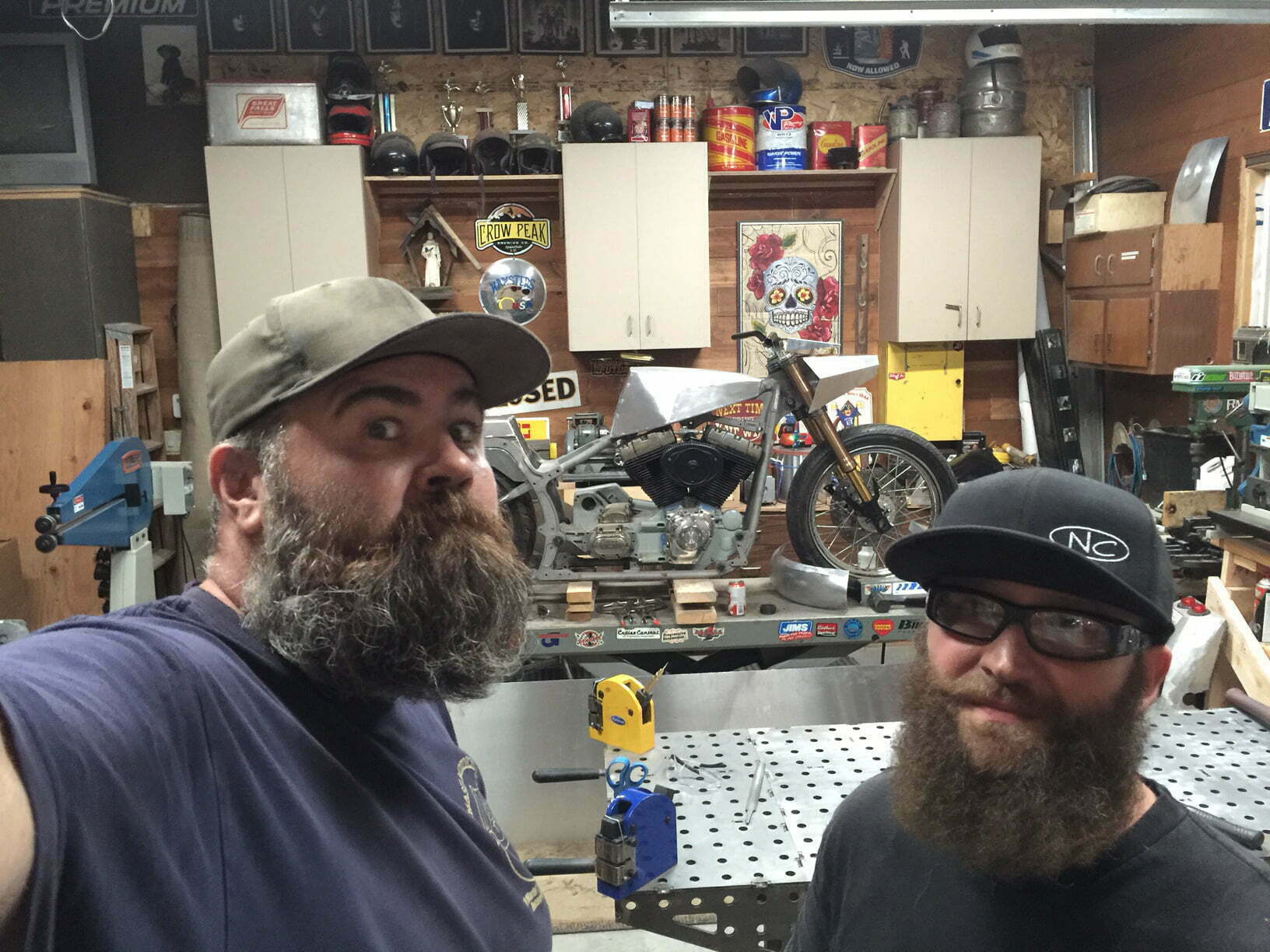 Joe’s Battlestar Gallactica-looking Tour bike is on its way to the 2016 GEICO Hot Bike Tour as we speak.

Joe Mielke and his shop, Snap Fabrications, aren’t exactly strangers to Hot Bike. More than that, his FXR Show is becoming a staple for Sturgis to boot. He’s also one of the invited builders for the 2016 GEICO Hot Bike Tour. It doesn’t suck to be Joe.

Why’d you agree to be a builder for the Tour?

Started my own business and it sounded like a good way to let people know that I’m still in the motorcycle works.

Describe your Tour bike in one word.

How would you describe your building style?

I like functional and clean but I like lots of different styles. I suppose I have a style but I don’t know what to call it.

Riding roads I’ve never ridden before. The people are cool too.

How did you get started building motorcycles?

As a career? Because of photography actually.

With the Tour going through the birthplace of barbecue this year, which do you prefer: ribs, brisket, or pulled pork?

The 2016 GEICO Hot Bike Tour officially starts tomorrow! Check back with us for the latest updates on it.

Before the show’s start, hobbyists and magazine staff got to work. This ’93 Harley’s claim to fame comes from the […]

Anyone that has had the same bike for more than a year knows after time, you may get tired of […]