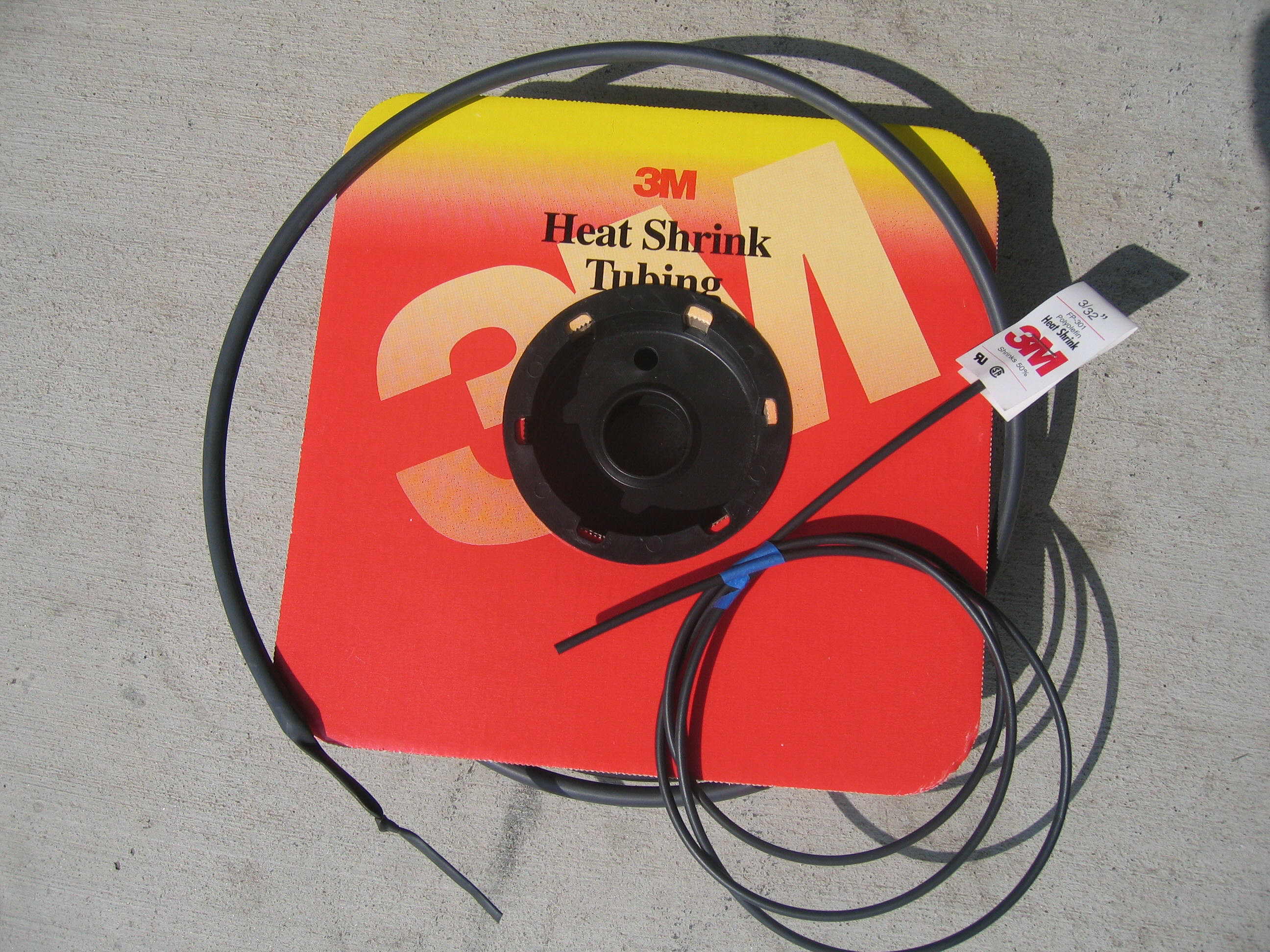 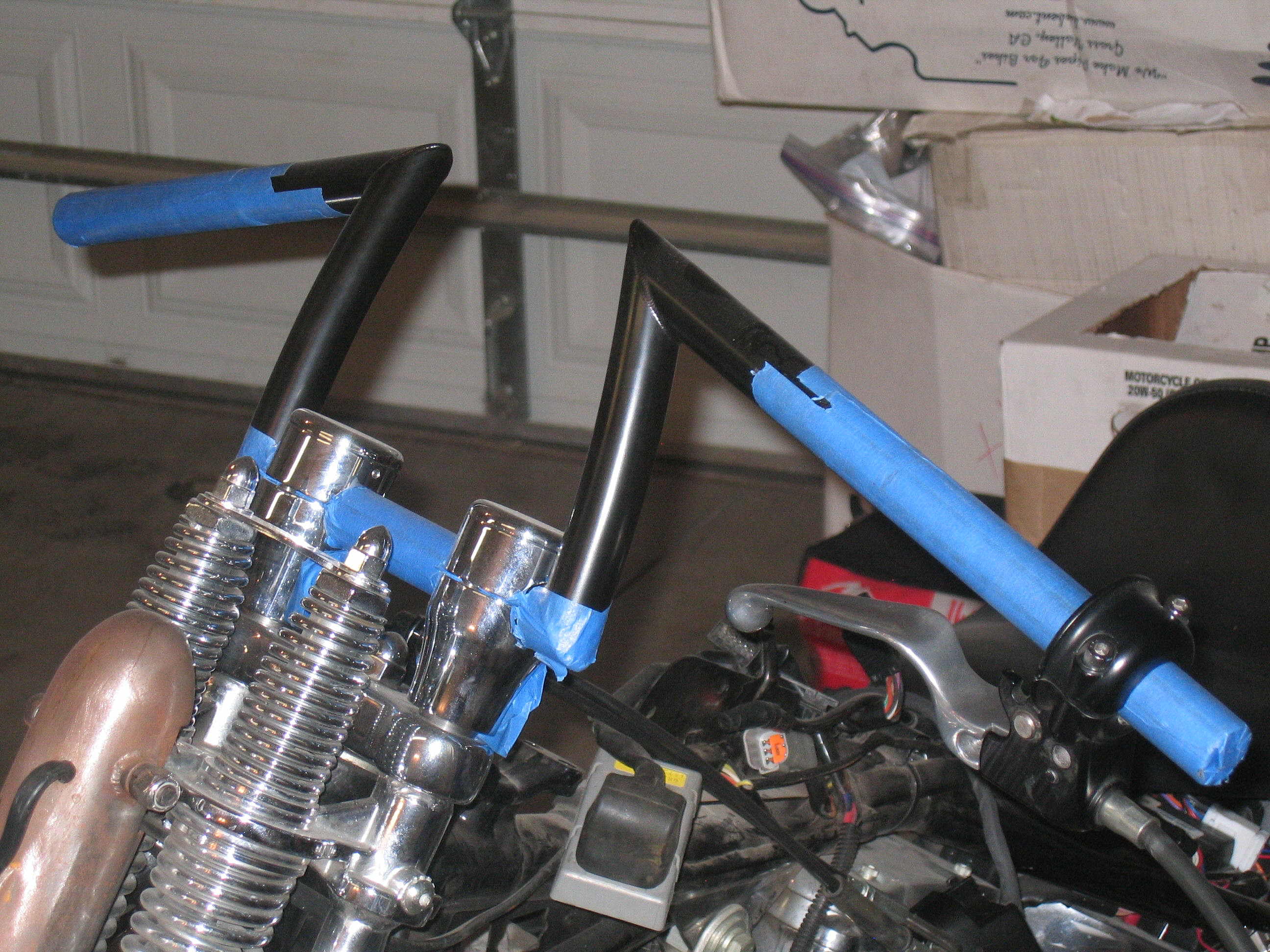 For the past three months my ’96 Springer has been sitting in my garage on the cusp of being a rideable bike once again—in the process of a tank swap I decided to change out the bars for a new set from Biltwell Inc as well…when does it stop??? Anyways, the bike has been sitting like a tank-less skeleton, just waiting for me to wire up the new PM hand controls I also picked up (see comment above).

span style=”” /spanSo you’re probably thinking, “what’s the f-n’ hold up right?” Well, I’ve basically had everything I needed except for one crucial element, HEAT SHRINK TUBING. I mean sure I could have just used some electrical tape and called it a day but, I am running a set of split Sporty style tanks with a custom “dash” piece that my friend James Crosby made out of some stainless steel tubing. James fabricated the piece to make it look like the backbone is arching up between the two tanks, pretty cool looking and still keeps that split tank look which is exactly what I wanted. The problem is I kept all the stock wiring (speedo, tach, indicator lights, handlebar controls wiring etc) that’s found along the backbone so that if I ever wanted to put the original tanks and dash back on, all the leads would still be there. With this new dash piece, it doesn’t completely seal between the two tanks meaning water and debris can find its way to the electrical leads. Which brings me to the necessity for heat shrink tubing. I wanted to keep the hand control wiring protected from the elements, and heat shrink tubing is the best way to do that—it’s like a condom for your electrical wires, but with less drastic consequences if it rips or slips off while in use.

span style=”” /spanEvery morning when I would roll my Road Glide out of the garage I would see the Springer sitting there and say to myself “pick up shrink tube.” And everyday when I would get home from work, I would roll the RG back into the garage see my old ’96-er sitting there, and curse myself for once again forgetting the shrink tube. Well the other day I got home early enough to go to the local auto parts store, and they had a package of assorted shrink tube pieces in various sizes and colors—it was like a rainbow of fruit flavored shrink tubes. But not what I was looking for, I didn’t need a grip of wild colored shrink tube for my bike (I’m trying to build a bad-ass motorcycle, not a tribute to Skittles) I just wanted black, plus I needed longer lengths than what was in the package…sometimes size does matter.

span style=”” /spanThen yesterday while at lunch with Jeff G. (associate editor for BAGGERS) and Nick “Urban Spoon” Schultz (managing editor for HOT BIKE _and _BAGGERS) I remembered there was an industrial hardware supply store on the way back to the office. So we stopped in and it was like walking into the men’s version of Toys R Us. Jeff and I could have spent hours in there—Nick, not so much. After rifling through the huge assortment of shrink tubing I picked up a 100 ft roll of ¼ inch and a 2 ft. piece of 3/32 inch (both black in color mind you) along with a couple of other things I didn’t need right away but would probably come in handy at some point—even though I know I’ll forget where I stashed them in my garage when that time comes.

span style=”” /spanIt might have taken three months but now I am finally ready to install the hand controls and be one step closer to springing down the road. In this case shrinkage is a good thing.

Tectorius™ is pleased to introduce VIBRA-STOP ™ Thread Adhesive, Sealant and Anti-Vibration compound. VIBRA-STOP product is a unique formula that […]

Here are the Moon drag pedals being disassembled. Words and Photos: Kirk Taylor I have clamped the pedal into my […]

The Merriam-Webster dictionary defines a pickpocket as a thief who picks pockets. Simple enough, although what’s been omitted is a […]

All About That Motorcycle Oil