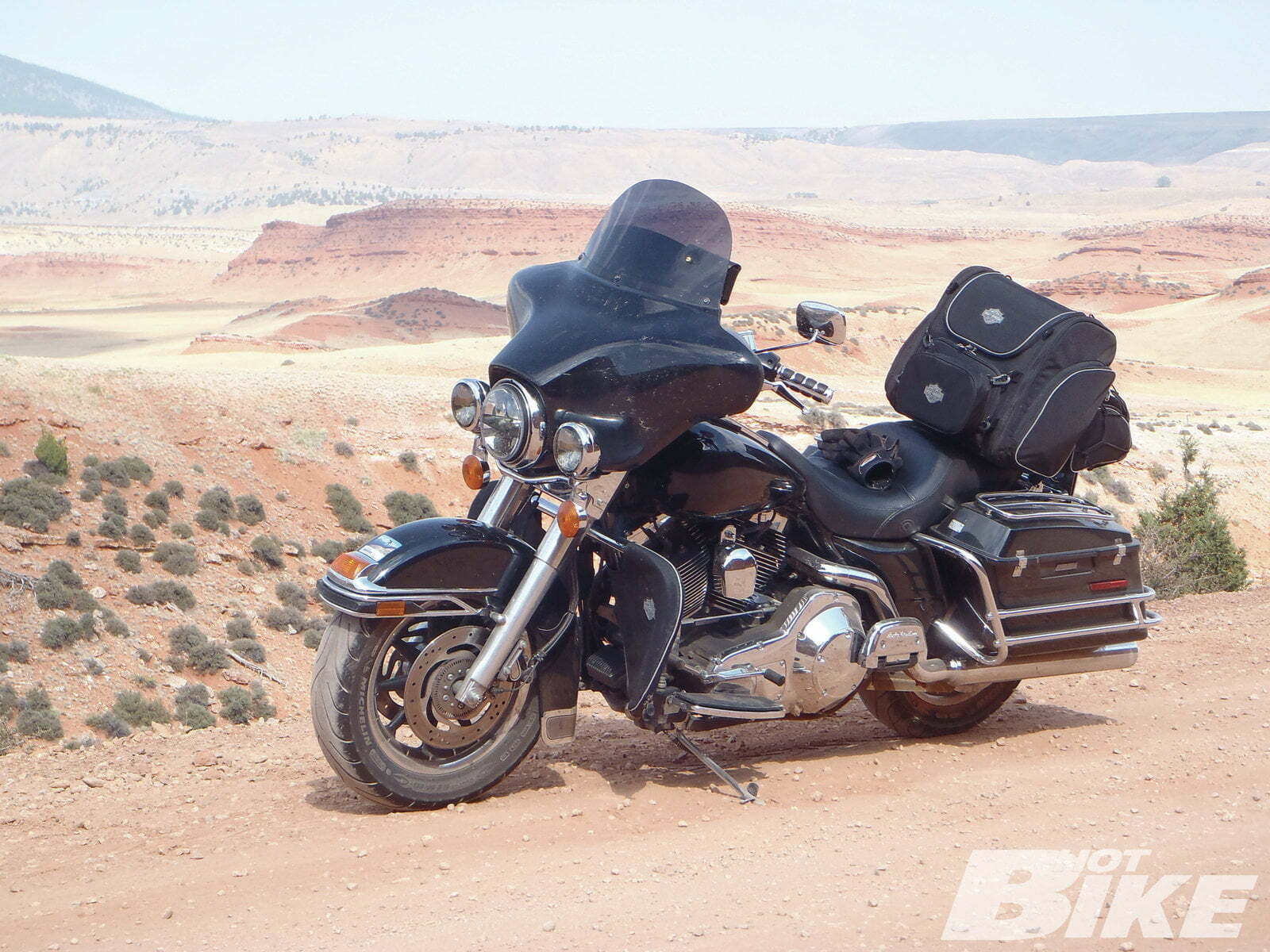 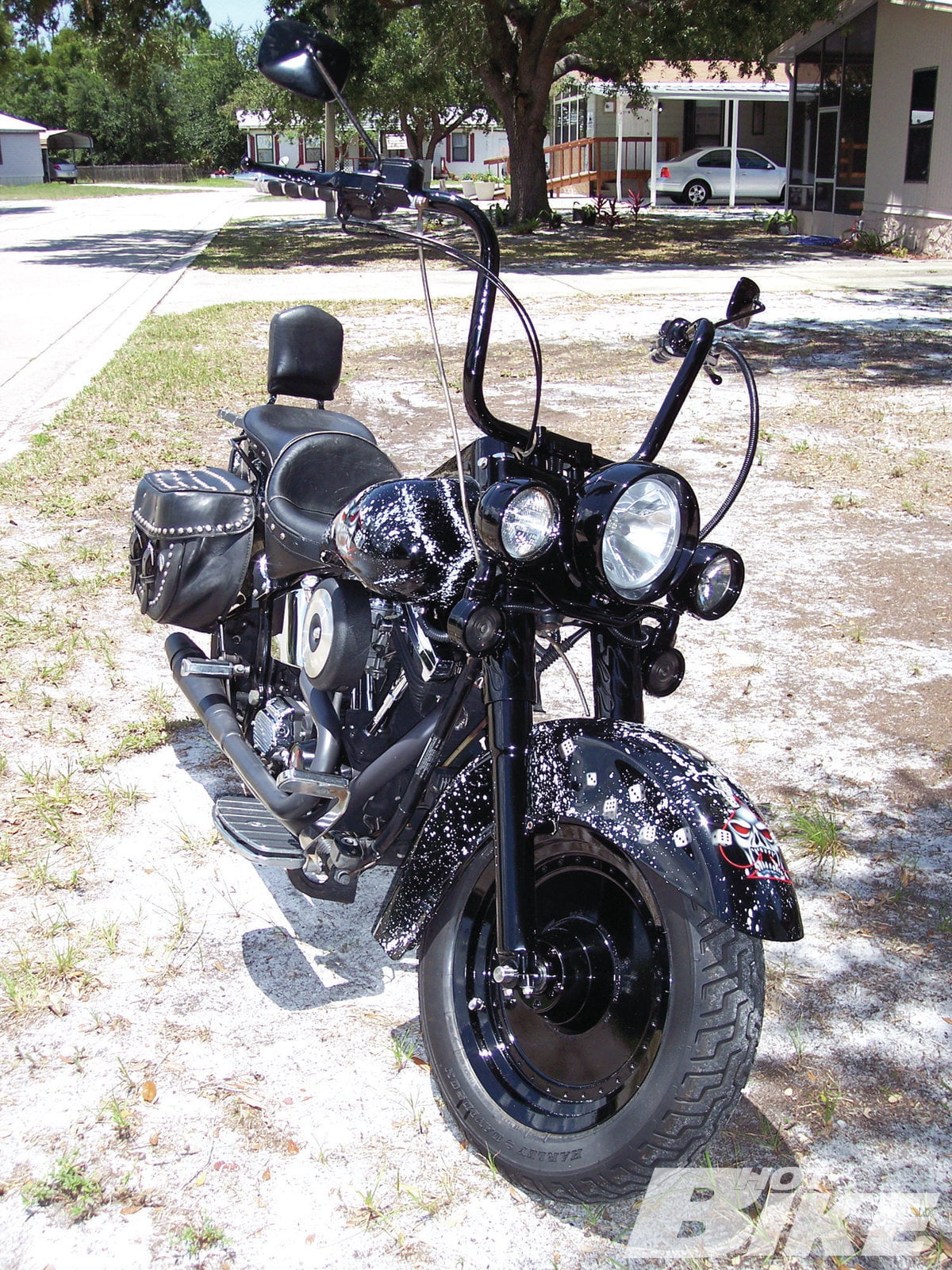 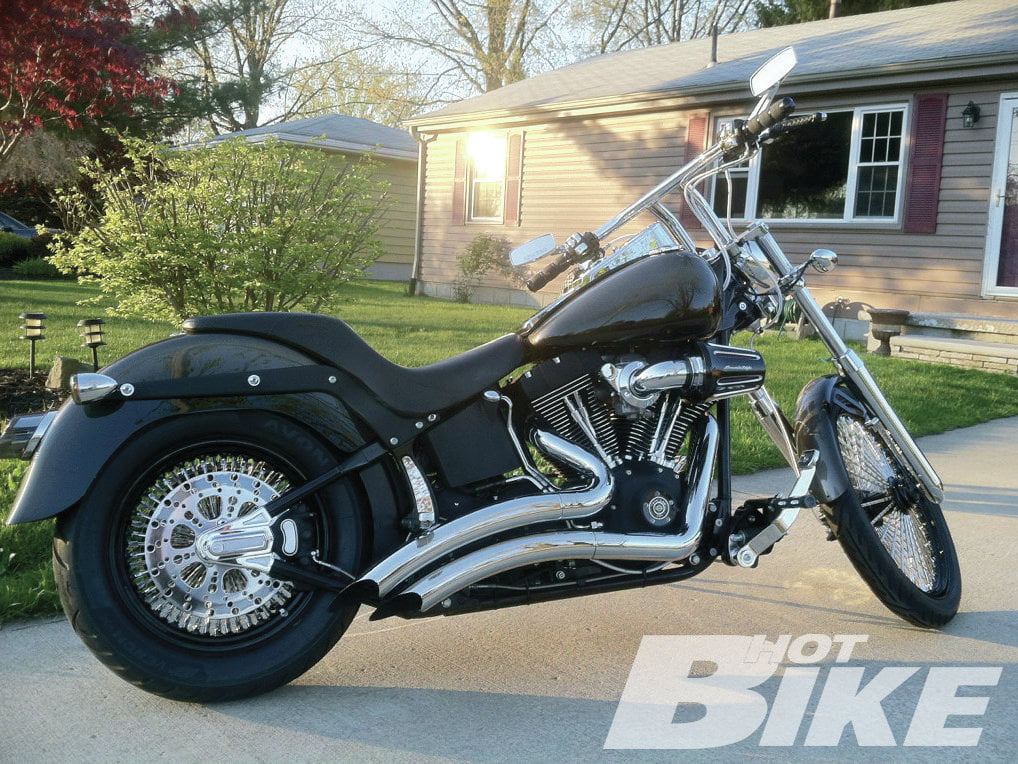 Way Off the Beaten Path

This is my 2006 Electra Glide Police Bike. This picture was taken somewhere between Kaycee, Wyoming, and Ten Sleep, Wyoming, after taking a shortcut from the Southern Black Hills over to Cody, Wyoming. What seemed like a great idea, cutting 100 miles out of the trip from the Black Hills over to Cody, turned into quite an adventure on a Electra Glide. Rolling along at 65 mph on a paved road, I came across a sign that read: “Pavement ends in 1,000 feet.” I thought this was just a construction area and I could tough it out. What I encountered next was 40 miles of a one-track, red-dirt road with a little stone mixed in through a mountain range at altitudes from 5,000 to 9,500 feet, switchbacks up and down the mountains you can’t imagine. The only signs of life were cows, sheep, and a shepard sleeping in the road that I interrupted while being chased by the cows. By far this was the most adventurous part of my 5,400-mile trip out west. Who would have thought you could experience so much at speeds around 25 mph?

This is my 1996 FLSTC. I bought it in January of 2004 in a pile after someone wrecked it. The original owner was selling it and let a potential buyer testdrive it. The guy went into a left-hand corner and low-sides through some loose gravel he failed to see. After staying with the bike, it caught traction and the bike with said knucklehead high-sided over the right side ultimately breaking his leg. I picked the bike up and started my work. For the most part it was primarily superficial stuff like floorboards, knee-dented tanks, seat, frontend lights, and handlebar components. Later I wanted this bike to look like a weapon of war. I had wanted to black it out way before it was popular but never could bring myself to tear it down. I was busy riding it.

This is my 2003 Night Train. I am 31 years old and this is my first Harley. The paint is a charcoal pearl fade. The wheels are from DNA Specialties. I just turned 10k miles at 2012 Ohio Bike Week. I’ve done all the wrenching myself with the help of a close veteran rider. I have been a Hot Bike fan for quite some time and have dreamt of one day having a bike sweet enough to be placed in your magazine.

Black Is The New Chrome – Blacked Out

Last month was all hype about our big painters showcase article, where we highlighted some of the most colorful and […]