All the Harley talk these days surrounds the Milwaukee-Eight. It isn’t often that The Motor Company drops a new engine into the market. Years, decades even, separate the launches. Count ’em off: Knuckle, Pan, Shovel, Evo, Twin Cam, Revolution, and now that eight-valver, the Milwaukee-Eight. A 107-inch version will most likely become the new base engine with a 114 for the CVOs and specials. Right now they’re both slated for the 2017 Touring and Trike models only.

Harley’s stated goal here, besides having an emissions-compliant engine well into the future, is to achieve what it’s termed a “world-class ride feeling.” That means smooth, cool-running, and more torque for two-up riding and highway passing power.

But the Milwaukee-Eight is only part of that equation. This new multi-valver with its internal counterbalancer and localized cooling (using either oil or coolant circulated around the exhaust valves) has been coupled with a host of chassis and suspension changes that, it’s hoped, will keep current Harley riders happy by not abandoning the look, sound, and feel of a V-twin while simultaneously bringing a whole new group into the fold with the sort of refined feel they’ve come to expect in most every form of motorized transport. And for the most part it’s been achieved. The ’17 Touring model Harleys are indeed smooth riding, sharp handling, and the increase in low-end torque is certainly there.

Independent dyno tests tell the story. The 107-inch Milwaukee-Eight is making right around 80 hp with 98 or so pound-feet torque. The 114 ups those numbers to 87 and 108, respectively. Impressive when compared to the mid-60s horsepower of a stock Twin Cam 96 and its 80 or so pound-feet torque. The OE Milwaukee-Eight bests a twin-cooled 103 Twin Cam, as well, an engine generally putting out a stock 75 hp coupled with approximately 90 pound-feet of torque.

“No question, this new Harley engine’s going to be a nice platform to build on,” Jamie Hanson at Speed’s Performance says. “There appears to be lots of room for improvement.” The OE cam, for starters (and there’s only one, chain-driven) is fairly mild. On the plus side those multi-valve heads have a shallower combustion chamber, allowing a higher compression ratio. But then the airflow, obviously better with all those valves, is choked down with a throttle body measuring only 55mm. Give and take, and the aftermarket is sure to respond. But right now better air filters, pipes, and of course a dyno-tune to optimize things pretty much rounds out the list of available improvements.

“But even that’s historically been good for a 10- to 15-percent bump in both horsepower and torque,” Jamie adds, enough to put an otherwise stock Milwaukee-Eight into some pretty nice territory.

So is it time to rush out to the dealership? If you’re already in the market for a new Touring machine, absolutely. But the introduction of this new engine-family doesn’t automatically mean it’s time to start throwing rocks at the Twin Cam, labeling it yesterday’s news. Remember those numbers, especially after the quick addition of free-flowing air filters, pipes, and a re-mapping session on the dyno? A 96 or 103 becomes downright lively.

“And when you start talking about a 106-inch kit for those engines,” Jamie says, “it’s a totally different picture.” That’s no exaggeration, and that big-inch Twin Cam transformation can happen without taking the engine out of the frame. The result, on average, can be 115- to 120-plus horsepower with a torque number to match. Add in a set of big-valve/big-flow heads and a throttle body to go along with the new cylinders, pistons, and cams and those Twin Cam 106 numbers often jump into the 130-plus range, horsepower and torque. That’s performance to get your attention, and unlike the powerband of that stock Milwaukee-Eight it’s not going to sign off at 3,500 to 3,800 rpm, either.

“The cool thing about that big-bore Twin Cam 106 is that it’s something we can do right now, at an event,” Jamie says. And with the comfortable 10.8 compression ratio used and the S&S Easy Start cams it’s also a cool-running, reliable engine with all the torque you want throughout the powerband, an engine ready to go anywhere, anytime, in any bike, Touring, Softail, Dyna, you name it.

Unquestionably, the release of the Milwaukee-Eight is exciting. But so is 130-plus horsepower in a Twin Cam 106, especially when it’s sitting in a bike you already have. In the market for a new Touring machine right now? By all means go see a dealer. Otherwise, next time the Speed’s Performance crew is at a nearby event (their schedule’s on the website) stop by for a chat, or pick up the phone and give ’em a call about that other new-engine option, a Twin Cam 106. It’s hardly yesterday’s news.

Check out more Tech from the pages of Hot Bike. 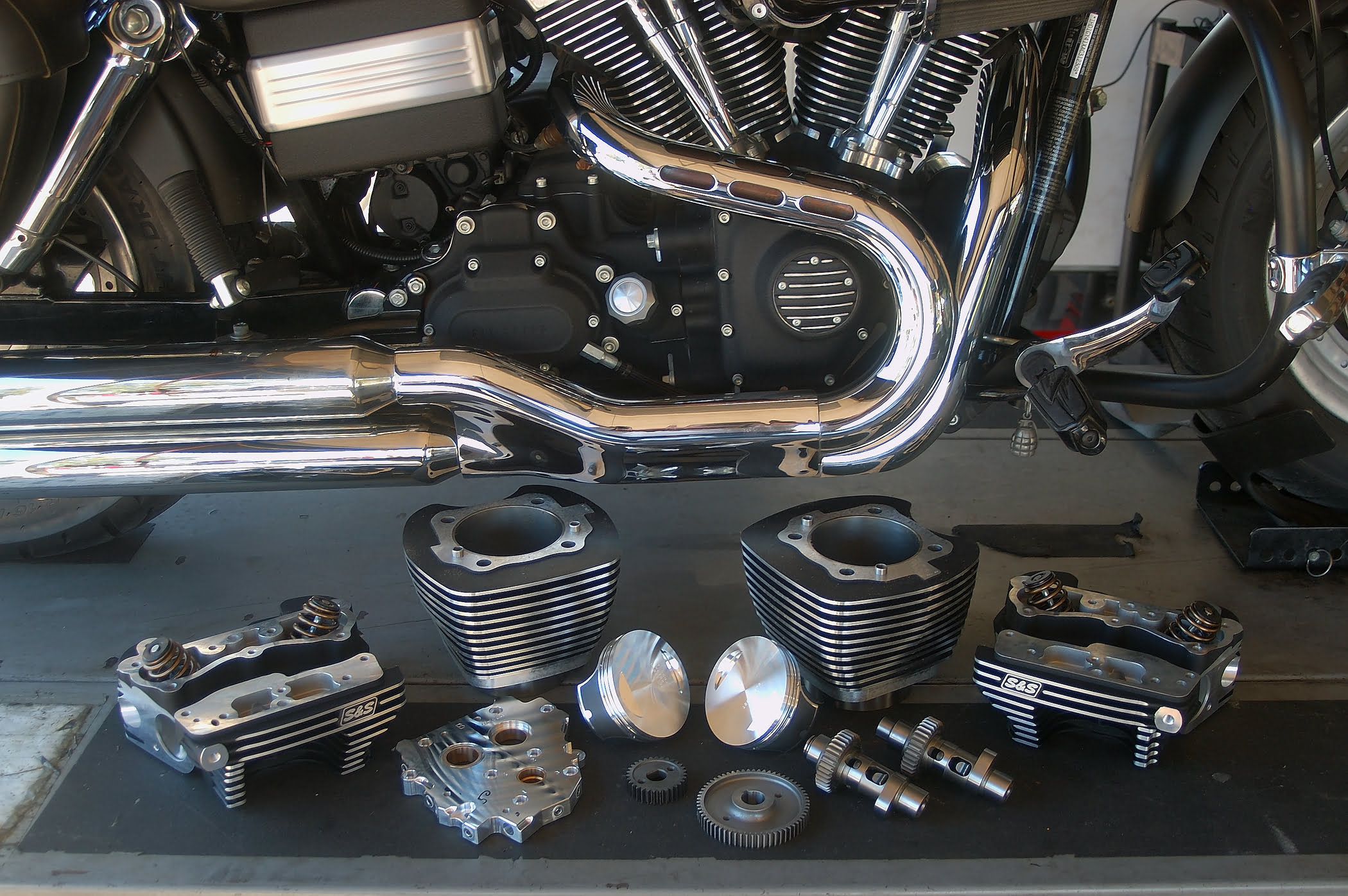 Do you go with a Milwaukee-Eight or upgrade a Twin Cam?

SCOTTS VALLEY, CALIF. – There’s nothing like riding on a warm summer day, and to help you get the most […]

Cast-iron pans are known for their heat retention and ability to take a beating. Hans Vivek on Unsplash A cast-iron […]

The Sturgis Calendar: What’s Up

Just as you’d expect, there’ll be a lot to do this year. Concerts, bike shows, races, and every type of […]