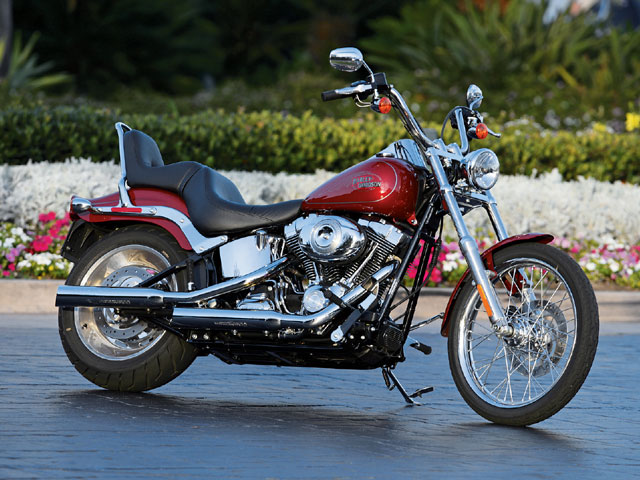 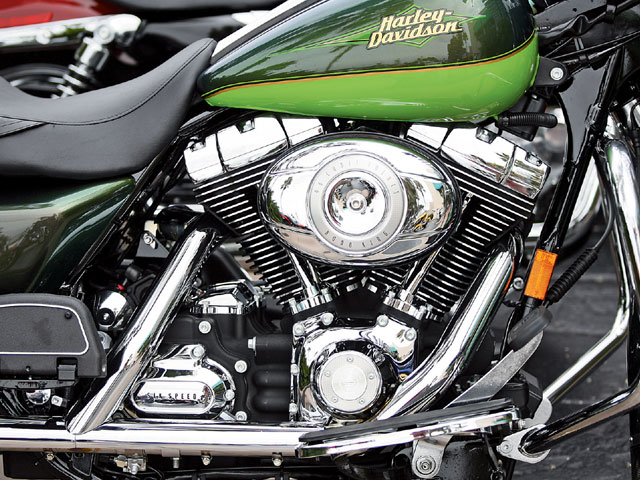 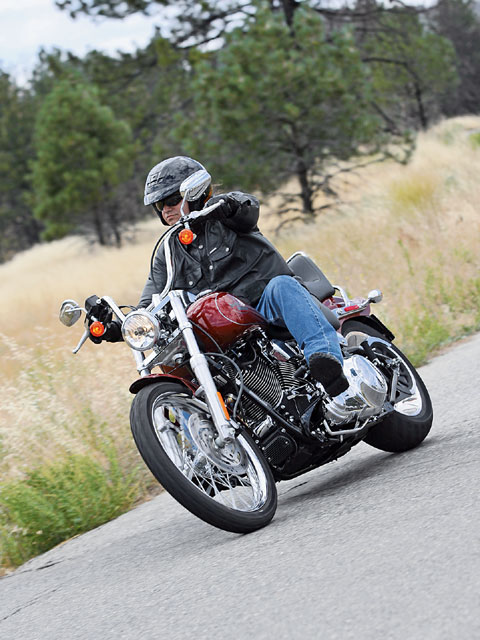 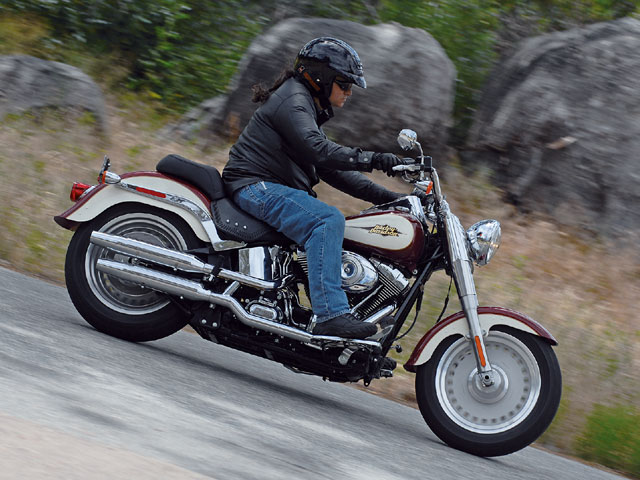 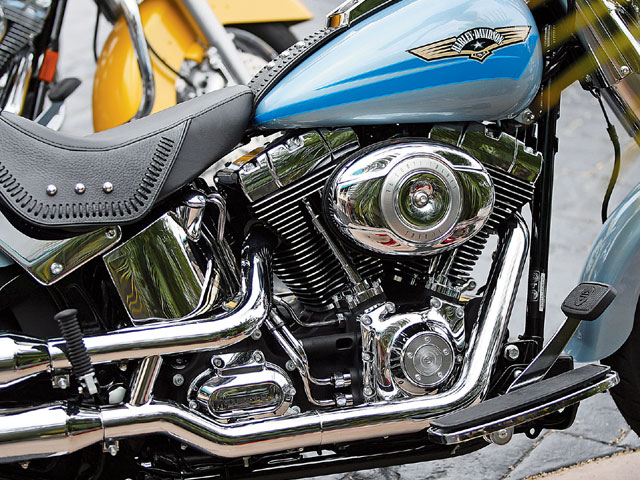 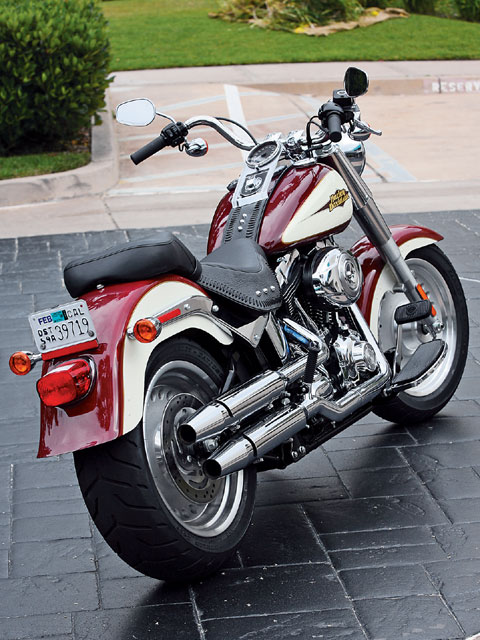 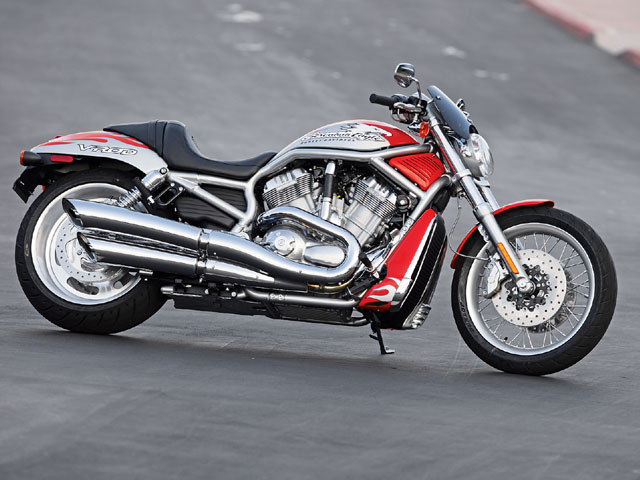 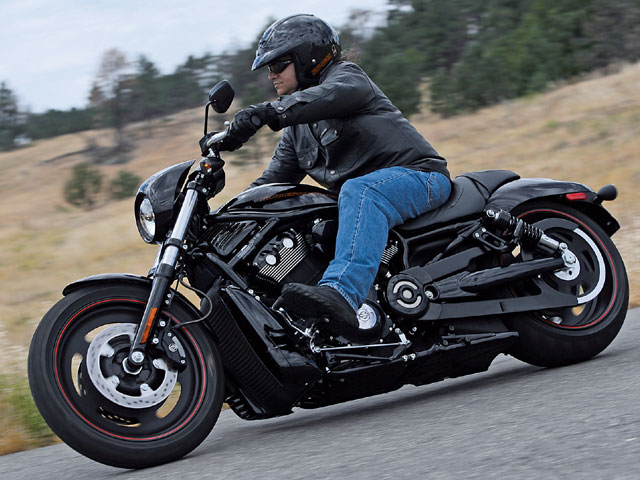 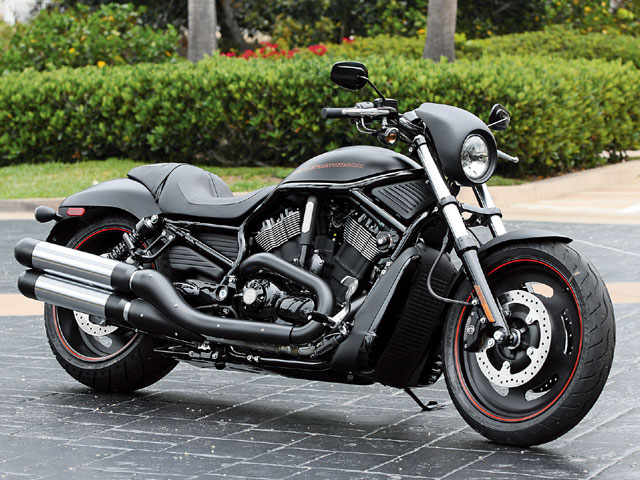 Editor’s note: Due to the timing of the release of Harley’s new models and our print schedule, in this issue we’re giving you just a brief glimpse into some of the highlights of what Harley has to offer riders for the new model year. Next month we will give you an in-depth, more comprehensive look at the entire lineup.

If you haven’t yet had the chance to check out the ’07 Harley-Davidson models, drop everything right now and hightail it to your nearest dealer. Harley’s engineers have no doubt rolled up their sleeves and burned the midnight oil for quite some time in order to really shake things up, bringing all kinds of great new products to the table. Highlights for ’07 include a new larger-displacement engine; six-speed transmission; all EFI induction (no more carburetors, period); a new 50th-anniversary-model Sportster; a new Softail; two new V-Rods; four CVO models; quieter drivelines; deeper-toned exhausts; more fat tires; stronger, narrower drive belts; a new smart security system; and a whole lot more.

Without a doubt the biggest change has got to be the increased-displacement engine that resides in all ’07 models, with the exception of the Sportster and V-Rod families. To accentuate this larger displacement even more, the four CVO models have the largest-displacement engines ever offered by Harley-Davidson, weighing in at a whopping 110 inches!

Going forward from 2007, the standard powerplant for all Big Twin models (except CVO models) will be the all-new Twin Cam 96 (96 cubic inches of displacement). The motor will be offered in two different styles: the TC 96, a rubbermount that’s designed to power the touring and Dyna families, and the TC 96B solid-mount motor (complete with counterbalance shafts), which will be fitted to the line of eight Softail models.

In order to build the new TC 96 and associated Cruise Drive transmission, Harley has added more than 700 new part numbers, with many of them in the bottom end of the engine.

The new motors reach the new higher-displacement figures by increasing the stroke from 4 inches to 4-3/8 inches while leaving last year’s bore of 3-3/4 inches intact. This change has multiple positive effects, including an approximate 17-percent gain in torque, not to mention quieter engine internals due to redesigned flywheels, connecting rods, and pistons. Lower sound levels are also achieved by the reduction of decreased reciprocating mass of the engine. Another benefit of the new engine is the ease and low cost involved when increasing the displacement to 103 inches. For top-end work only, we’re told the cost for the kit and labor will run somewhere in the range of $1,200. To see for ourselves, we’ve already ordered up the parts necessary for the conversion-keep an eye out for that in an upcoming issue.

The six-speed Cruise Drive transmission used in the ’06 Dynas is being used in conjunction with all the ’07 Big Twins. Features such as helical-cut gears, optimized gear ratios, and a direct-drive six-speed add to the transmission’s overall performance. Coupling the motor and trans is a redesigned primary drive. Both internally and externally, the drive sports new features and styling, including a redesigned compensator, a self-adjusting primary chain adjuster, and a new starter system that was designed to bolt directly to the inner primary, thus eliminating the need for the starter jackshaft used on previous models.

The Softail line now includes eight different models, among them the new Softail Custom. Going for the custom chopper look from years past, the new Softail boasts a wide frontend, ape hangers, laced Profile 21-inch wheel, slotted rear disc wheel anchoring a 200mm tire that sits below a Bobtail fender, and updated ’60s-style two-up seat complete with a chrome sissy bar. Four of the eight Softails are equipped with 200mm rear tires, while the remainder of the line wears narrower rubber out back.

The ’07 model year is especially significant in regards to the Sportster line. This year represents the 50th consecutive year of production of one of Harley’s most enduring models. Not only does the XL line represent the oldest continually produced motorcycles anywhere, it’s also a stepping-stone for many Harley buyers, allowing them to bridge the gap from first-time riders to owners of Harley’s Big-Twin models. To commemorate this special place in Motor Company history, a limited production of 2,000 50th-anniversary Sportster models will be produced. Helping power the 1,200cc model is a brand-new electronic sequential-port fuel-injection system, which also finds its way across the entire Sportster line. The special model boasts a 19-inch laced front wheel, fender striping, 50th-year logos positioned around the bike, traditional Sportster headlight with eyebrow, peanut tank, and a choice of Mirage Orange or Vivid Black paint.

The V-Rod’s commercial success is apparent with the introduction of two new water-cooled roadsters. The VRSCX and the VRSCDX (Night Rod Special) join the V-Rod family, increasing the number of models to five. The VRSCX will be produced with a limited production-number target of 1,400. The race-inspired model tips its hat to the two-time championship Screamin’ Eagle/Vance & Hines Pro Stock team as it proudly wears the race-inspired silver and orange paint scheme and logo. In keeping with the racing tradition, the VRSCX boasts a larger 72ci motor (3 inches more displacement than the other V-Rods) and a beefy 240mm rear tire. Other features on the bike include a polished-aluminum swingarm, slotted rear disc wheel, forward controls, 5-gallon fuel tank, and a more conveniently located ignition switch.

Check back with us next month as we explore the entire ’07 model line in detail.

HARLEY-DAVIDSON LINEUP GETS DARKER AND MORE POWERFUL FOR 2016

Two new hard-hitting Dark Custom models, the most powerful cruiser lineup in company history, and a broad range of performance […]

April is an exciting time of year for many motorcycle enthusiasts in Southern California. OK, sure–those of us who live […]

Before the Sons of Anarchy made every weekend warrior sell their long, wild-painted, fat tire choppers for pennies on the […]