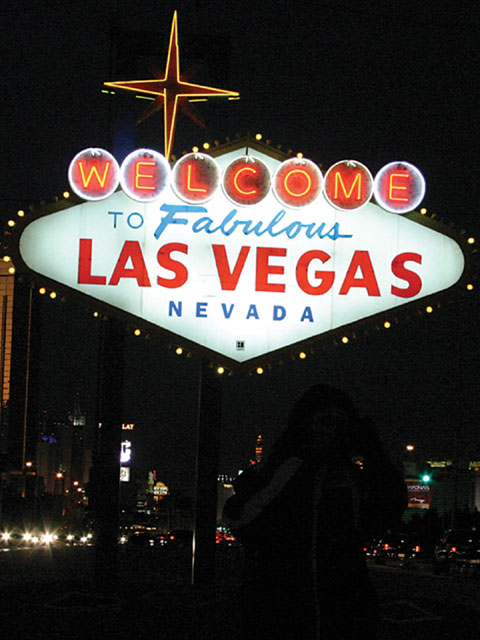 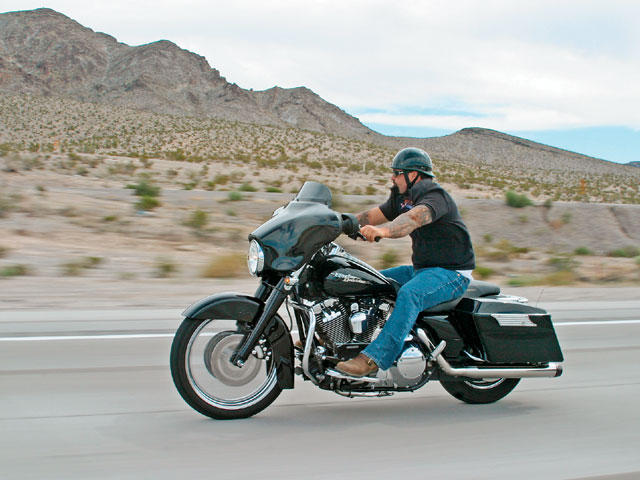 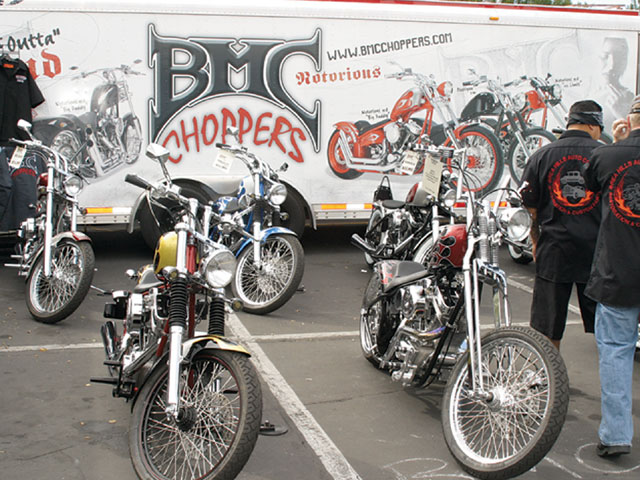 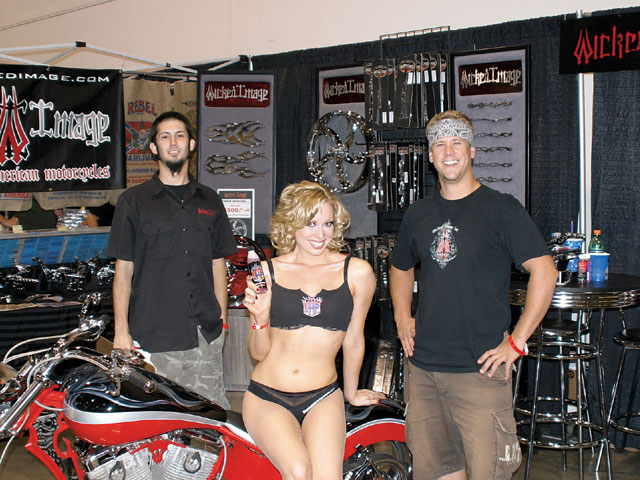 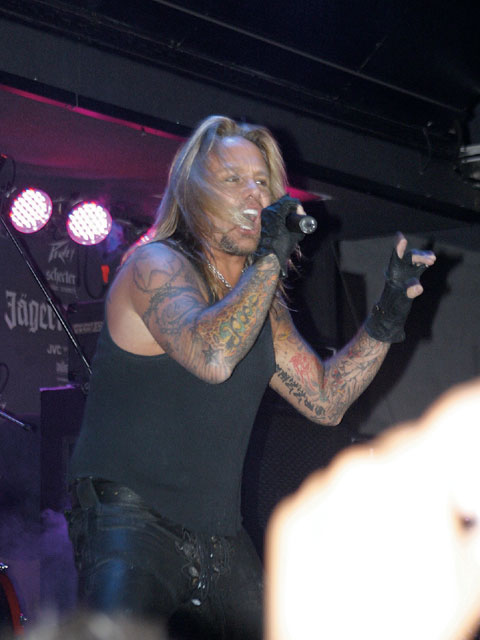 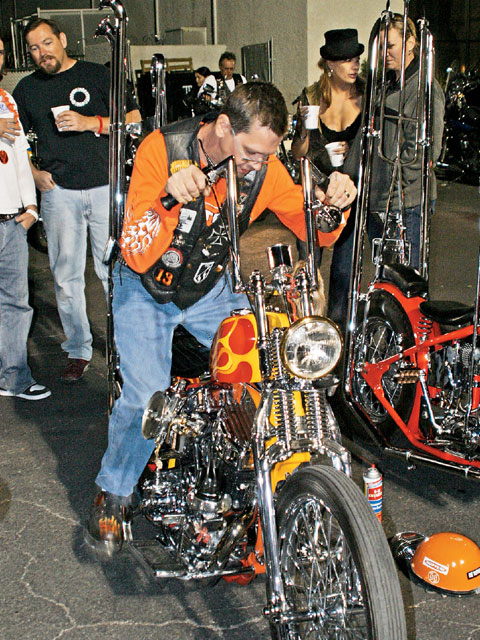 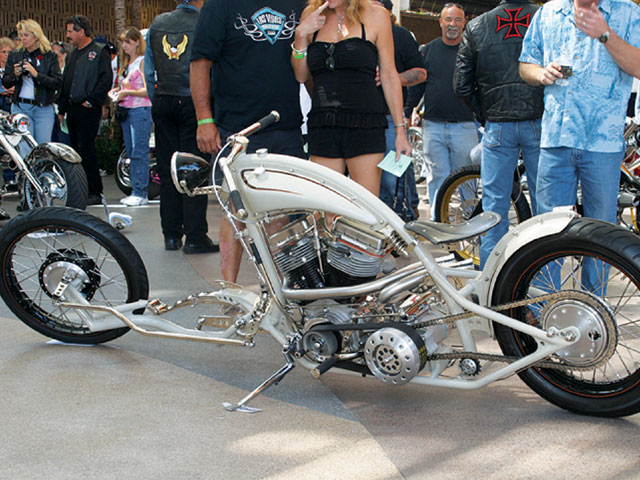 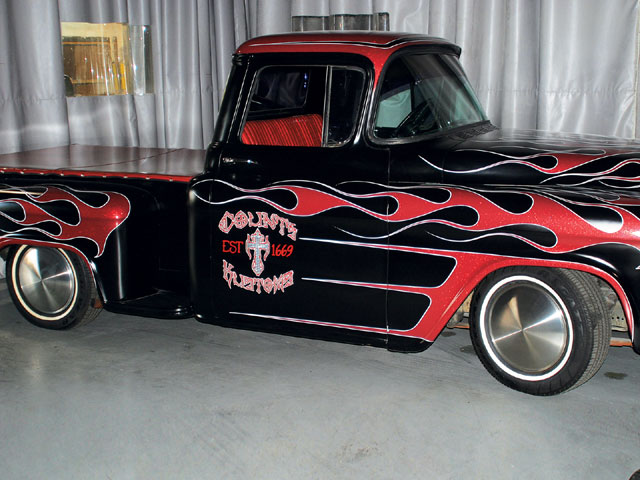 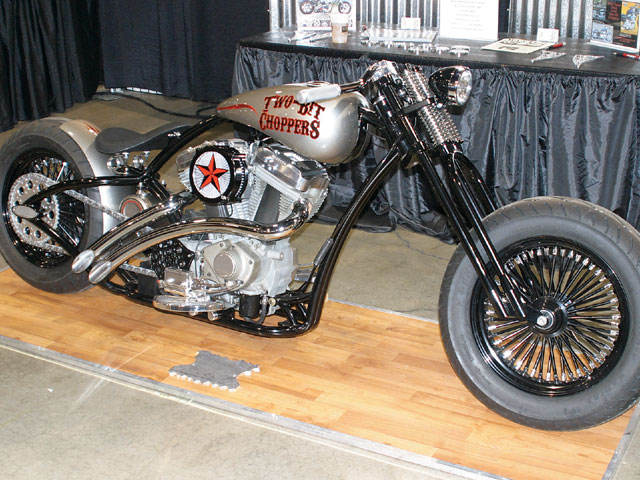 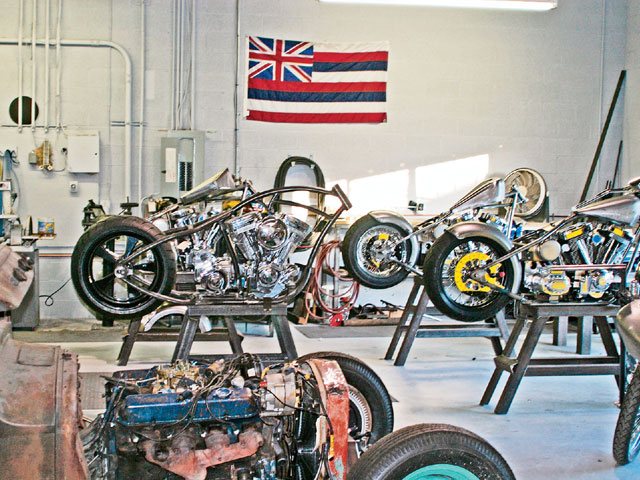 Winner Of The Artistry In Iron Show, Fred Bertrand Of Krugger Motorcyceles

What one word can sum up Sin City? Gluttony. Whether it’s the craps tables, strip clubs, or massive buffets that keep the masses returning to the city that never sleeps, we at HOT BIKE like to venture to Las Vegas for another reason: Las Vegas BikeFest, which took place September 27-30, 2007. We are gluttons for bikes, babes, cool new parts, and babes! This year didn’t disappoint in the least as we walked the grounds with the rest of the 34,000 attendees at the Cash man Center to check out what the 300-plus vendors have been up to. We made the rounds on Fremont Street to check out the diversity of bikes on display, partied with El Pitts and his crew from Vegas City Choppers (thanks for having us at the Voodoo Lounge party, guys!), hung out with Big Mike from BMC Choppers, and lost all of our money at the blackjack tables (actually, that part kind of sucked). But all in all, Vegas is always a good time. Check out the rest of the photos that didn’t make it into the magazine by logging on to www.hotbikeweb.com

Count’s Kustoms Motorpsycho Open House
Every year we flock to Las Vegas BikeFest to try and take in as much as we can without killing ourselves (it is Vegas, after all), but after walking and talking and shooting photos on the last Saturday in September 2007, we needed a break. Luckily, Danny “The Count” Koker, founder of Count’s Kustoms, hosted a killer fiesta: The second annual Motorpsycho Open House, located at the Count’s Kustoms compound (we say compound because the grounds are gargantuan!) in a little industrial district off the beaten path of the Las Vegas strip. Ice-cold beer flowed, smells of barbecue resonated through thebiker-filled atmosphere, and the ear-piercing musical delight of the Vince Neil Band captivated the audience as Mtley Cre covers were played throughout their set. It was the perfect end to a perfect day! Danny and the crew at Count’s Kustoms were more than hospitable, and we just wanted to say thanks to the entire gang. We’ll see you next year!

At this past BikeFest we wanted to focus more on the intricately designed customs at the Artistry in Iron Master Builders’ Bike Show, held at The Las Vegas Cashman Center.

The Artistry In Iron show is a very prestigious event where only the “cream of the crop” of bike builders are selected to participate. You’ll find plenty of bike-building veterans as well as up-and-coming innovators. It’s a smorgasbord of creativity.

The interesting thing about the Artistry in Iron show is that the builders that are selected to participate are also the judges. They choose a few of their favorite bikes and give their ballots to the event organizers to be tallied. Then the winner is awarded a nice check for $20,000, a trophy, and more importantly, bragging rights as the winner of the Artistry in Iron show.

This year’s winning candidate is an international building phenomenon by the name of Fred Bertrand of Krugger Motorcycles in Belgium. Fred had his masterpiece shipped all the way to the states to participate in the Bonneville Salt Flats time trials, and then hauled it to Vegas to participate in the Artisty in Iron show. We’d say he made a wise decision, because his bike blew the minds of all of the builders/attendees. Fred was genuinely honored to have participated in the event.

We did stay the entire duration of Las Vegas BikeFest and we shot plenty of photos of random shenanigans, sweet chops and pro-streets, cutting-edge baggers, and girls, girls, girls. So make sure to check us out on the web at www.hotbikeweb.com

The Hot Bike Tour has always been about bringing readers and builders together at the one event that matters most: […]

Lonnie Isam Jr., master restorer and the founding force behind the Cannonball Run. A man known for brevity of statement, […]