Home » Uncategorized » The Biker’s Dream – From The Chief 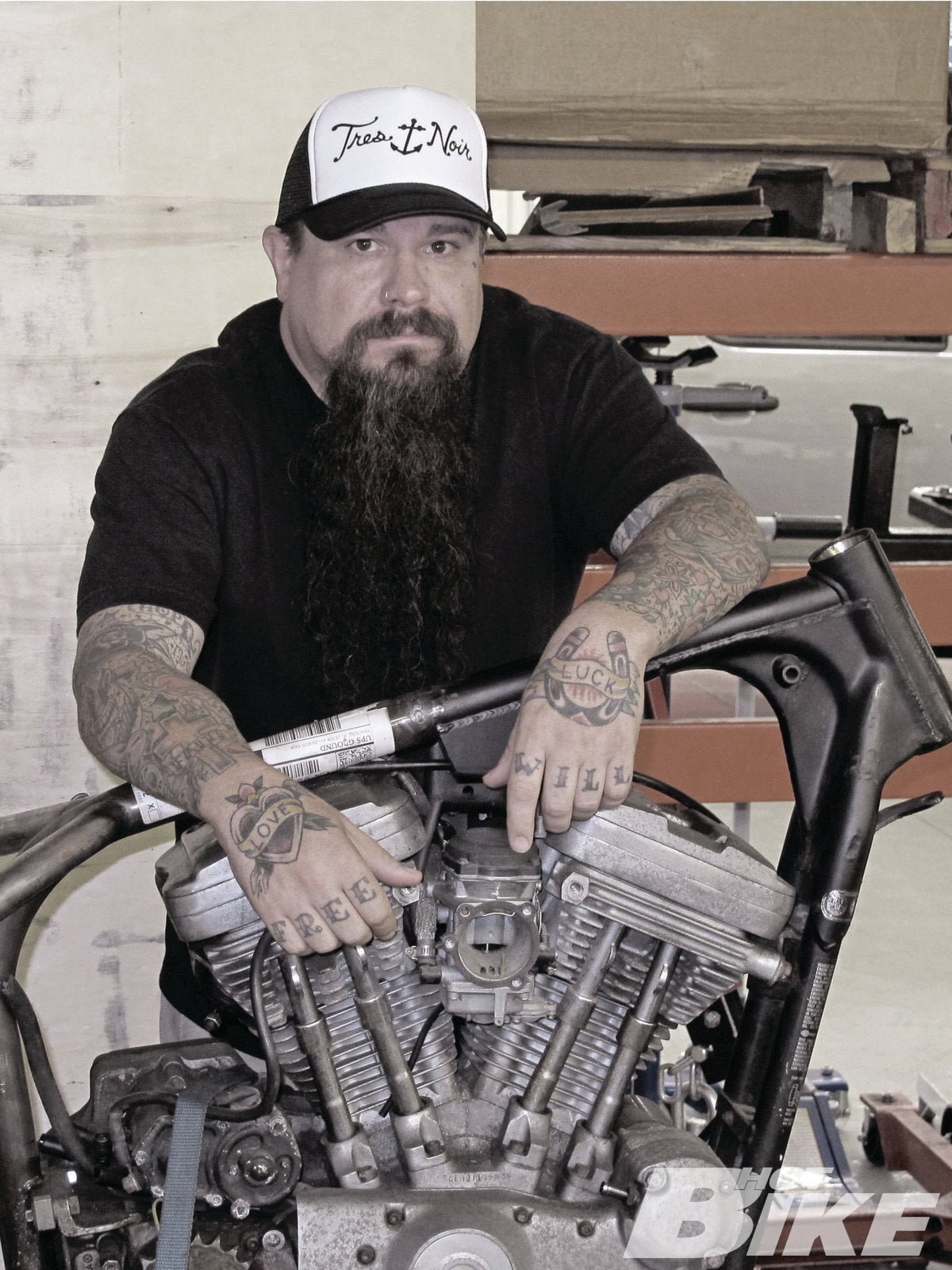 When juggling a 60-hour-a-week job that blurs all lines of personal and professional time, it is hard to segment what is “my” time and the company’s. Since my lifestyle and my career are so intertwined I don’t really seem to know when I’m working or not.

After trying to decipher this on a long ride home, it was then that it struck me; at the age of 43, I have only ever had six jobs and all of them would most likely never be classified as “work” by most looking from the outside, in. Really, you say? Well, read on my brothers and sisters and see if you can tell me if I am in the wrong regarding my vocational experience.

It all started after stealing a Cook Brothers BMX bike at the age of 12 and getting caught the next day after taking it to a bike shop to have the cranks removed.

Instead of being thrown behind bars or shipped off to a boys home, I found myself working off the penance at Neil’s Schwinn Cyclery by sweeping floors and changing flats. After assembling 10,000 beach cruisers and custom-building GTs, Pattersons, PK Rippers, Hutch Trickstars, and a slew of Torkers in the span of six years, I then moved onto a job at a high-end bike shop building $4,000 custom mountain bikes for hardcore users. This was in the late ’80s mind you, so these things were bucks! I learned how to machine, weld, hack, cut, sew, and paint while employed there for half a decade until one day I finally had enough. It was then I moved up to the Northwest with only $700 and a ’76 FLH and decided that I was going to slang bicycles, components, clothing, sunglasses, and all that good stuff to the myriad of bicycle shops in Portland and Seattle. With the full support of friends in the industry I did that independently for a few years until a Japanese corporate giant called and wanted me to be their Ronald McDonald of race support. The job was this: rub elbows with the stars of BMX, mountain biking, and road racing by traveling off to Europe, Asia, Australia, and even Africa to make sure the products we sponsored them with were adequate and working correctly.

This jet-setting lifestyle continued for five years, until I decided that I could bring my brand of love to more riders, racers, and companies by striking out on my own with a marketing firm that specialized in what was now known by every housewife in America as extreme sports. This part of my career showed me the most intense ups and downs, both in my personal life and bank account for just shy of a decade. Then extreme became the mainstream and the economy’s shit hit the proverbial fan leaving me with less clients and the same amount of bills.

It was then I had a chance encounter with an old friend by the name of Courtney Halowell who knew my hobby was building Harleys and hot rods. Being a bike and skate geek as well, he also saw the 10 years of bi-weekly press releases I had written and knew I had a better-than-average way of putting words together.

At this time he was sitting in the same seat I am now as the editorial director of Hot Bike, Baggers, and Street Chopper. He saw that I had a declining job, a new baby on the way, and not much security. He hired me on as an associate editor pretty much the day I said yes. He informed me that it was more for what I knew about bikes, my mechanical abilities, and less for my English skills, which he explained was the easy part of the job anyway. Courtney took me under his wing, taught me the difference between two, too, and to as well as there, their, and they’re and five short years later here I am at another job I love doing. See, I told you so…

One Wheel Revolution’s Rob Carpenter is under that Airflite lid. Bryan Harley I might not ever be able to ride […]

Together we wanted to create a million memories, ride 1,000 miles, and spend five days seeing some of the best […]

1. Once tagged, the heads and cylinder sets are taken to the robot room and mounted to an engine fixture […]

Heartland Bullet LEDs – Light It Up