Speed’s Spotlight | Get A Grip! 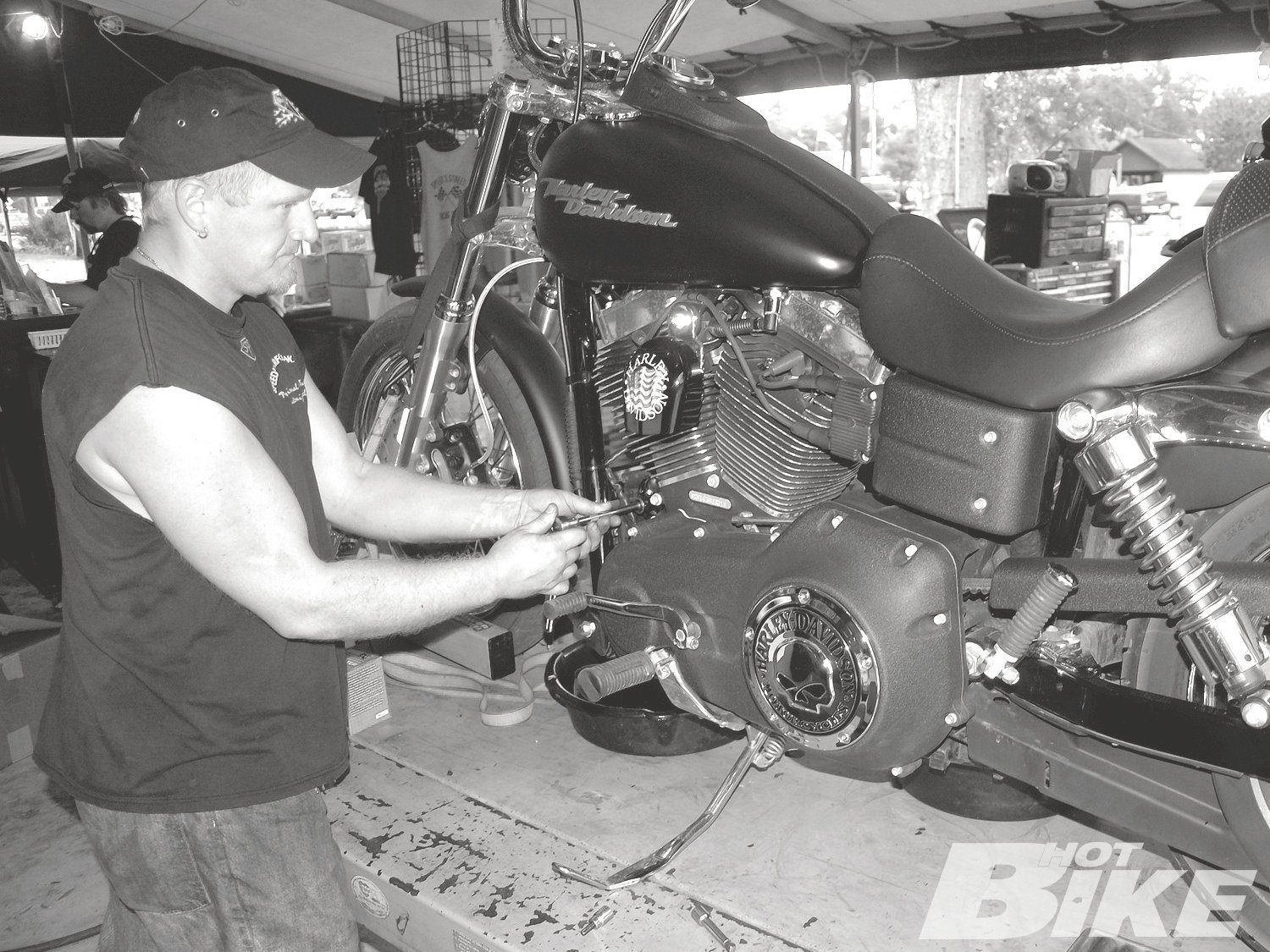 Pumping up a stock 60-or-so horsepower Harley-Davidson to 80-, 90-, or 100-plus ponies with torque to match, with those basic Stage 1 mods and a cam swap, opens up a whole new world of motorcycling. But all that newfound power won’t mean much if it doesn’t get where it belongs, to the rear wheel. A high-performance engine needs a high-performance clutch, and bagger bikes, usually packed heavy and ridden two-up, would be well served with a clutch upgrade, too. Regardless of the engine’s state of tune.

So what’s the smart move, the most bang for the buck? Besides making sure you already have a clutch that is properly adjusted with a little freeplay at the lever, do you replace that OE clutch entirely, the hub, basket, plates, the works? There are some great choices. Real performance/racing clutches like the Baker King Kong or Street Performance setups, the Barnett Scorpion Lockups, S&S’s High Performance models, BDL’s Ball Bearing Lockups and Rivera-Primo’s offerings just to list a few. All of these will definitely get the job done, banishing worries of clutch slip or fade in even the biggest, baddest bike on the block. This kind of performance comes at a price, though, anywhere from $550 to $1,500. It’s a serious commitment, but in some cases one that’s absolutely necessary.

“When’s the right time to upgrade a clutch? If you’ve increased the power of your bike it’s right now.”

Most street-performance riders, however, can shave that investment considerably and still get the needed clutch upgrade. “Easily 80 to 85 percent of the time,” Speed’s Performance tech Jamie Hanson says, “all that’s required is a stronger diaphragm spring and a switch to better friction plates and steels.” Assuming, of course, that the OE clutch basket and inner hub are still in great shape, which they usually are. Those replacement diaphragm springs, significantly stronger than the stock Harley piece, coupled with upgraded frictions and steels are in most cases more than enough to harness the output of a street-ridden modified machine. Bagger bikes included. The feel of the clutch pull at the lever won’t change much either, something that can get problematic with a max-performance racing unit, especially in traffic. And best of all, the cost for all this, which basically becomes a routine maintenance job, won’t break the bank. Those heavy-duty diaphragm springs can be had for anywhere from 30 to 50 bucks. And they are typically complete kits, with a new spring, and friction plate (whether they’re temperature-resistant carbon fiber, Kevlar, or some other exotic blend of friction material that won’t fade or slip), and with steels made from superior grades of metal and machined to tolerances much closer than OE run just $150 to roughly $180. A heck of a deal. The guys at Speed’s keep these setups with them all the time, and install plenty. Factor in a new primary gasket, some fresh lube, and about an hour’s worth of labor and you’re done. Anyone on the lookout for the best bang for the buck can find it right here.

Just as it is with the choice of complete replacement clutches there are lots of the heavy-duty diaphragm spring/upgrade friction and plate kits available. Barnett, Baker, BDL, Rivera, DP Clutches, and Energy One, to name a few, are all chiming in here. Besides coming with that stronger spring most all of these setups also increase the surface area of the friction plates by a significant factor, many offering “extra plate kits” replacing the factory clutch pack with 10 friction plates and 9 steel drive plates. And the installation is no trick. The Energy One kits, as an example, come with both steel and friction plates at a preset clutch pack height that’s stock spec for a hassle-free conversion. Besides the added spring pressure and upgraded materials most of these kits are designed for increased oil circulation and heat dissipation, too, promoting a steady flow of cooling lubricant to extend the life of that clutch.

When’s the right time to upgrade a clutch? “If you’ve increased the power of your bike it’s right now,” Jamie says. And if you regularly load that Harley down like it was an RV, a stronger clutch should be in your future, too. Putting the power where it belongs is critical. The guys at Speed’s Performance Plus make this all-important connection all the time, recommending it as part of any performance package. Check out their website for the SPP schedule, and when they’re at an event nearby stop in and talk clutches. Don’t let any of that high-performance fun slip away. HB

“We want one like Kim has. Kim’s definitely got the best one we know of, and we wouldn’t mind having […]