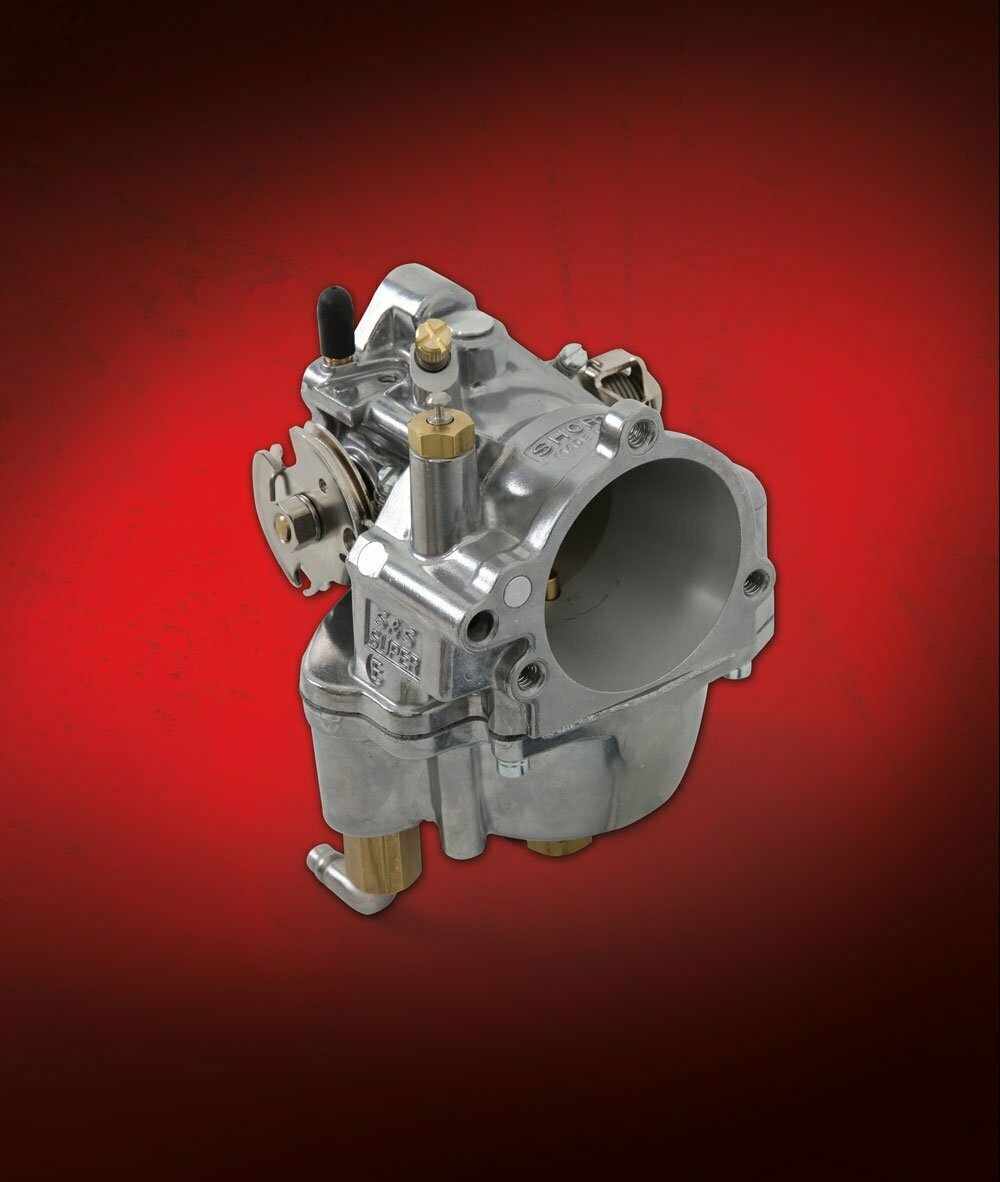 In 1958 George Smith and Stanley Stankos teamed up and started S&S Cycle on the south side of Chicago. The main order of business was making Harleys go faster and doing so in an easier way. A year later, George and his wife bought out Stanley’s half of business and the couple proceeded on with the prime directive of more motorcycle speed.

With the release of the first S&S carburetor in 1967, the company truly offered a much simpler and more cost-effective way to go fast. In 1969 the Smiths moved to Viola, Wisconsin, and pushed their business even further for the next few decades. Carburetors have been big business for S&S even back in the late ’60s with the advent of the Early Carb, then the G, F, L models, as well as the Super D and B in the late ’70s and the MGL carb up into the late ’80s.

Then there was the Super E “Shorty” carburetor. Introduced in October of 1990, the S&S Super E carb was a ground-breaking design due to its 1-7/8-inch bore that creates higher air velocity resulting in better low- and mid-range response and power. The jetting has also been made to be very easy in the Super E carb and as of 2004, these Shorty carbs have been fitted with an adjustable main jet air bleed making it much more versatile even for mild engines and downright stock situations. Since its inception, the Super E carb has grown to be undoubtedly the top-selling aftermarket V-twin carburetor in the world with well over half a million being hung on eager engines. Yes, this is the little carb that could. And the Super E still keeps on chugging on both stock and huge-inch V-twin engines, and it will for years to come.

Custom cars, choppers, baggers, and more. Courtesy of Donnie Smith If you’re reading this, I’m going to go out on […]

We begin by laying out our components and inspecting each part thoroughly. We have a nice selection of high-quality parts […]

Person holding a pair of glasses. John Calabrese/Unsplash If you wear glasses, you know how annoying dust and smudges are. […]