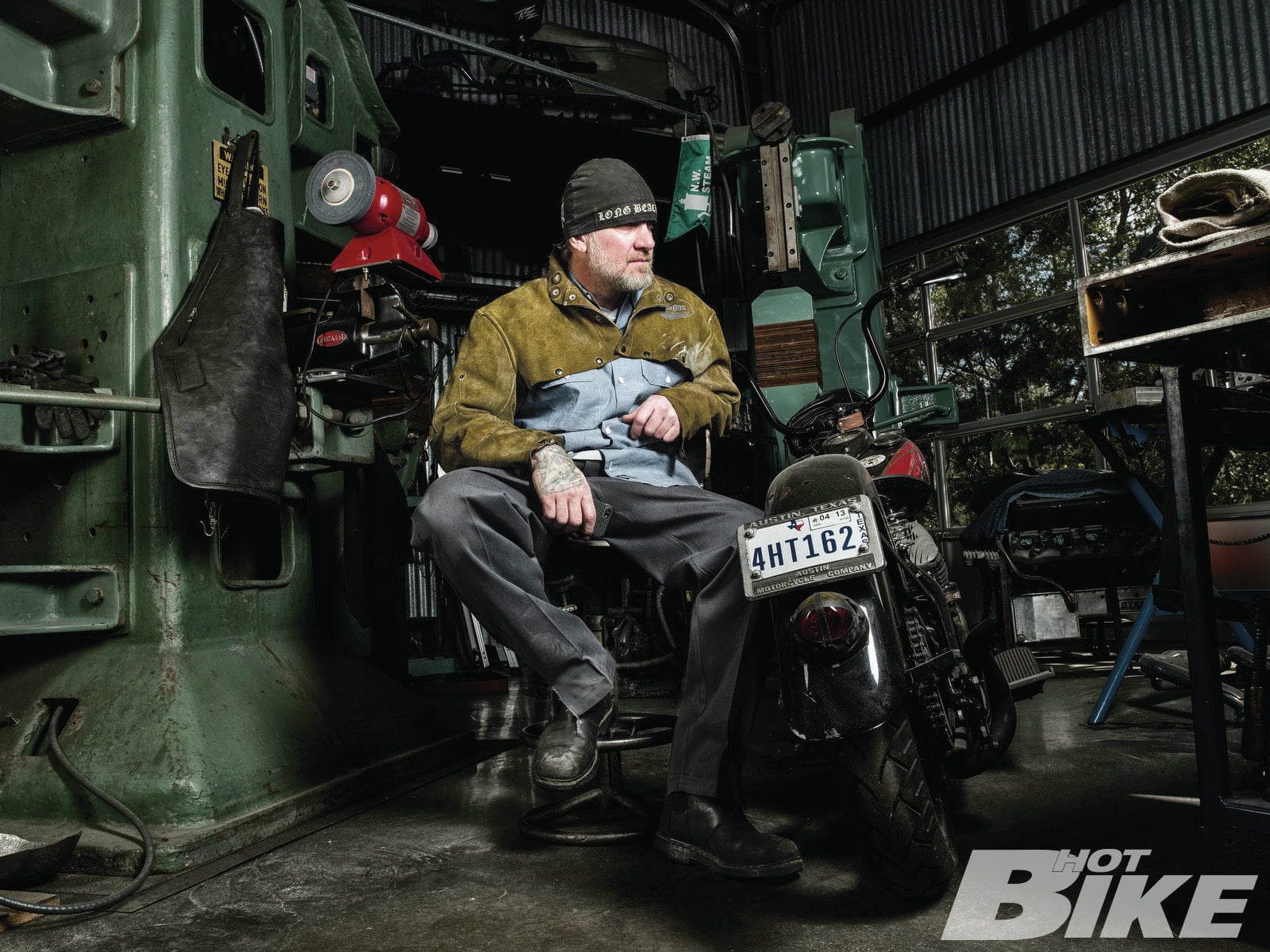 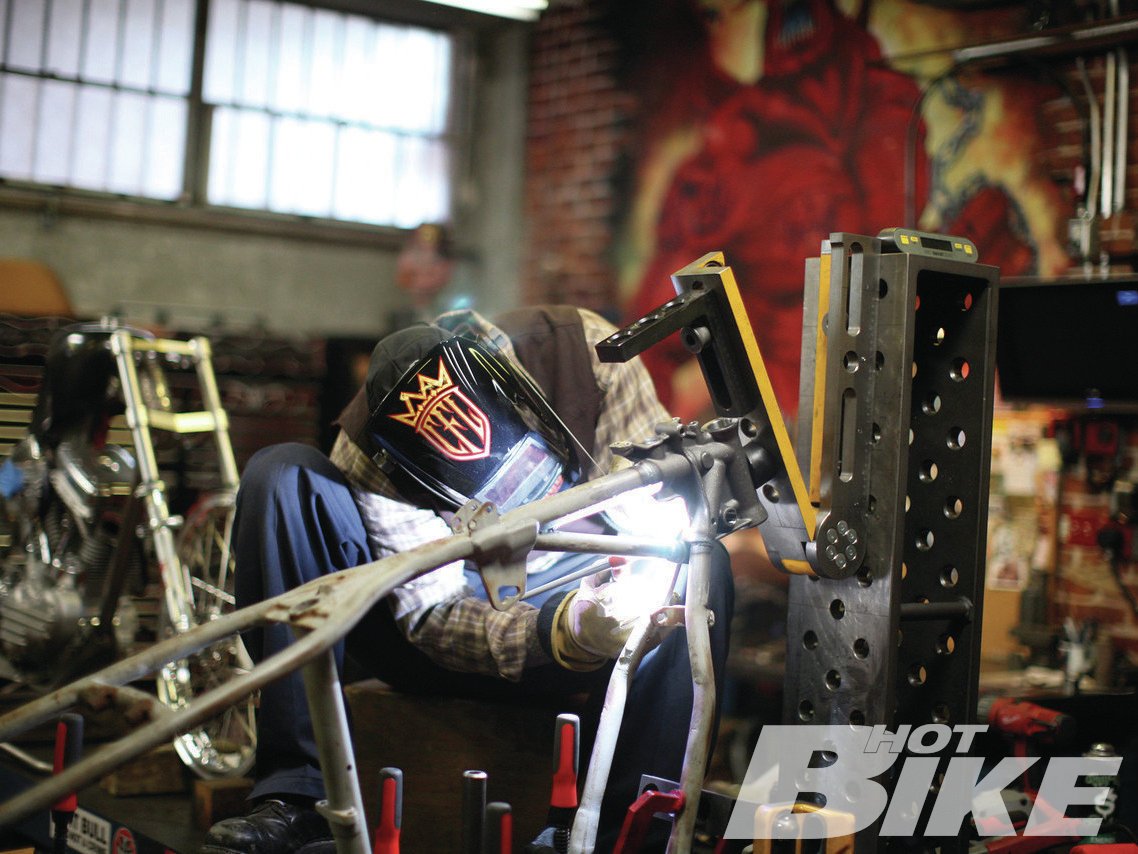 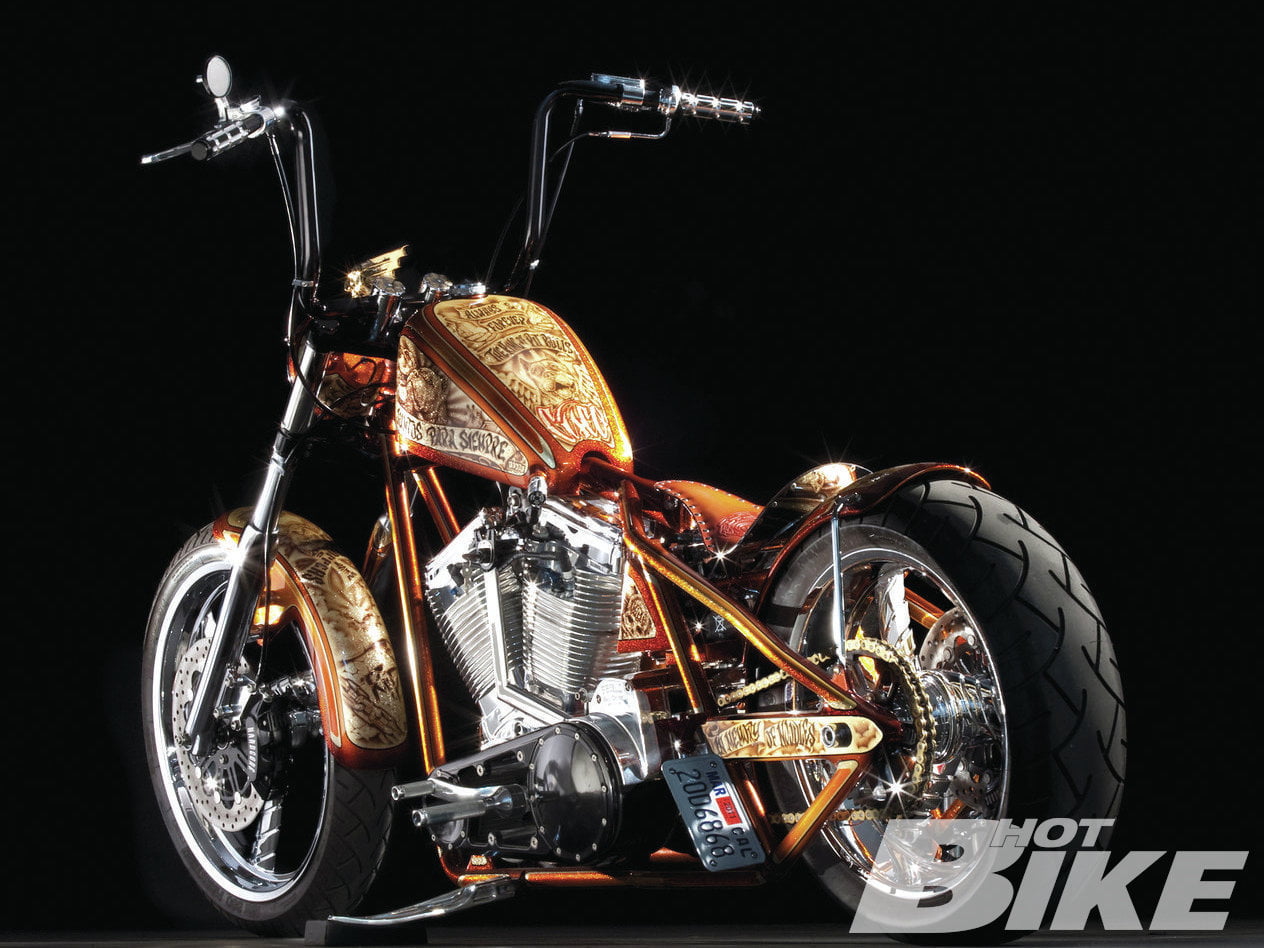 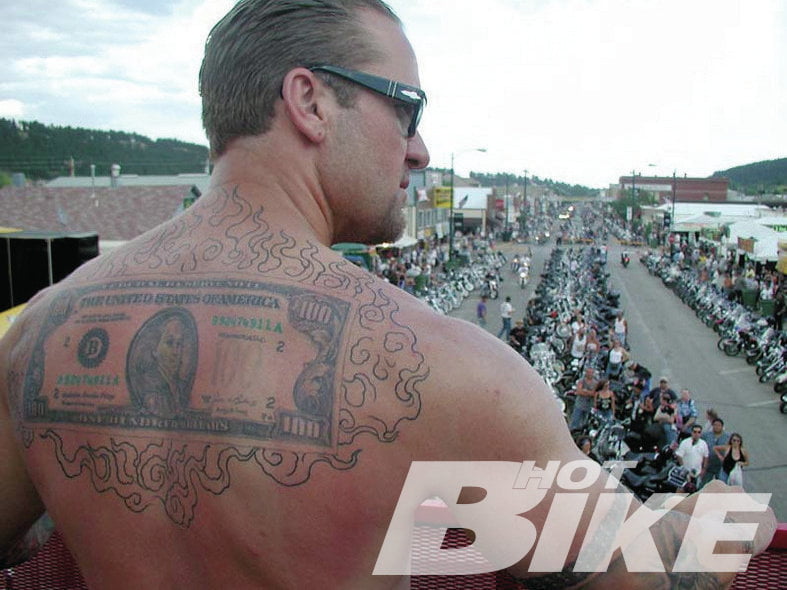 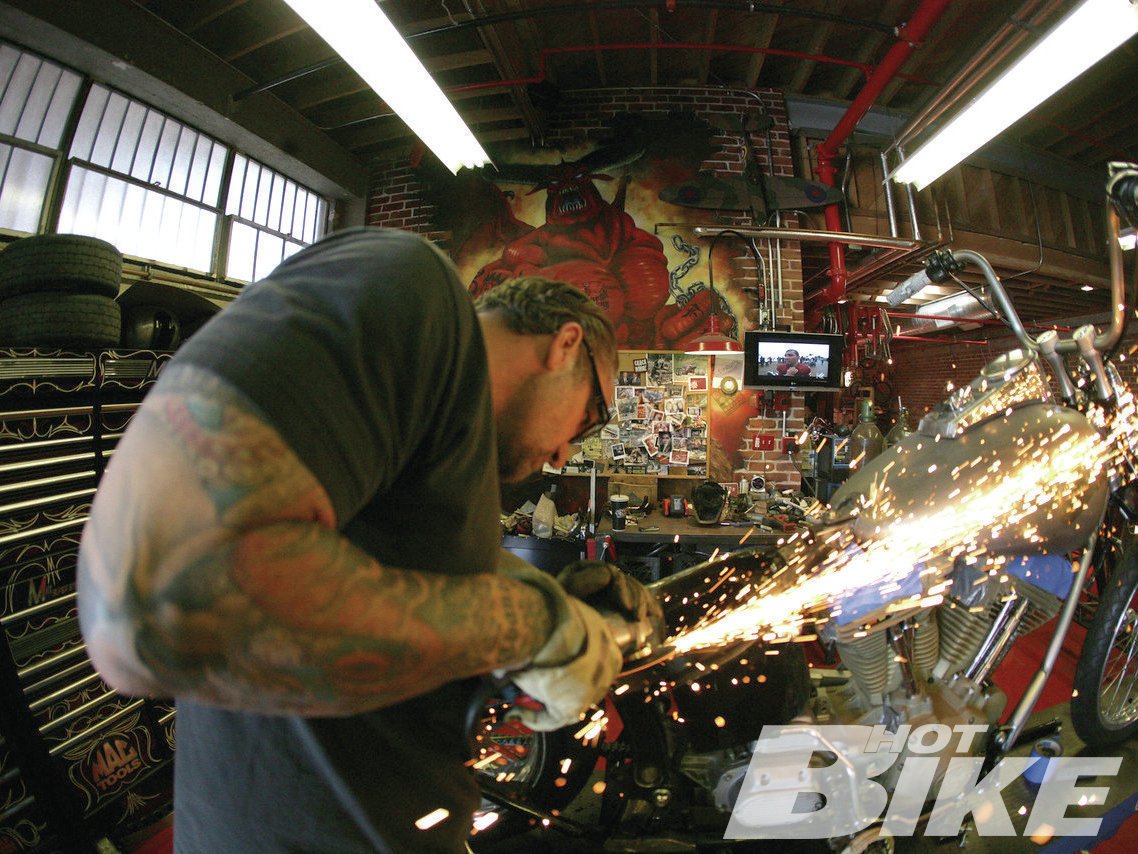 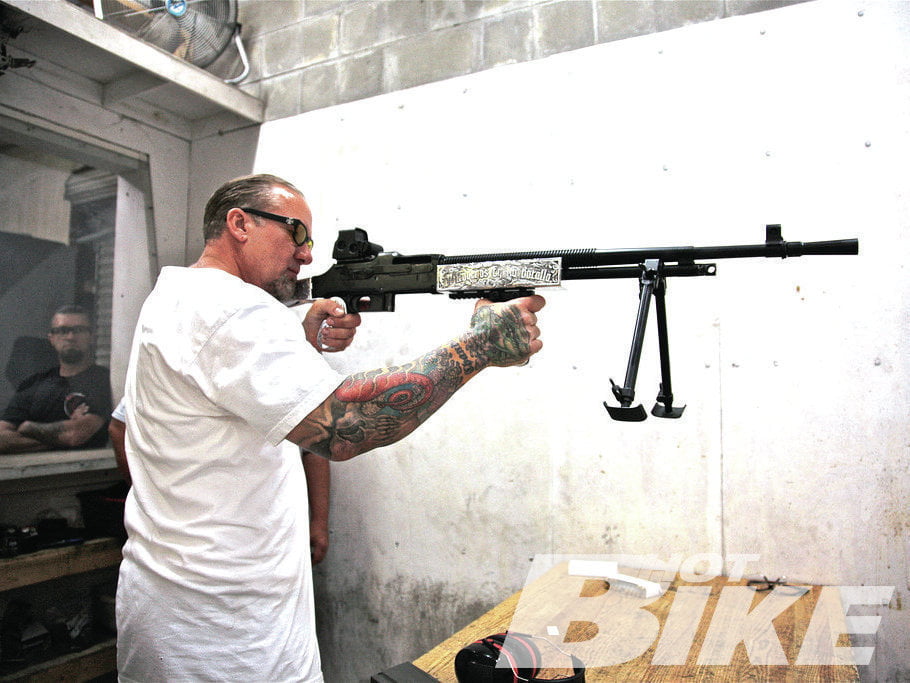 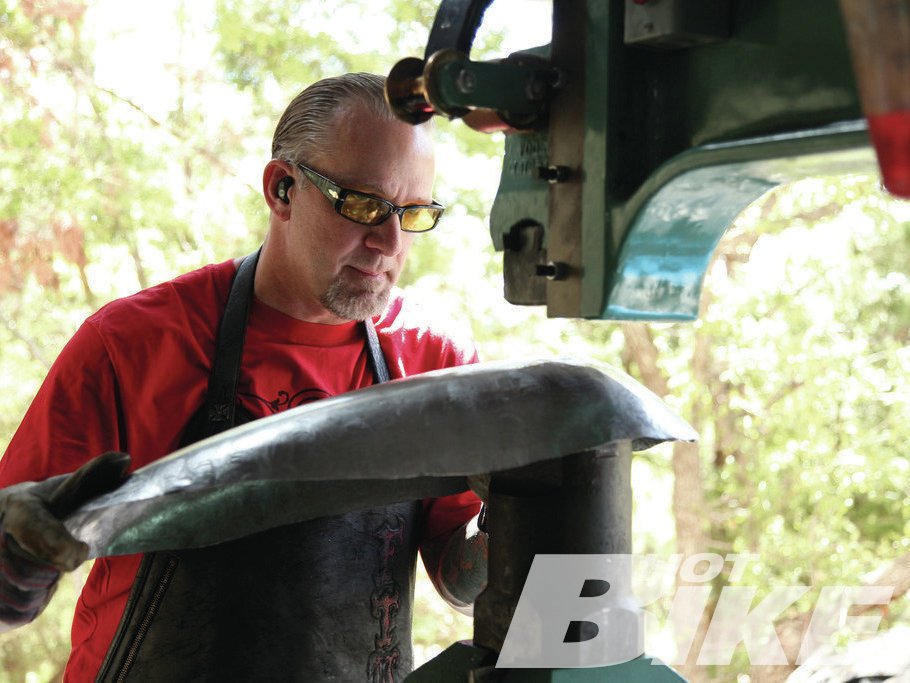 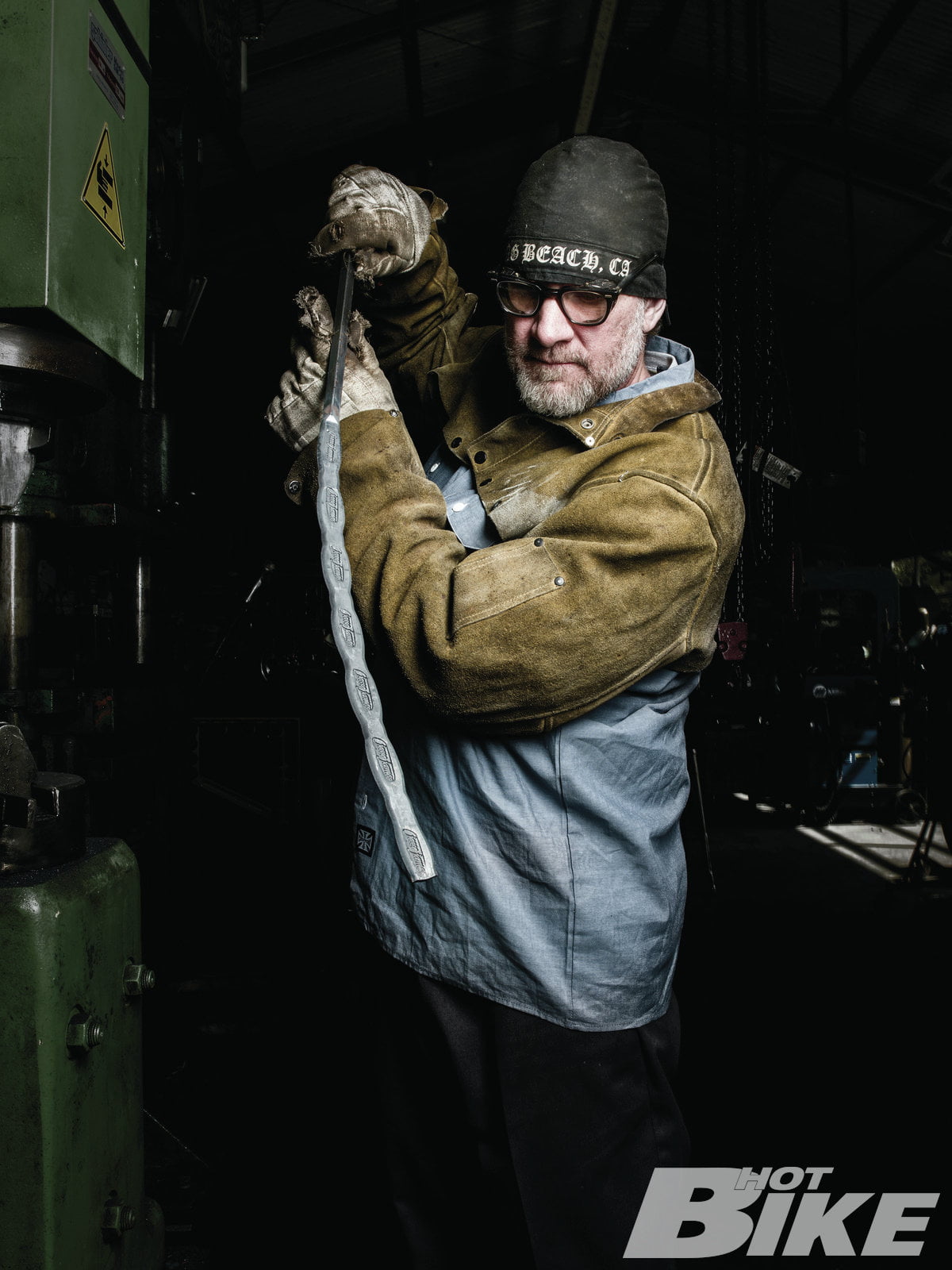 Jesse James has informed the world that he is indeed flying the West Coast Choppers flag again, but this time with a healthy dose of 20/20 hindsight and a promise to himself to keep it fun.

From the man who started the chopper resurgence in the ’90s and changed the world’s thinking regarding heavily tattooed blue-collared workers, Jesse has again flipped the bird to any and all doubters with this decision.

Sure, it is exciting news that Jesse will be firing up his torch and planishing hammer from his home base of Austin, Texas, and getting back into the game that he himself single-handedly created from his own blood, sweat, and tears. But this whole situation is not really a comeback in any sense. Jesse never really stopped constructing choppers or creating controversy in the world of motorcycles. He just stopped building bikes and parts under the West Coast banner for people other than himself.

It wasn’t for a lack of business. Even in this poor economy West Coast Choppers was cranking out bikes, a solid line of componentry, and selling as many soft goods as could be stitched and printed. The issue at that time was the suffocation Jesse was feeling by being tied to a giant that he had a declining interest in. Instead of selling out in a split second and walking away from his company like most would have, he closed his creation’s doors just as abruptly as they had opened so many years ago. And here we are now with an exciting new chapter being opened in the saga of Jesse James and West Coast Choppers.

We were lucky enough to pin down Jesse long enough to talk with him about his time away and what is in store for the future of West Coast Choppers. Here’s what he had to say.

With the resurrection of WCC, do you think you are you now coming full circle?

JJ: I think that I am. With the way WCC ended up, it became what I hated about the motorcycle industry when I started out building bikes. I used to like to go to the rallies in a van with a couple of shirts and one bike, then one day I just looked around and I was the one with the big rig filled with every kind of merchandise and a dozen or so bikes. Now, I really just want to keep the WCC tradition alive and keep the shop like it was in [the] Paramount [location] days before TV and all that stuff happened.

It seems that with your time away from bikes that the artisan inside you has been able to grow with things like blacksmithing and the non-functioning items, like the key chains you sold on etsy.com.

JJ: Yeah, it was just a way to get away from building bikes and to be able to get some alone time to get my mind off things. Plus it has helped me become a more well-rounded metalworker.

What is the deal with this incarnation of WCC?

JJ: It seems that with the current state of choppers, guys are mostly either using old Harley parts or there are just imported parts from overseas. So, I am going to build cool shit, but keep it fun and within a manageable size by hand-making bikes one at a time and parts in short runs.

What parts are you going to be fabbing?

JJ: Some mid controls along with a few other parts that we know people want or can’t get anywhere else.

JJ: We are working with Daytec on building our CFL frames in the USA. We are also talking with some builders in Europe to build frames with a TUV certification so that they can be legal over there.

How are you going to be selling these parts?

JJ: We are going to be selling most of them on eBay. Even though WCC was the first motorcycle company with an e-commerce website and one that did very well, I just think having a store on eBay is easier to manage and market products through at the time being. Plus it will keep backorders and stuff like that out of the equation.

What is up with the new westcoastchoppers.com site then?

JJ: It’s going to be for T-shirts, hats, and other wearable things for now. It will also be full of a ton of archive photos of past and present bikes, cars, and stuff like that too.

So you are going to be building complete bikes again as well?

JJ: Yes. We will be building three to four bikes a year for customers and I am sure a few for ourselves as well.

A how-many-man operation is the new WCC?

JJ: Right now it’s going to be me and three other guys. Just the right size for what needs to be done.

What else should we be expecting from WCC?

JJ: We will have a ton of stuff, but I can’t tell you everything just yet. You are just going to have to stick around and see.

Honoring our servicemen and servicewomen is an easy concept to get behind. Every day they put their lives on the […]