Ride Among Us | 2010 Albatross Road Rage 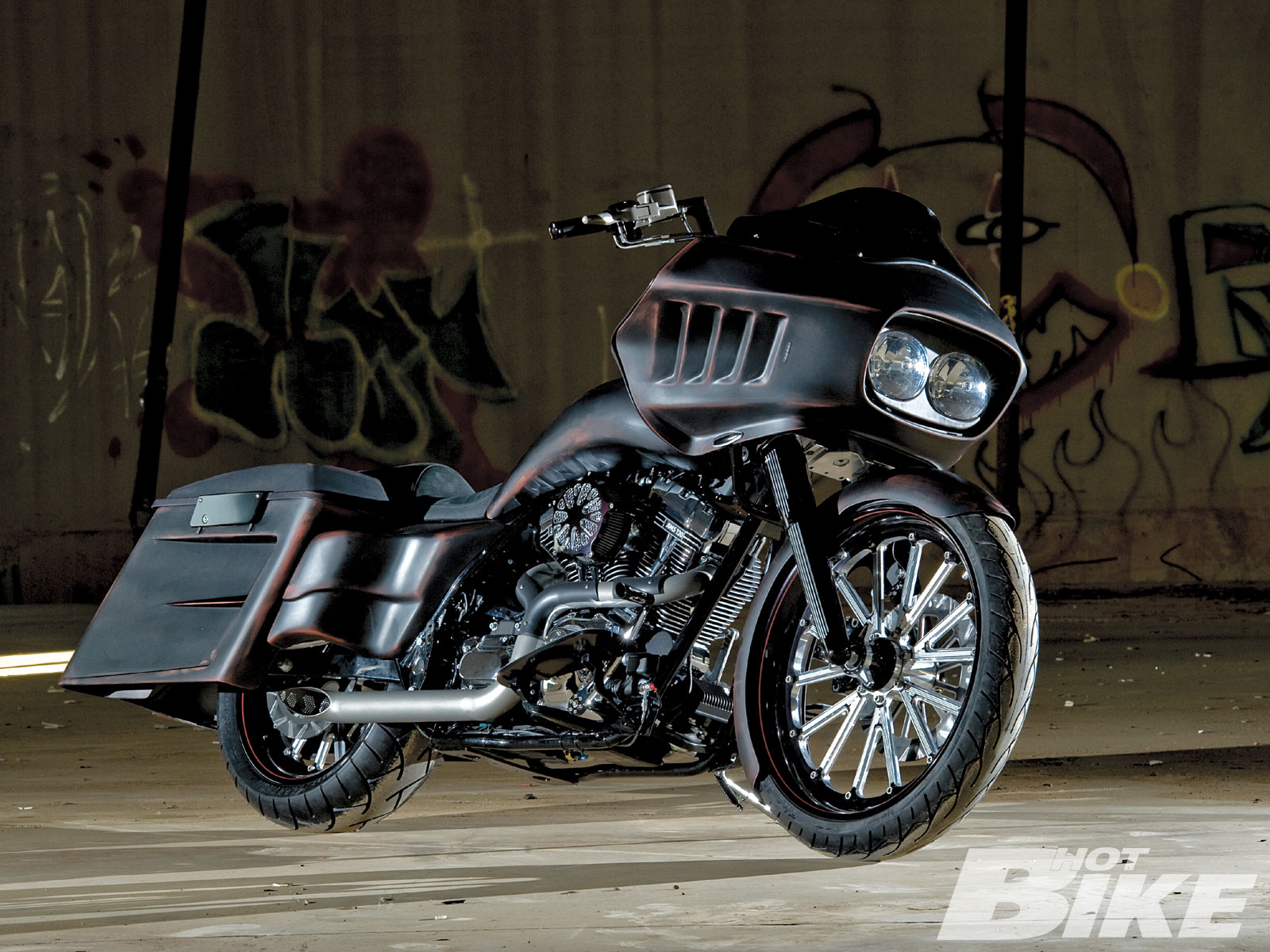 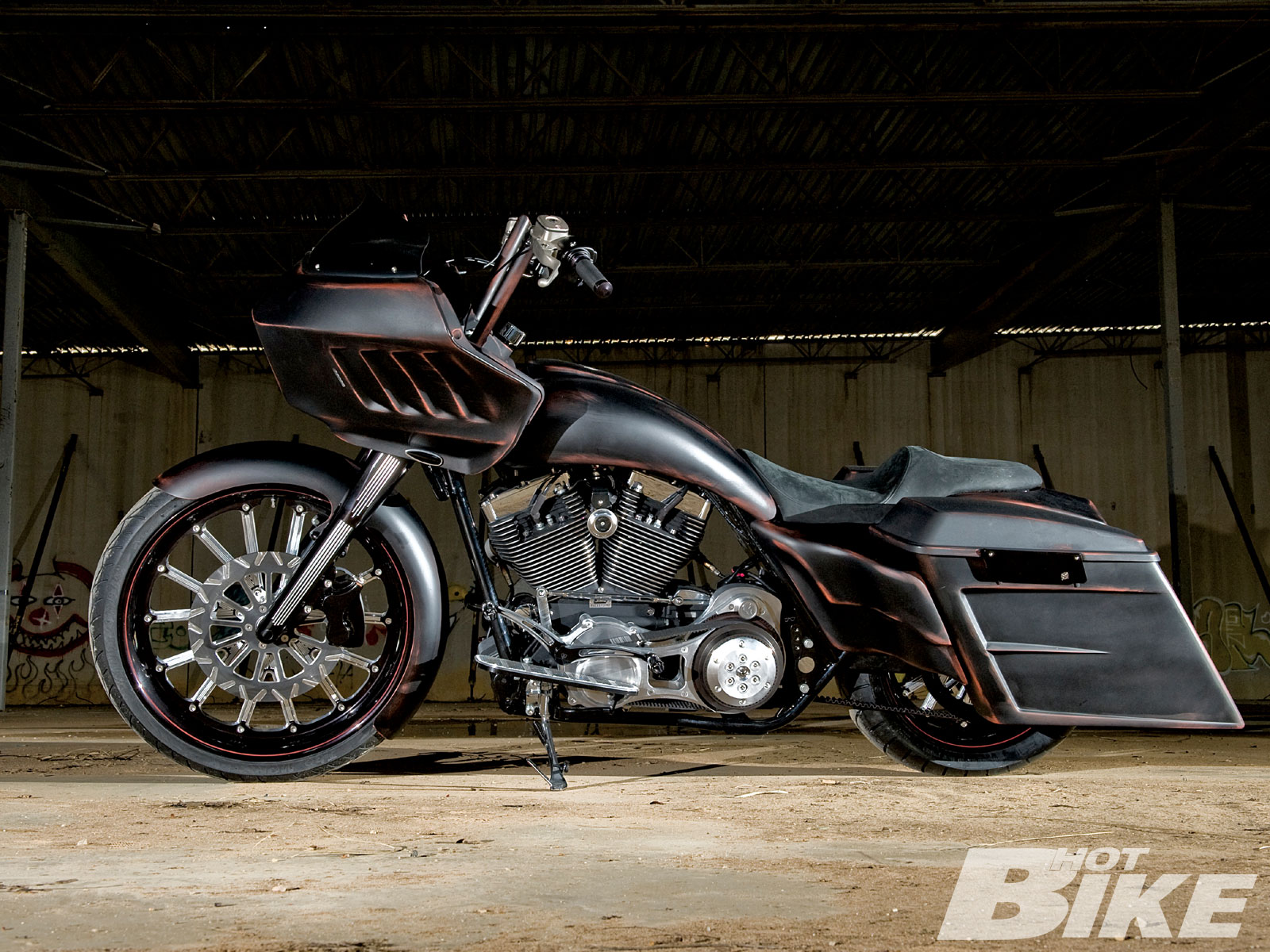 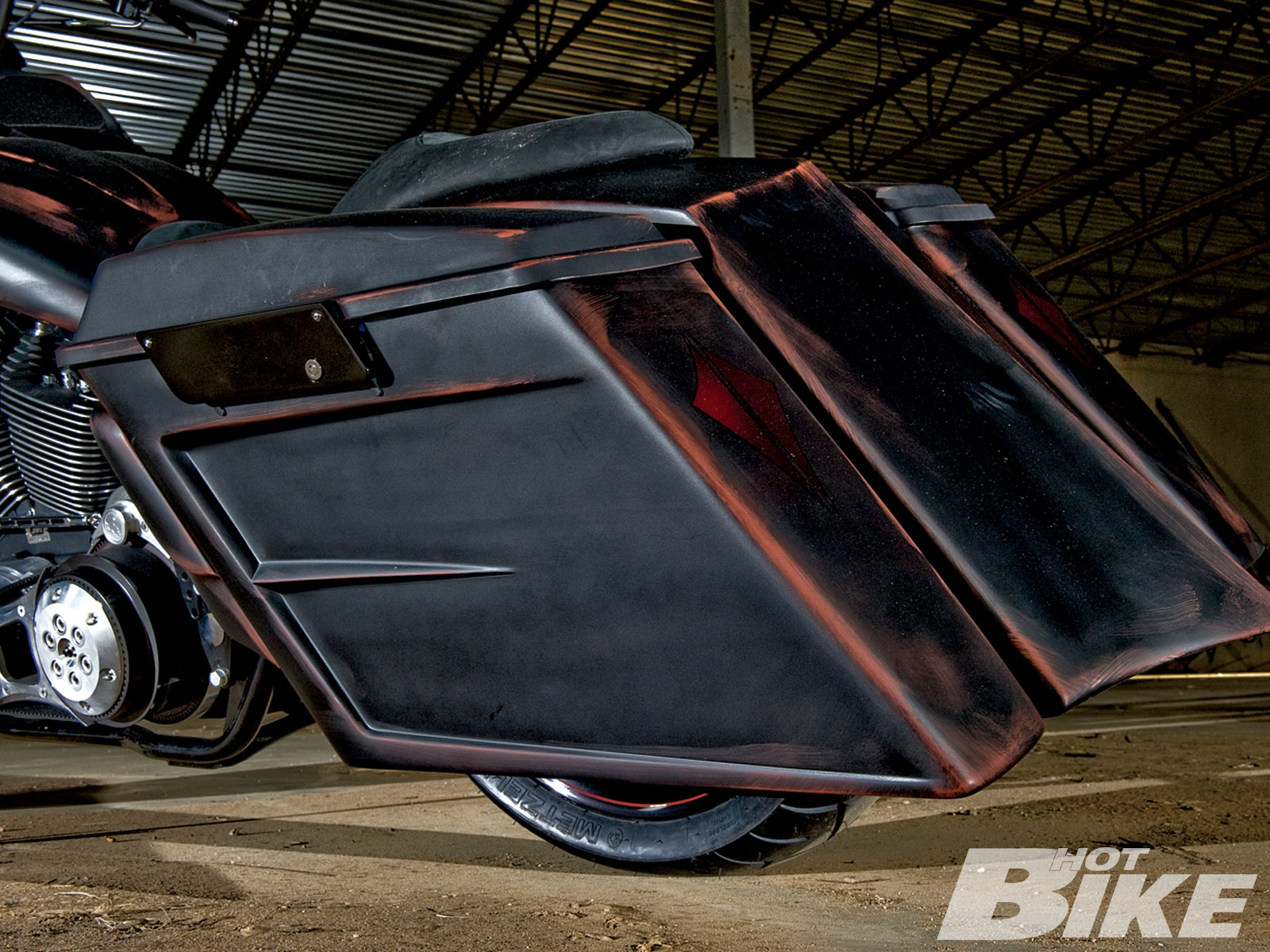 “All of this sweet bodywork is made right here in the good old U.S. of A.” 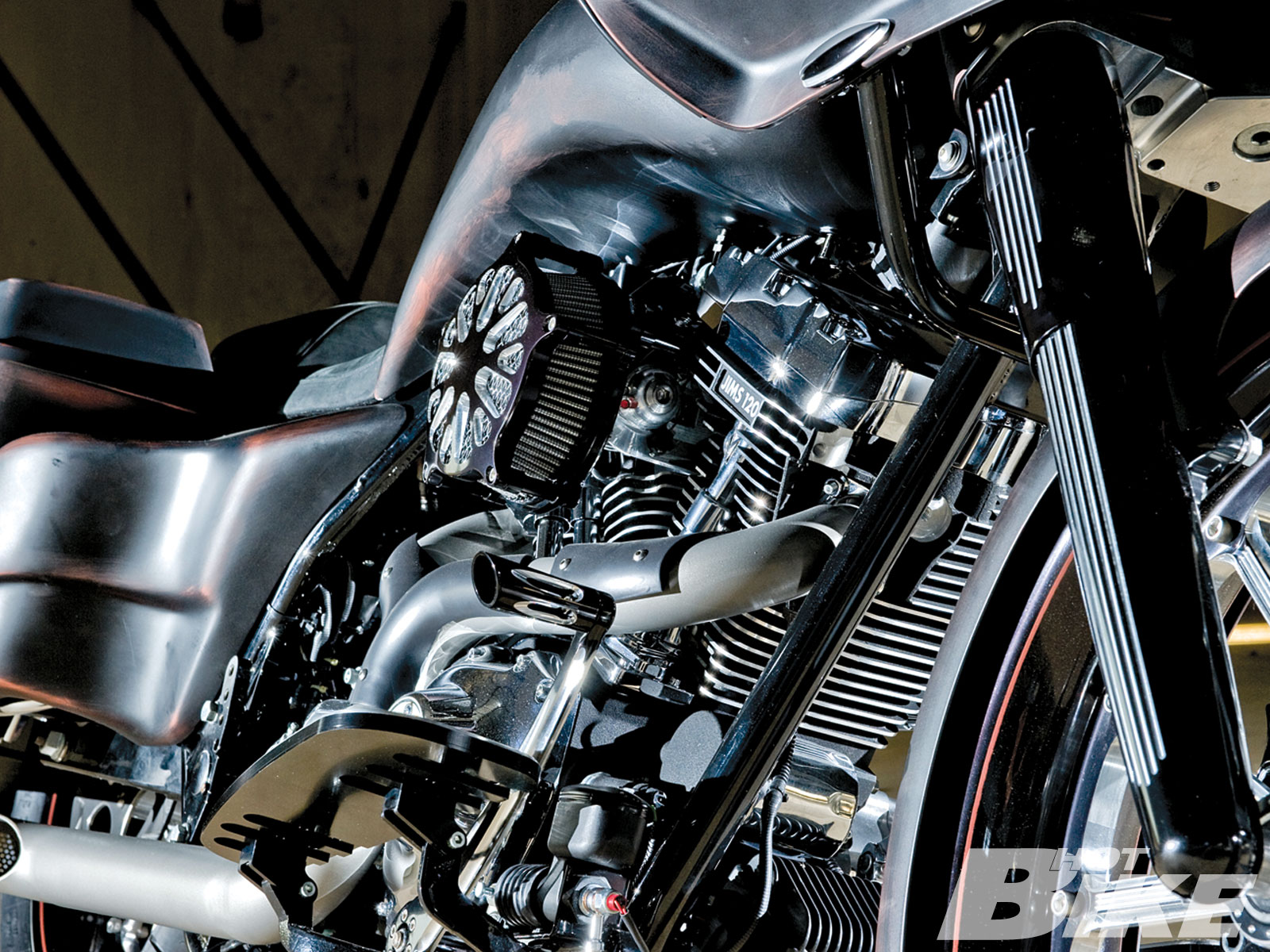 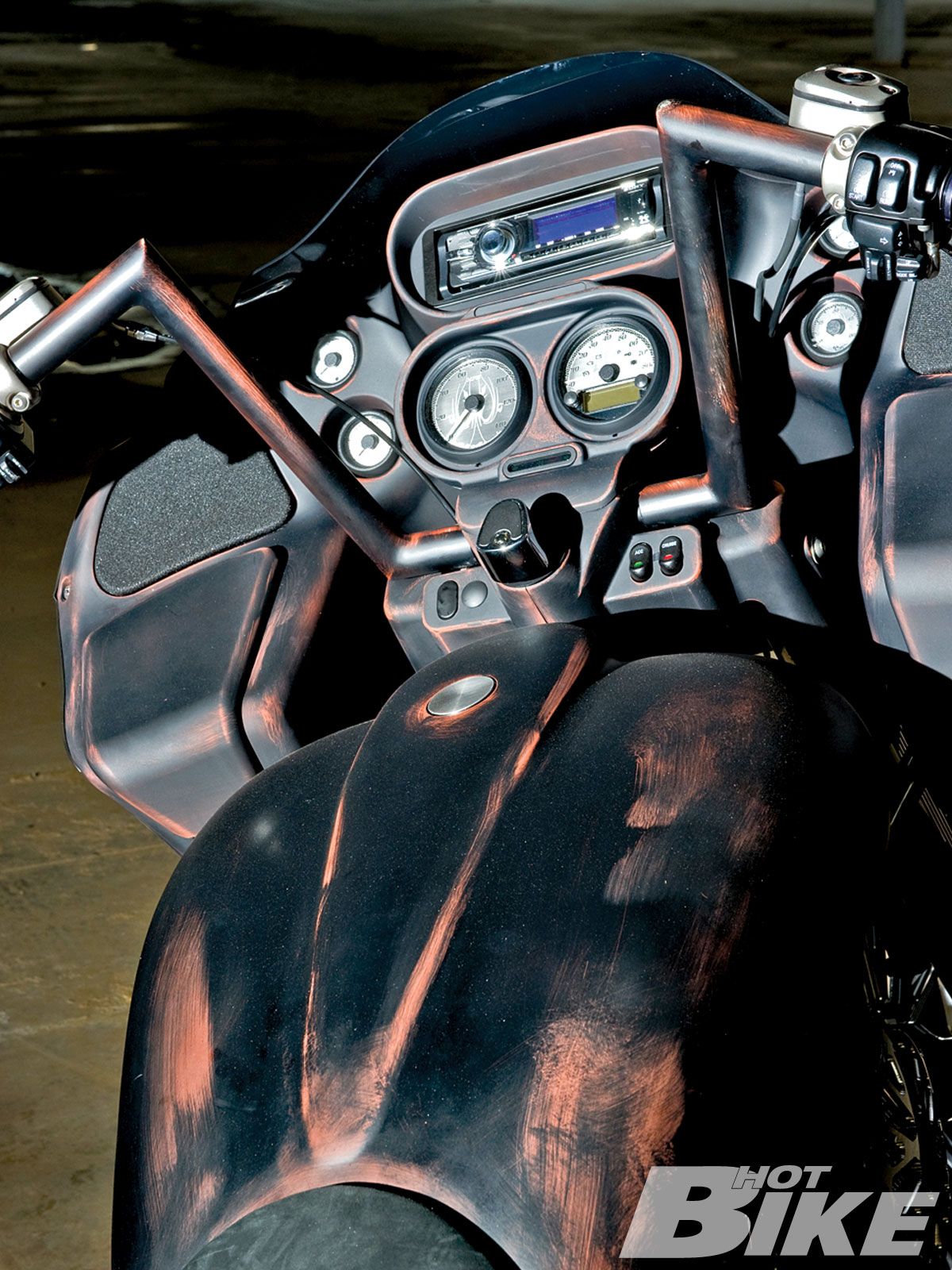 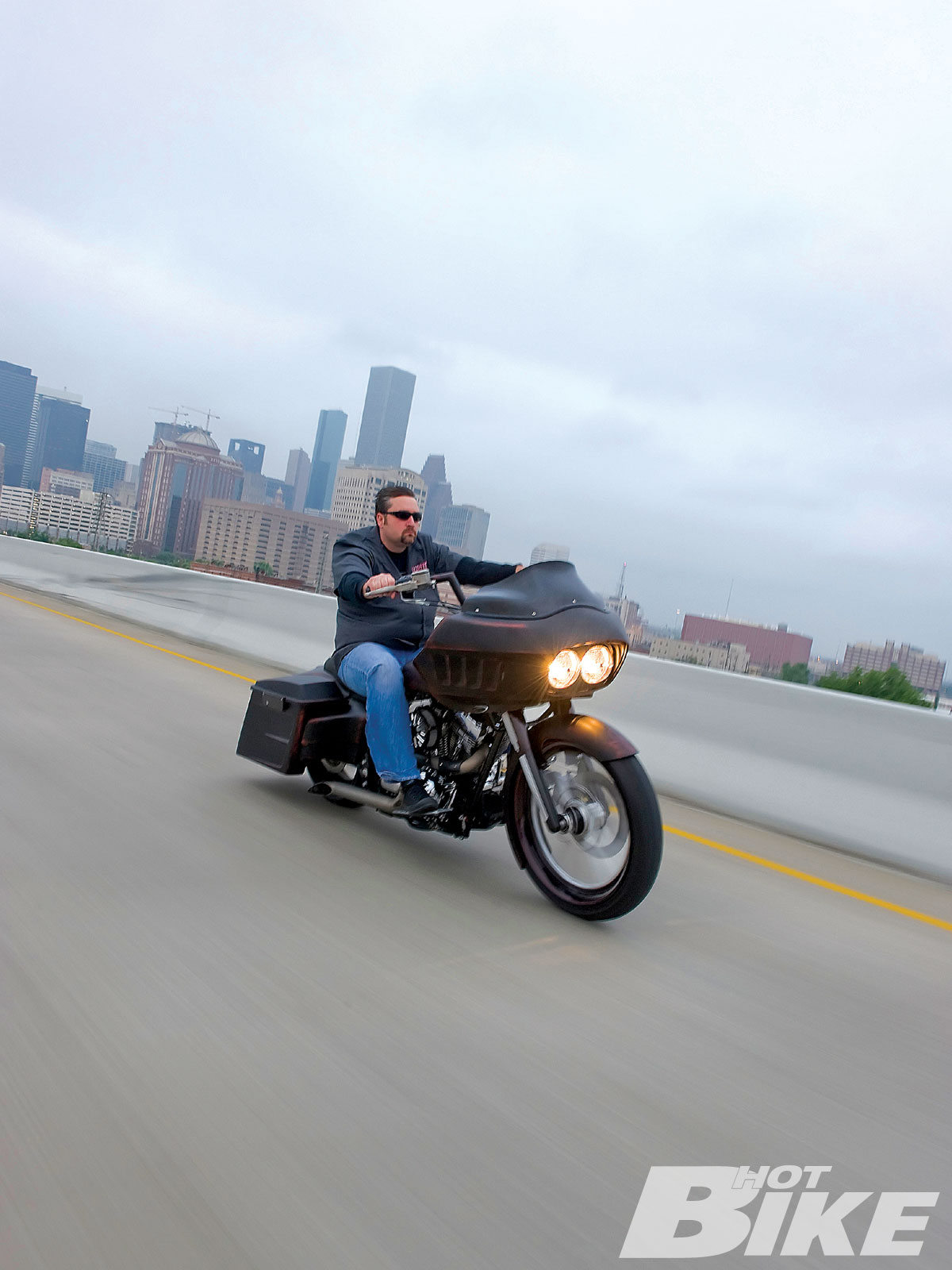 The Albatross Road Rage was Misfit’s exercise in darkness. 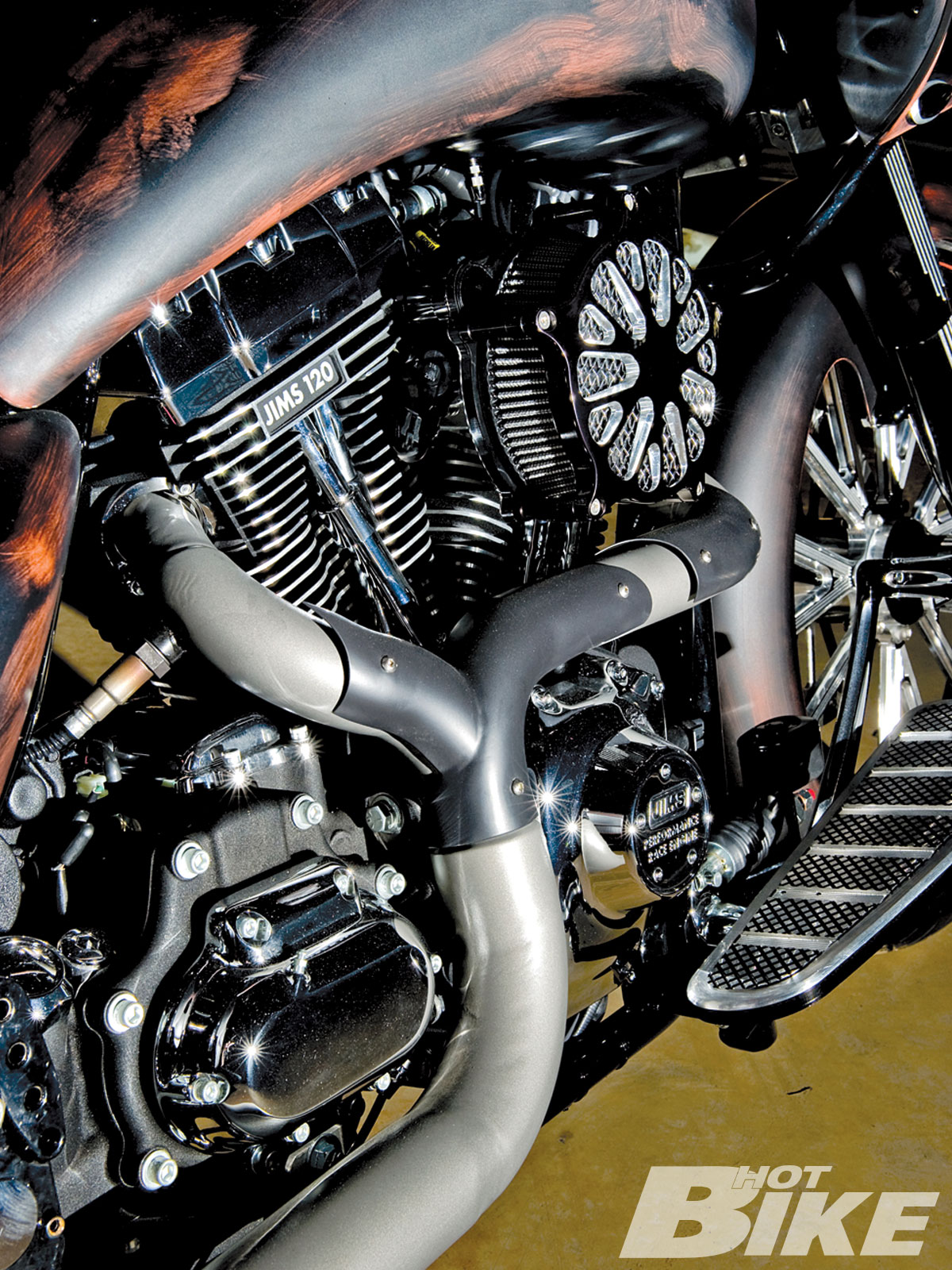 Hailing from Magnolia,Texas, the crew at Misfit Baggers are truly doing it their way.

Misfit has been customizing hot rods and motorcycles for decades and looked at hot rods as inspiration to build a market for itself within the motorcycle parts industry. When it started building production bikes with OE-style parts, Misfit was unhappy with the lack of useable products, whether it was frontends or saddlebags to install on its custom touring bikes. It was then that Misfit decided to build the ultimate custom bike that anyone could own; the Albatross Road Rage. Yes, this is a production bike folks.

When creating this way-out and wonderful turn-key bagger, the guys at Misfit did not start out with a used Harley-Davidson frame and convert it to their liking. This bike was created from the ground up starting with a completely custom frame garnering every detail that they wanted. Coupled to the frame is one of Misfit’s 23-inch wheel conversions, which includes a set of raked triple trees, so there was no need to cut up the frame to make it work. Misfit even claims that the big wheel enhances the ride quality of the Road Rage. Out back the bike rolls on an 18×5 1/2-inch wheel with a Vee Rubber 200 tire wrapped around it.

Powering the bike is a Jims 120ci monster motor that is controlled by a ThunderMax-based EFI system with Auto Tune. The engine is backed by a foolproof Harley-Davidson six-speed bagger tranny. The primary is a tough-as-nails Tech Cycle beltdrive unit. Sucking in the air is a 54mm Zippers throttle body and blowing the spent gasses is a set of Misfit’s custom 2-into-1 pipes.

Control wise, the Albatross has a set of Misfit’s Road Rage handlebars with OE-style Harley-Davidson hand controls. Down below, a set of Arlen Ness foot controls are coupled with a set of Misfit’s own Bagger Boards floorboards.

The bodywork on this bagger is what really stands out and Misfit is yet again the brainchild of these scalloped fenders and fairing, smooth side panels, as well as the stretched and scalloped bags. All of this sweet bodywork is made right here in the good old U.S. of A. To stay true to the hot-rod theme, Misfit sprayed the bodywork flat black then added a bit of fake patina by sanding through to the primer to make the bike look like it spent some time alongside the farmhouse before being rediscovered and ridden.

With its slammed stance and boulevard crawling attitude, there is no doubt that this is one sleek flat-black hot-rod-inspired riding machine. If this bike really tickles your throttle arm’s funny bone, then you may want to give Misfit a jingle because it is only building 25 of them. And word on the street is these badass bagged babies are selling fast!

Techmount offers a wide selection of mounts to securely attach almost any electronic device to your motorcycle. Mount anything from […]

For additional versatility, this bag can be equipped with an optional Premium Shoulder Strap (P/N 93300014, $14.95). Courtesy of Harley-Davidson […]

This Guy Knew Just Who To Call…