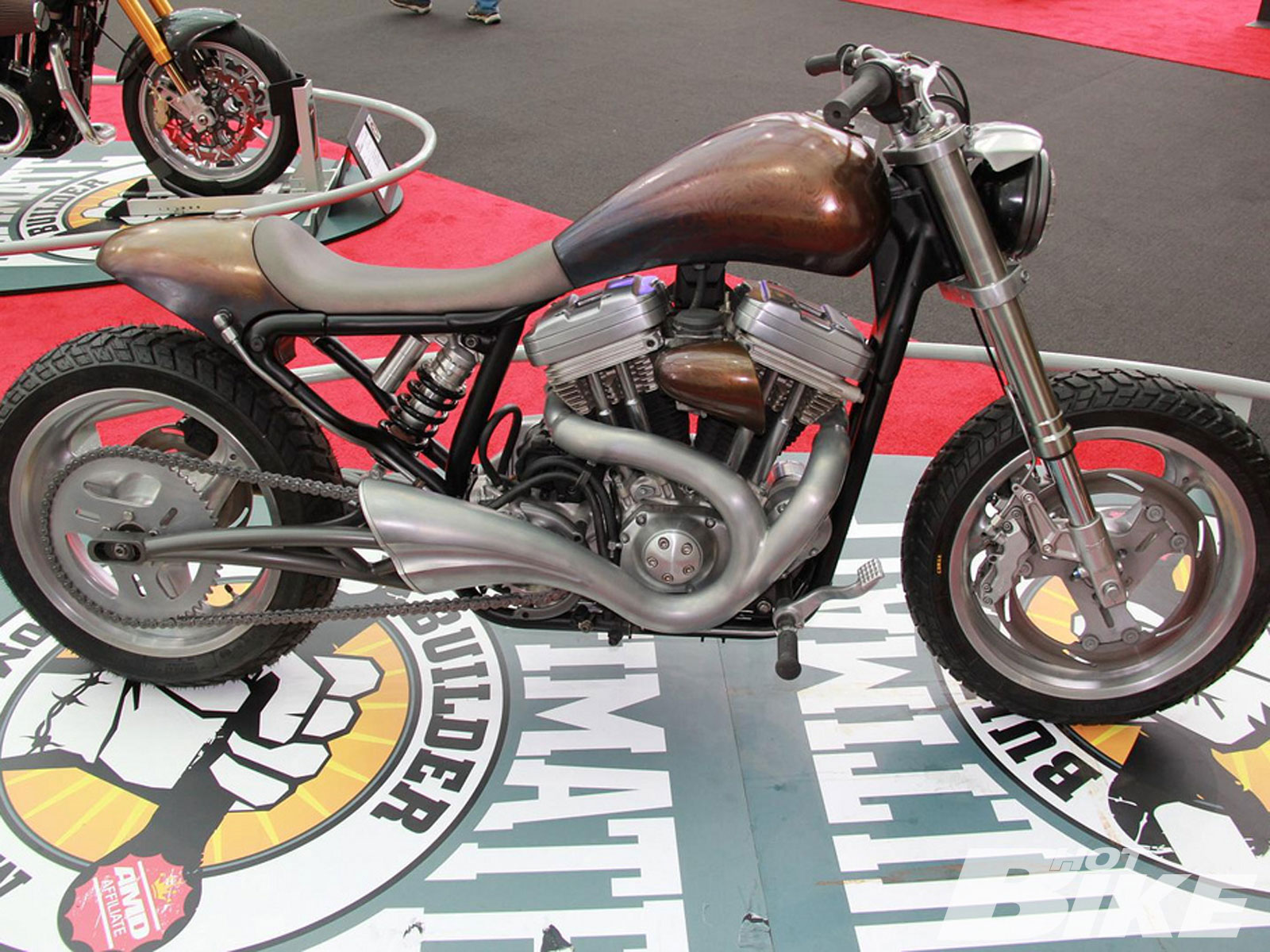 Joe Cooper of Cooper Smithing Co. won the HOT BIKE Modified Harley-Davidson class with his bike GunBaby, that;s based around a ’99 XL1200. 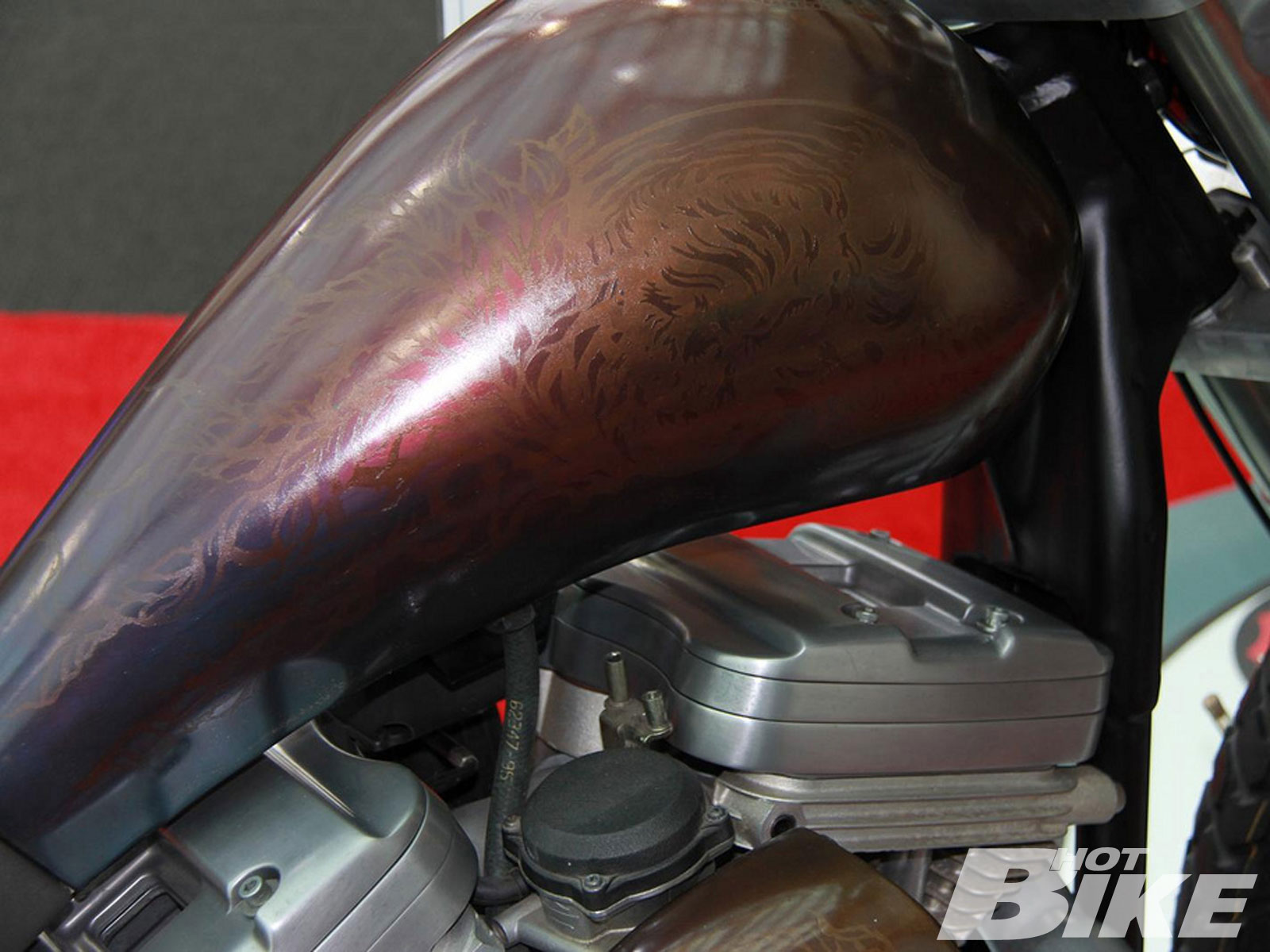 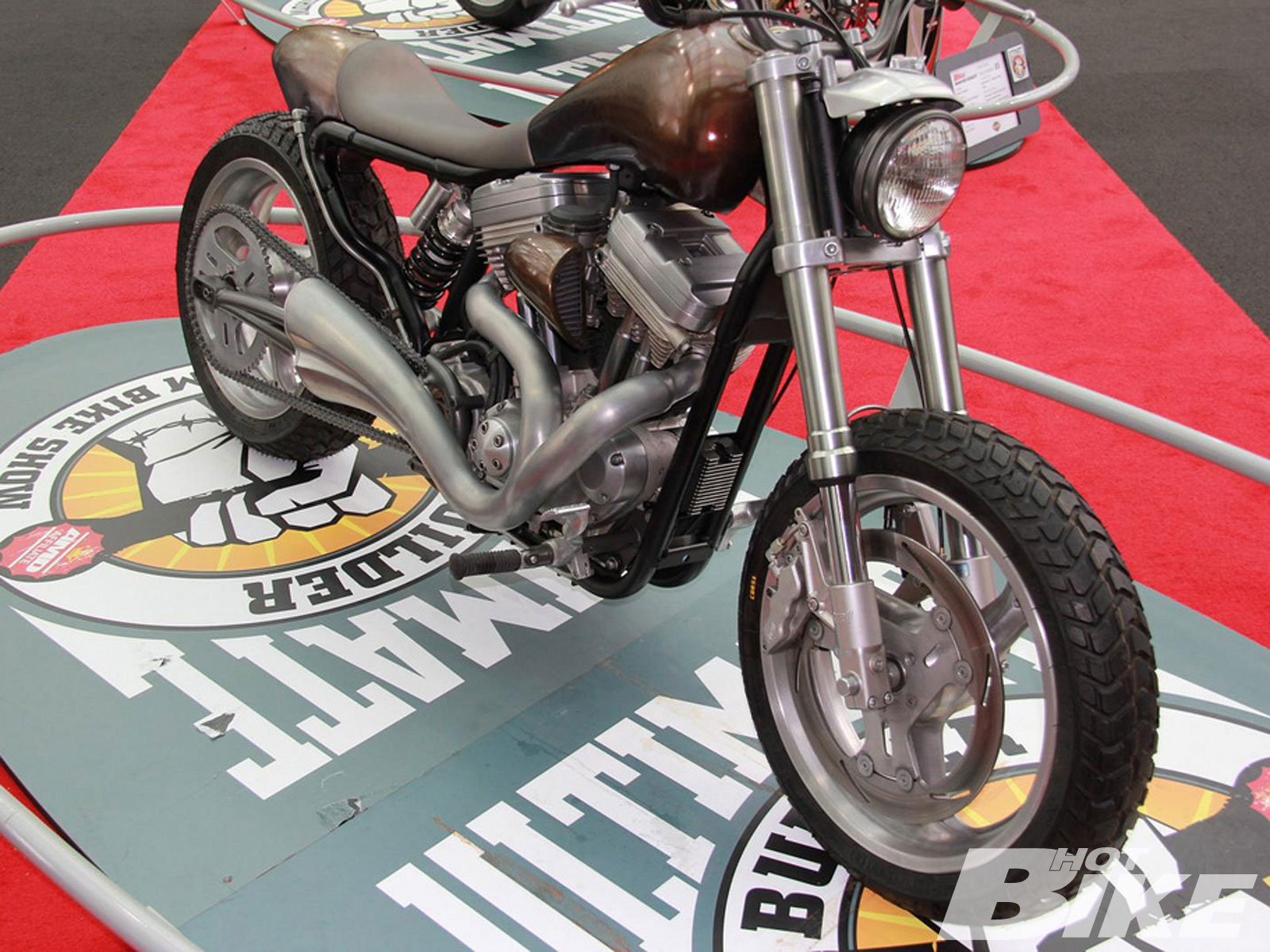 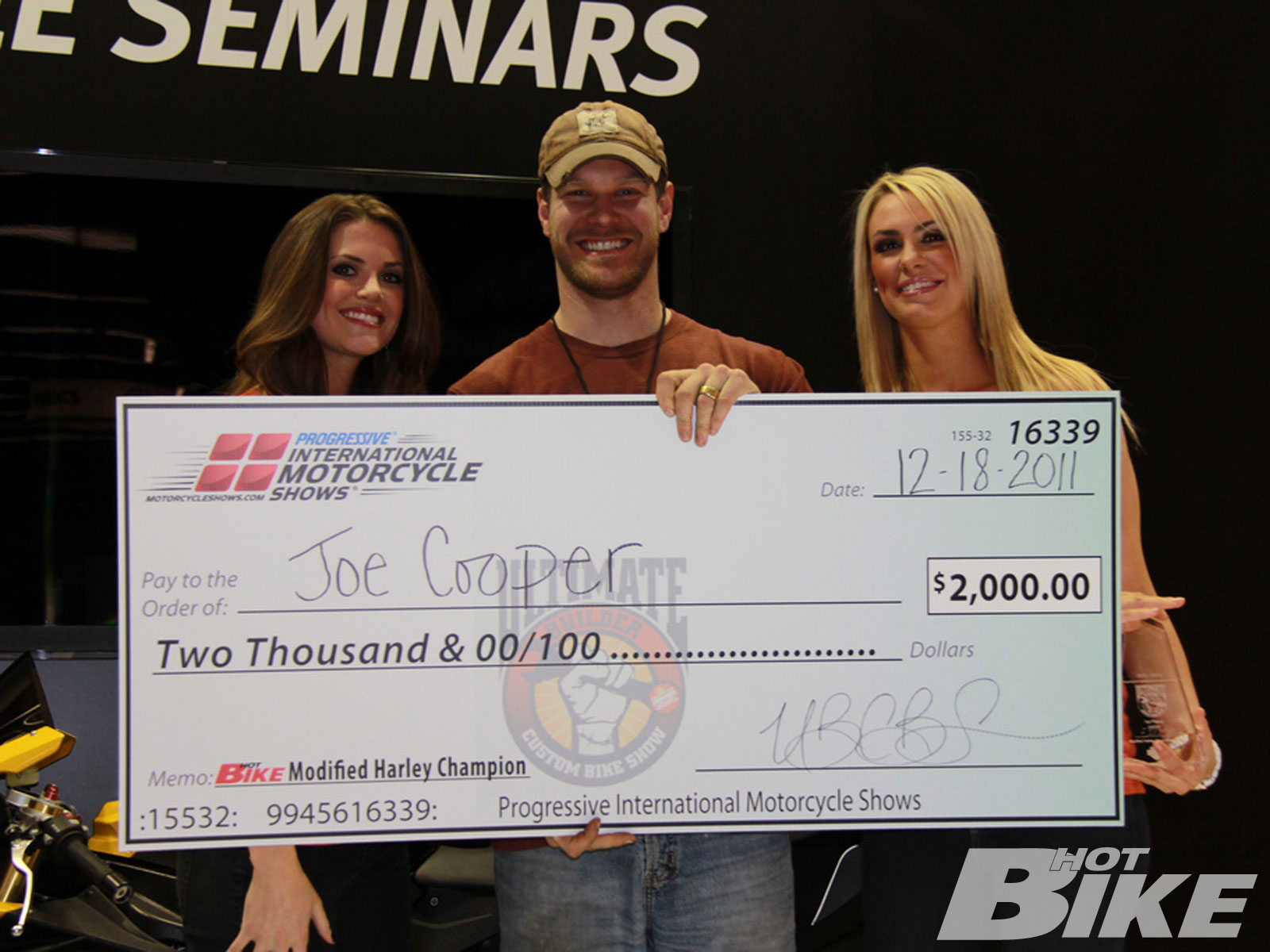 Joe picking up his check for 2Gs. 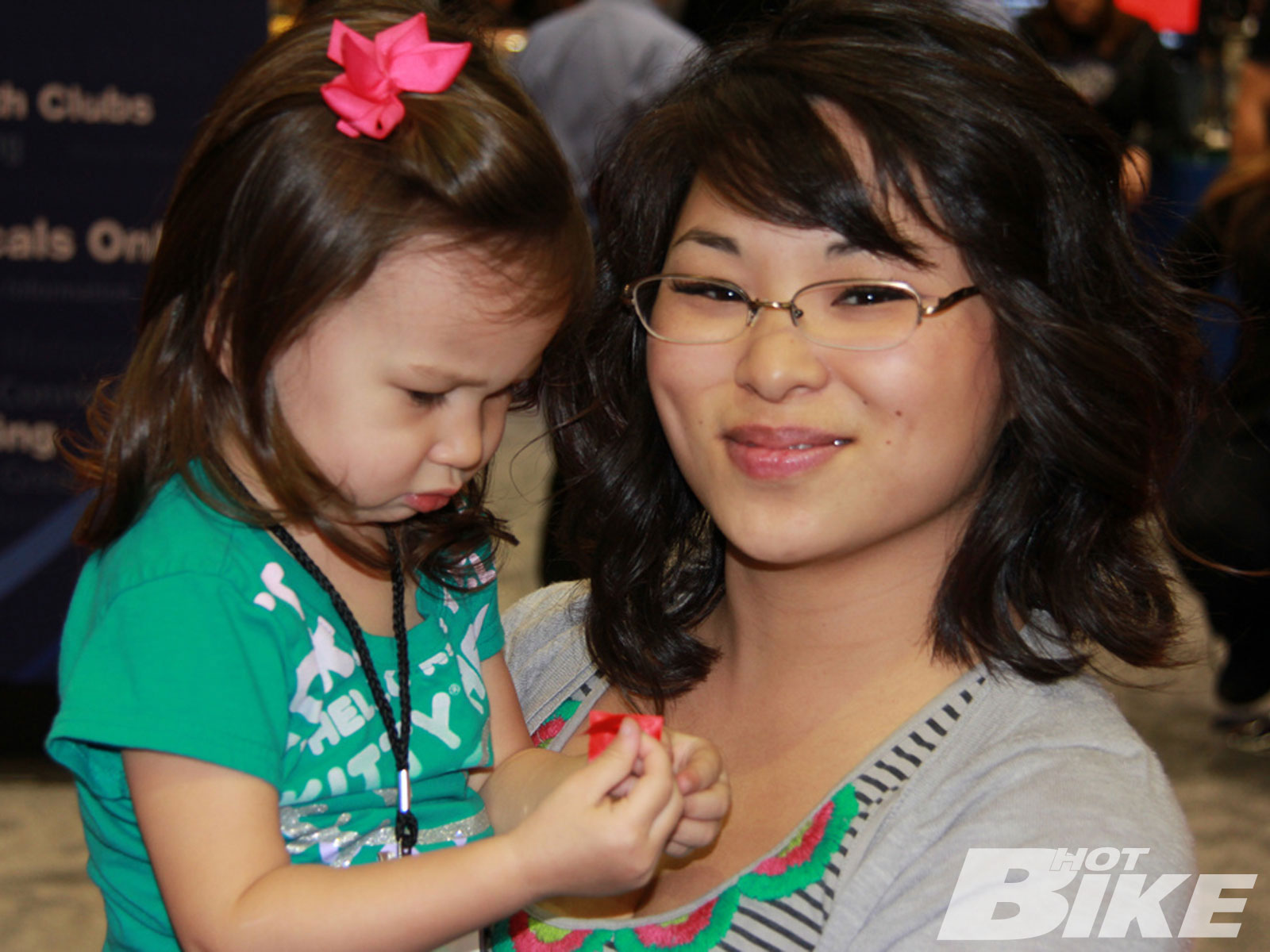 Joe’s family was very proud, and ready to spend some money. 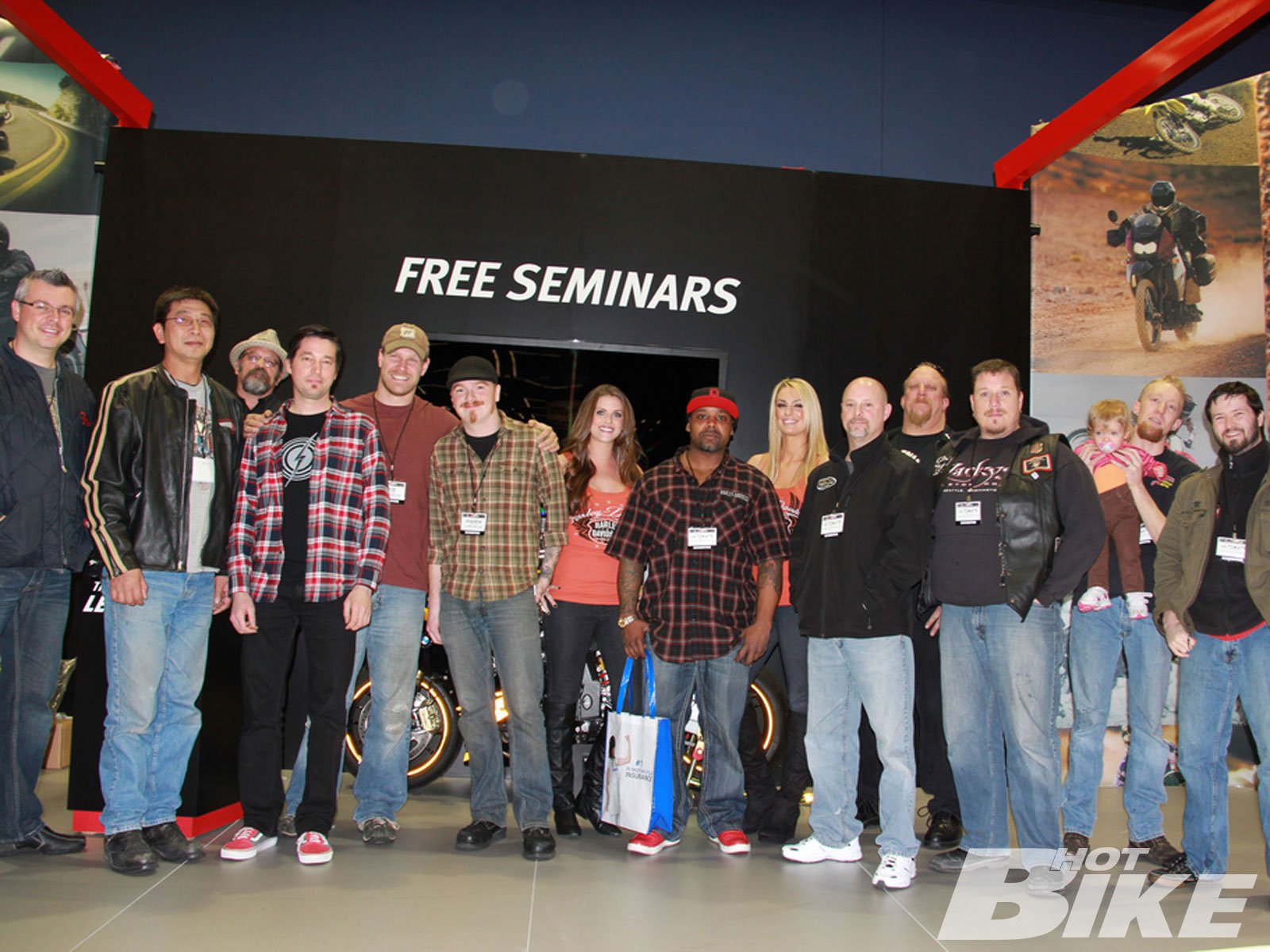 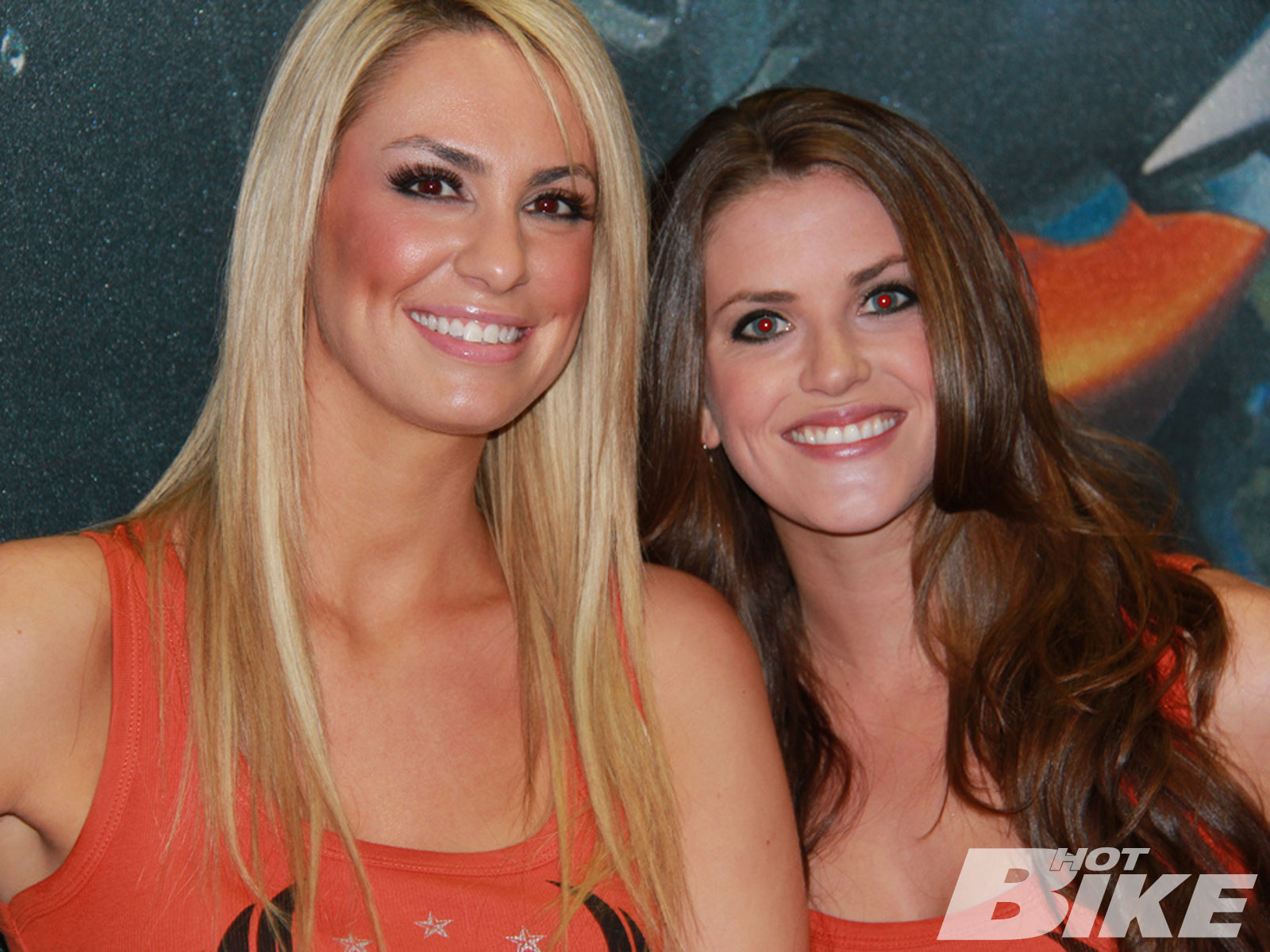 Joe Cooper of Copper Smithing Co. brought GunBaby to the Ultimate Builder Custom Bike Show. The bike he brought to Seattle came back to him from a build nearly 3 years ago. The bike was sold off as a project and Joe hadn’t seen it since. Low and behold it found its way back to Copper Smithing Co. virtually unchanged from where the firm had left it. Initially Joe was excited, but he soon found that 3 additional years of fabricating experience left him unsatisfied with a few parts previously built. Some of the updates to the bike include the tail section, rear sprocket and timing cover.

Even though the tins look painted, they are actually raw. They have been etched and dipped in acid. As you walk around the bike the tanks throw off different hues, which reveal the design.

GunBaby toolk 1st place in the Mod Harley class at the 2011 edition of the Ultimate Builder Custom Bike Show. The firm’s website is located at http://coopersmithingco.com.

“Motorcycles hold a unique advantage over every other vehicle in terms of simplicity of design, power and weight, and dynamic versatility. Plus, they’re absolutely beautiful,” said Joe Cooper. “It’s with this passion I build motorcycles by hand in Buckley, WA, and when I’m not day tripping with my family or chasing the animals around our yard, I’m in the shop building bikes or out on the road riding one.”

Bell has went back to the lab to make improvements to an already great helmet, the legendary Custom 500. A […]

Feuling has had its high flow oil pump out for a couple of years now, and we were able to […]