Home » Uncategorized » Sturgis Updates And Other News – Inside The Industry

Sturgis Updates And Other News – Inside The Industry 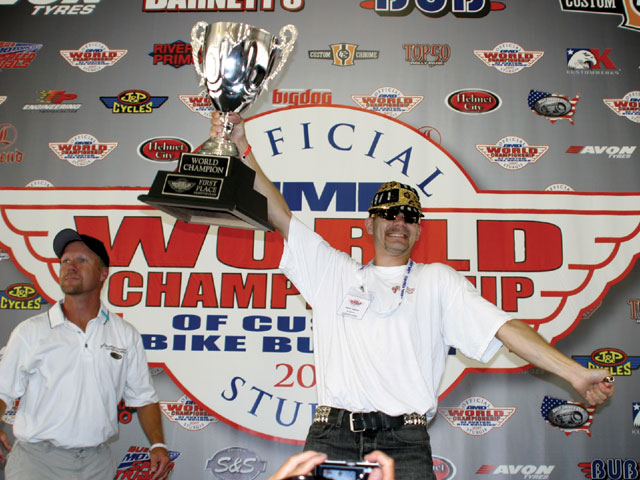 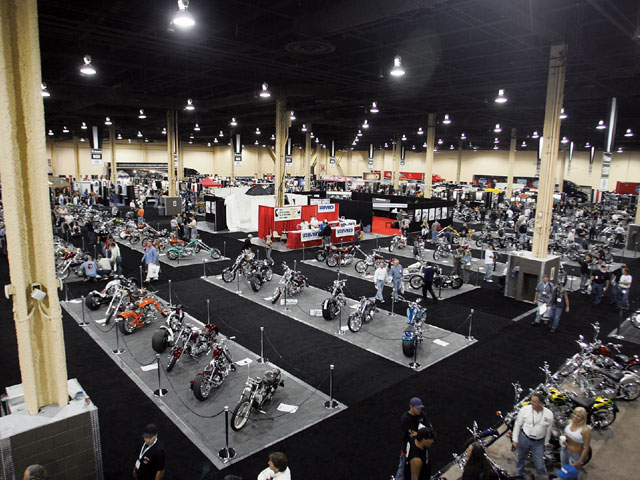 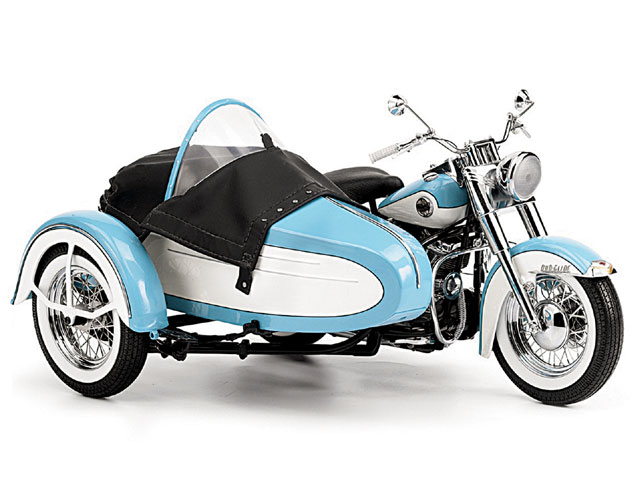 Minting HistoryThe Franklin Mint recently announced the release of this limited edition die-cast 1958 Harley-Davidson Duo-Glide with sidecar, to help celebrate Harley’s 105th Anniversary. The 1:10 scale model is an exact replica of the Panhead-powered machine and is comprised of more than 300 parts. Production is limited to 2,500 units. 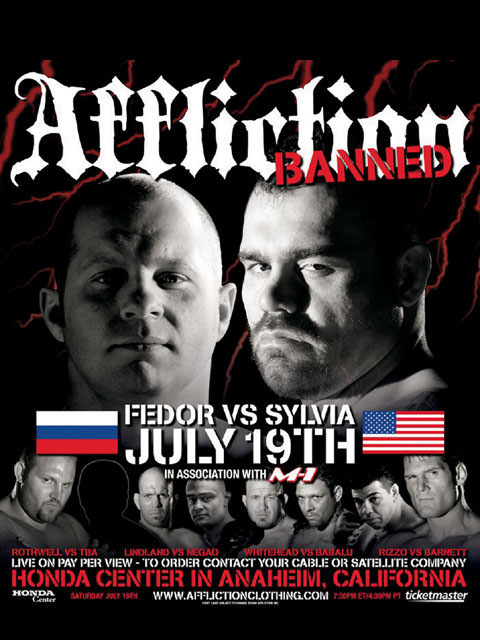 Fight NightBeer, blood, and brawling; every biker loves a good fight, right? After adorning the torsos of some of the best MMA fighters in the world, Affliction Clothing is taking things a step further and recently announced its own Mixed-Martial-Arts pay-per-view event, “Affliction Banned,” to be held in Anaheim, CA, July 19th. Leading the top of the fight card is a real life Rocky IV matchup for the new millennium, as former undisputed PRIDE heavyweight champion and Russian M-1 legend, Fedor “The Last Emperor” Emelianenko and former 2-time UFC heavyweight title-holder Tim “The Maine-iac” Sylvia battle it out. Even the undercard matchups in this event are promising to be a mess of blood and pain.

In it For the Long HaulWe’d like to congratulate Barnett Tool & Engineering in celebrating its 60th year in the motorcycle industry! Like many in the industry, Charlie Barnett started in his garage making parts for his riding buddies. Charlie knew he could make better parts than were being offered, and in 1948 he opened a shop in a small storefront in Huntington Park, California. The next six decades would bring in three more generations of the Barnett family, growth, new materials, new products, and state-of-the-art technology and machinery. For ’08, Barnett has added more new billet clutch baskets and pressure plates to their line of CNC-machined billet aluminum products, and their newly re-designed segmented clutch plates provide lower operating temperatures for smoother, more consistent performance and a longer clutch life. 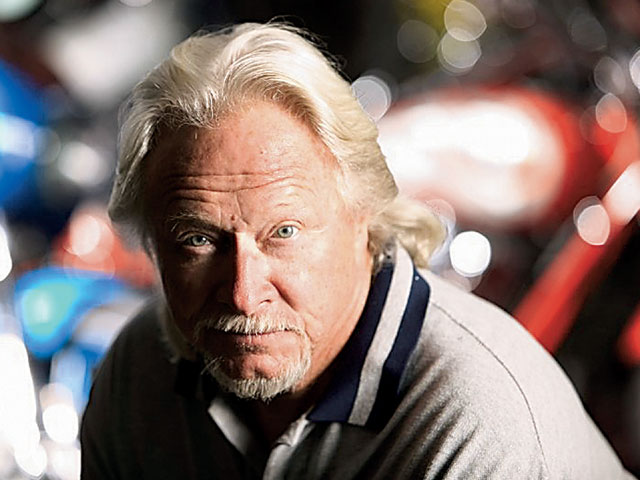 A Day At The MuseumIf you’re going to be in the Pikerington, OH, area on July 27, be sure to stop by the Motorcycle Hall of Fame Museum for the grand opening of the Awesome-Ness exhibit in honor of industry icon Arlen Ness. Curated by legendary industry photographer Michael Lichter, the exhibit will feature bikes and memorabilia from Arlen’s personal collection. The exhibit will run from July 24-June 2009.http://wwww.arlenness.com 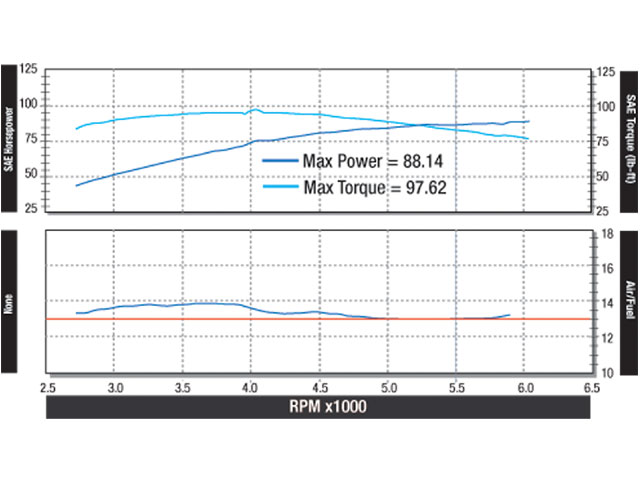 Correction:In Volume 40, Issue 7, the article entitled “Twin Cam Hop Up” used the wrong air/fuel graph and information on pages 104 and 105. This is the correct graph. Here you can see the end results: strong torque numbers right out of the hole and continuing up into the 4,000 rpm. The hp was very smooth and steadily increased well into the higher rpms. The owner stated that the bike is much more fun to ride, especially jamming around the city. Even at highway speeds, there’s plenty of muscle to get around slower-moving vehicles quickly and easily.

You can also see how the Zipper’s ThunderMax w/AutoTune system corrected the air/fuel mixture after the hop-up had been completed and ran in the optimal air/fuel range at around 13.5 to 1 air/fuel ratio.

Sturgis Updates
Don’t forget Sturgis is right around the corner, and there’s always plenty to do.

Stay Gold
Thunder Road will be home to the annual Custom Motorcycle Art Exhibition during Sturgis Bike Week 2008. Under the direction of Michael Lichter, and with the blessing of the late Johnny Chop’s family, this year’s exhibition, entitled “Stay Gold,” is being held to honor Johnny Chop, and will feature builders who approach their work with the same passion that Johnny demonstrated in each bike he built throughout his short life. This passion radiated from Johnny’s being and was enthusiastically expressed on his knuckles, which were tattooed with the eight letters – S-T-A-Y-G-O-L-D – that became the exhibition’s namesake.
www.thunderroadsturgis.com, www.lichterphoto.com

Best Meal Of The Day
Baker Drivetrain and Spectro Performance Oils will partner again on the Builders Breakfast Sturgis. One lucky up and coming builder will win a seat to participate in the event at Sturgis. The winning builder will be new on the scene and have a cool bike in the works already using a Baker Tranny and Spectro oils/lubes. This is a first of many new cool additions to the Breakfast. The 3rd Annual Builders Breakfast Sturgis will take place 10AM Tuesday, August 5th 2008 at the Broken Spoke Saloon on Lazelle. The event will include a live auction and will benefit Make A Wish, South Dakota.
www.bakerdrivetrain.com, www.spectro-oils.com.

Shameless Self Promotion
We are pleased to announce our newly appointed role as the official consumer media partner for Dealer-World USA’s AMD Magazine Official World Championship of Custom Bike Building. The event is held annually at the Builders Park during the Sturgis Rally. The AMD Official World Championships of Custom Bike Building is the premiere custom bike event, with the best builders across the globe bringing their skills of design and engineering under one roof for a shot at the most prestigious title in the industry. This partnership will give Source Interlink’s American Motorcycle Group (HOT BIKE, HOT BIKE Baggers and STREET CHOPPER Magazines) direct access to and exclusive content from the AMD’s many international Affiliate motorcycle events (see accompanying European Championship story in this issue), as well as the opportunity to offer an annual newsstand-only special edition covering the World Championships, produced by HOT BIKE. Visit Champion’s Park on Lazelle St, Aug 3-6. www.dealer-world.com, www.hotbikeweb.com.

Heart of Green and Gold
A shout-out goes to Shannon McKnight and the rest of the Dublin Mob Choppers crew and everyone else who participated in the Dublin Mob Hearts of Gold Charity Ride. Between participants, supporters, and sponsors, the event raised $3,500 for the Special Olympics.
www.dublinmobchoppers.com,
www.specialolympics.org.

Pickin’ Your Own Seat

Our Tripper Fastback saddle. Words and Photos: Jeff Leighton We live the world of true self-service. Online customization of everything […]